Jonathan Emord
|
Posted: Feb 16, 2022 12:01 AM
Share   Tweet
The opinions expressed by columnists are their own and do not necessarily represent the views of Townhall.com. 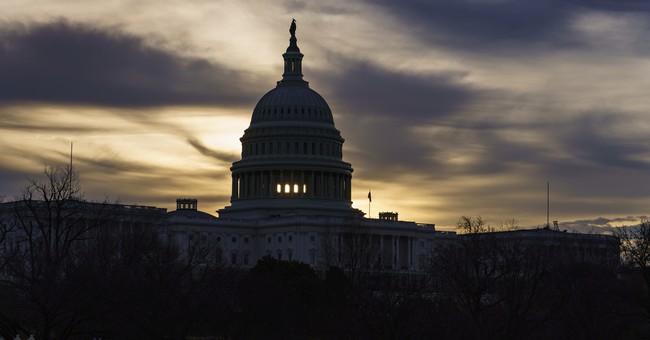 This Presidents Day (February 21), Americans should honor the memory of George Washington by defending his great legacy against the attacks of far-left educators, activists, politicians, and bureaucrats who have falsely cast aspersion on Washington, the Founding Fathers in general, the Declaration of Independence and the Constitution: labeling all racist. The history reveals a starkly different story, one of which we can all be proud.

The far-left anti-Washington and anti-Founding Fathers polemic condemns the great works that have advanced individual liberty on the argument that the principles of equality under law and individual rights did not extend to all at the outset but only to white males. These same polemicists presume without facts that “systemic racism” pervades every institution in our society. They further presume that racism to be America’s true legacy—to have arisen in the Jamestown Colony in 1619 and to have defined all government actions and economic transactions thereafter. This, of course, is a transparently cynical way of inviting Americans to condemn their history of exceptionalism, including the Declaration and the Constitution, which have long been celebrated by freedom-loving peoples worldwide as the most significant advancements in the quest for individual liberty: extending the right of one, the King (under the Divine Right of Kings), to the many (where each citizen has inalienable rights bestowed by God, not government).

The far-left rewrite of American history into a wallowing abyss of racism, now embedded in most of K-12 education, suffers from a glaring defect. It’s not our actual history. It’s false. It’s propaganda. The far-left polemic defames George Washington and, indeed, the Founding Fathers in general. Contrary to it, Washington, and indeed all of the principal founders of the United States, were actually opposed to the institution of slavery and sought abolition. For example, when Thomas Jefferson wrote the words “all Men are created equal” “endowed by their Creator with certain unalienable Rights” in the Declaration (words the far-left contends applied only to white males), he also wrote a 168-word paragraph, belying the contention that the words applied only to white males. In that 168-word paragraph he faulted King George III for waging “cruel war against human nature itself, violating its most sacred rights of life & liberty in the persons of a distant people who never offended him, captivating & carrying them into slavery in another hemisphere or to incur miserable death in their transportation thither.” Jefferson described slavery in that same paragraph as “piratical warfare,” “execrable commerce” and an “assemblage of horrors.” He condemned King George III for instituting slavery in the colonies and thereby “depriving” people of the liberty that was their birthright. In context, it is apparent that when Jefferson wrote the words in the Declaration’s second paragraph that “all Men are created equal,” and endowed with unalienable rights, he referred to “mankind,” meaning all people, not just white males, a point underscored in the 168-word paragraph Jefferson included in his grievances against the Crown. That paragraph was stricken to secure passage of the Declaration, leaving the inconsistency between slavery and the rights of man for later resolution, ultimately corrected in the Thirteenth Amendment abolishing slavery.

Washington likewise is given a bum rap. He opposed the institution of slavery from the 1780s forward and sought a political end to it. His writings, ignored by educators and far left activists, reveal his true position. In 1786, Washington wrote that it was “among my first wishes to see some plan adopted by the legislature by which slavery in the Country may be abolished by slow, sure, and imperceptible degrees.” In that same year he wrote: “There is not a man living who wishes more sincerely than I do, to see a plan adopted for [the] abolition [of slavery] but there is only one proper and effectual mode by which it can be accomplished, and that is by Legislative authority.” Washington confronted impediments to effectuation of his goal of abolition. First, in the new nation period, the institution had become so embedded in the agricultural economy that economically based opposition thwarted political abolition. Second, unilateral manumission of slaves was for many out of the question because it brought economic ruin for most plantation owners: Labor was essential to running large farms and substituting paid labor for slave was too costly to be a viable alternative. That was certainly true of Washington’s Mount Vernon estate. As Ron Chernow has explained in his biography of Washington, despite keeping up appearances, Washington bordered on bankruptcy throughout much of his adult life, making even more remarkable the sacrifices he made to serve as Commander of the Continental Army and President of the United States. That same economic state befell Jefferson. In 1794, Washington wrote, “were it not then, that I am principled against selling negroes, as you would cattle in the market, I would not, in twelve months from this date, be possessed of one, as a slave.” But he confronted a dilemma. He would not sell his slaves and recoup their value, thus ridding himself of a connection to slavery because, though he detested slavery, he feared what might become of those he sold (the further separation of their families and the prospect that they might be treated worse by new owners). He therefore reconciled himself to the idea that upon Martha’s death, all of his slaves would be set free, and he provided for that occurrence in his last will and testament. To her credit, Martha Washington did not await her demise before she freed her husband’s slaves. In December of 1800, but one year after Washington’s demise, she signed a deed of manumission whereby on January 1, 1801, all of George Washington’s slaves were freed.

When we examine the true history of Washington and the Founding Fathers, we find that they did not construe natural rights to be limited to white males but understood them to be a universal birthright. We further find that they detested slavery and wanted its abolition through political means, that being the only way to avoid complete economic ruin for many slave-owners. It comes as a further surprise to the far-left that in America from 1619 until ratification of the Thirteenth Amendment on January 31, 1865, thousands of whites (principally Irish and English) were enslaved in America, albeit in numbers far fewer than Blacks by the time of the Civil War (wherein some 4 million were enslaved). Yet in Jamestown, four months before 20 blacks arrived as indentured servants (effectively enslaved), 100 whites arrived as indentured servants (also effectively enslaved), and after the arrival of 20 blacks at Easter in 1619, that event proved to be the exception, because thereafter for several years the typical indentured servant arriving in Jamestown was white, not black. Moreover, Anthony Johnson (a black indentured servant in Jamestown) was freed by his owner and thereafter acquired acreage in Virginia and slaves of his own. The precise number of freed blacks who owned slaves between 1619 and 1865 is not known. However, we do know that slave-owning was not an exclusively white enterprise during that period. In Louisiana, for example, a black slave-owner named Antoine Dubuclet owned a large sugar plantation and approximately 100 slaves by the time of the Civil War. Dubuclet was one of the wealthiest plantation owners in Louisiana at the time.

When the complete history of the antebellum period is conveyed, we begin to realize that the horror that is slavery was one experienced not only by blacks but by whites, and that good people, indeed great ones, were often caught up in the abhorrent institution because of its economic ubiquity despite their belief that the institution should be abolished. It would take a bloody Civil War to bring to further fruition the promise of the second paragraph of the Declaration of Independence, but that achievement came. Likewise, it would not be until the 20thCentury that the promise of the second paragraph would reach women in the Nineteenth Amendment, but that achievement too came. And it would take Dr. Martin Luther King and the Civil Rights movement to end segregation and Jim Crow in America, but that achievement came as well. Americans, and especially children, deserve to know the complete history and to know that ours is a history to be celebrated precisely because of the greatness of George Washington, the Founding Fathers, the Declaration of Independence, and the Constitution, and precisely because of the American people’s willingness to square the promise of the Declaration of Independence with the reality of life in America. Rather than propound the false narrative that America is hopelessly and irredeemably a racist country with a racist Constitution and racist institutions, our history reveals America to be a great country that once infected with the blight of slavery—as was the entire world of the 18thand 19thCenturies—nevertheless succeeded in overcoming that blight through a continuing quest to achieve the true promise of the Declaration of Independence. We should celebrate the fulfillment of Jefferson’s intentions and Washington’s wishes. Happy Birthday President Washington.