Does Our Society Still Support the Right to be Wrong?

Jonah Goldberg
|
Posted: Sep 27, 2017 12:01 AM
Share   Tweet
The opinions expressed by columnists are their own and do not necessarily represent the views of Townhall.com. 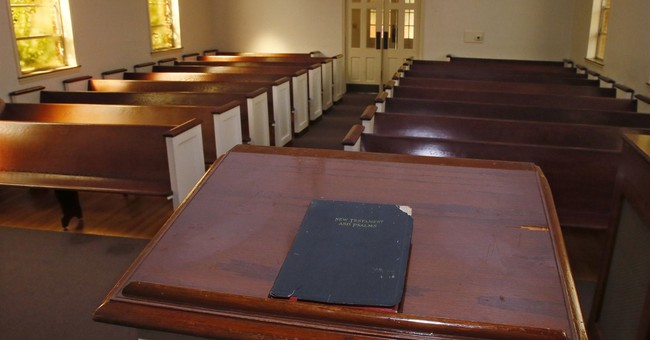 The whole idea of a free society is based on a very simple idea that is very hard to live by: People have the right to be wrong.

This idea has ancient roots, but it was always and everywhere a minority opinion, unpopular with both the masses and the rulers, until relatively recently.

In the "modern" era, its status as one of the defining ideas of Western civilization can be traced to the Treaty of Westphalia in 1648. After a century of bloody religious wars between Catholics and Protestants -- with Jews often getting caught in the crossfire -- the exhausted rulers of Europe reluctantly agreed to a fragile truce. While every nation would still officially follow the faith of the ruler, it was understood that religious minorities would be afforded some tolerance. Persecuting religious dissenters in one nation might reignite war, as rulers of other countries would feel obliged to defend their coreligionists abroad. (To see how that dynamic works today, just look at how Sunni and Shia governments in the Middle East send aid or troops to defend their brethren in neighboring lands.)

With Westphalia, as historian C.V. Wedgwood put it, the West had begun to understand "the essential futility of putting the beliefs of the mind to the judgment of the sword."

In England, the Puritan despot Oliver Cromwell, who had deposed and executed the king, recognized that he couldn't hold onto power without reassuring Catholics and dissident Protestant denominations that they would be safe, so he introduced new measures of tolerance. He beseeched Parliament to allow some measure of liberty "to all who fear God."

Now, Europe in the 1600s wasn't some libertarian nirvana. True freedom of conscience did not exist in England, France or anywhere else in the world. For instance, Cromwell's Puritan-dominated parliament declared a real "war on Christmas," banning celebration of the holiday. The Colonial city of Boston followed a similar practice, imposing a fine on anyone who celebrated Christmas.

Why revisit this history? For two reasons. First, to underscore how culture wars are nothing new in the West, and as bad as ours are today, they could get much, much worse. Second, to illustrate a point lost on culture warriors of the left and the right. Pluralism and tolerance are not simply nice ideals, like good manners. They are what management gurus call "best practices," learned after millennia of gory trial and error.

Very few people who embraced doctrines of religious and political liberty did so at first because they thought it was the right way to organize society. Cromwell was more of a religious zealot than any Christian right-winger today. If he thought he could get away with it, he would have made mandatory compliance with his faith the law of the land. But Cromwell recognized that he had to compromise with reality if he was going to end the religious conflicts plaguing his country.

Thomas Jefferson had strong views on religion, but his Virginia Statute for Religious Freedom disestablished the Church of England and established religious liberty for Christians, Muslims, Jews, Hindus, even pagans. The statute became the foundation for the First Amendment.

You might think that the current controversy over NFL players refusing to stand for the National Anthem, the vandalizing or removal of statues -- not just of Confederate generals, but of any real or alleged historical villains -- and the P.C. firestorms erupting across American campuses aren't about religion, so this history doesn't have much relevance for today.

But you would be wrong.

The religious conflicts of the past were ultimately about which values, rituals, customs, and ideas should be imposed on everybody. Traditional religion may be receding in many parts of American culture, but politics is taking on a decidedly religious flavor -- and religion is becoming increasingly politicized.

People are growing intolerant of any dissent from their idea of what everyone should believe. Agree with me and you're one of the good guys; disagree with me and you're not just wrong, you're my enemy, a heretic, a traitor, a bigot. Opportunists recognize that exacerbating this polarization redounds to their own benefit because at least for now, doing so helps raise money, ratings, clicks and poll numbers.

We are a long way off from putting beliefs of the mind to the judgment of the sword, but that is the logical destination of the path we are on because we have lost faith in the utility of upholding the right to be wrong.