The Perfect Presidential Candidate for an Imperfect Time 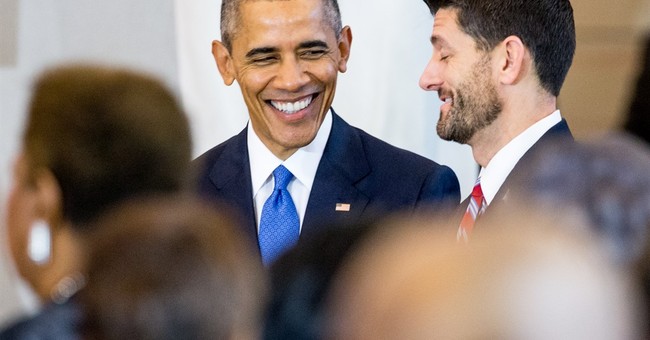 I don't typically endorse candidates, but as 2015 draws to a close, I feel I must make an exception.

I think it's a safe bet that for most of us, the year-that-was was not the year we wanted it to be. Oh, sure, there's got to be the stray story about how this was a great year for some happy couple. Some executive at Disney probably has his feet up on his desk, lighting a cigar with a lightsaber, thinking: "2015 was all right by me."

But for most of us, 2015 was the year in which differences hardened.

Republicans, not content with disliking Democrats more than ever before, now dislike each other with unprecedented fervor.

During the first Democratic debate, after rattling off a list of enemies she was proud to have made, Hillary Clinton said she was probably most proud of making Republicans her enemy.

Nothing is off limits as a justification for scorn and ridicule. Clinton was late getting back from the bathroom at last week's debate, and Donald Trump declared her actions unspeakably "disgusting." (Mr. Trump has aides go to the bathroom for him; he's that rich.)

In a year-end interview with NPR, the Barack Obama said that "not all" of his critics are motivated by anger over his status as the first African-American president.

And that's true. There are precious few people I know who would look at the charnel house that is the Middle East and think, "That's going swimmingly," if Obama were of a different hue.

But in fairness to the president, one could be forgiven for thinking it was a good year for bigots. A drug-addled loser shot up a black church in hopes of starting a race war. The silver lining, for want of a better term, is that he didn't get what he wanted. Instead, in what was inarguably the most miraculous and touching moment of this horrible year, he got forgiveness from the victims' families.

But the disappointment of a punk who wanted a genocidal race war is not exactly an uplifting metric to declare it a good year. Nor is the news that in 2015, race relations have hit a 20-year low, according to a Time magazine survey.

It's not much better off campus. Unwilling to jump on the climate change bandwagon? Well, that makes you not just wrong but evil. Don't want to bake a cake for a gay wedding? Impolite society has no use for you.

My scorecard is a mess. Republicans who've spent years trying to protect freedom of religion cheer when Donald Trump wants Muslims monitored by the state and even barred from the country. Democrats who don't blink at the prospect of forcing nuns to pay for birth control and who would toast marshmallows at a burning Chick-fil-A want the government to do everything it can to make Muslims feel honored and respected.

Which brings me to 2016 and my endorsement for president. Only one candidate can unite us all in a way George W. Bush and Barack H. Obama could not. You've probably already guessed who I have in mind. But just in case you haven't, it's the Sweet Meteor O'Death, or, as he's known on Twitter, @Smod2016.

I shouldn't call SMOD a "he," for as an inanimate hunk of ice and rock hurling towards our planet, SMOD has no sex. (In these gender-confused times, that in itself should be a selling point.) Hate the "1 percent"? SMOD will erase all income inequality. Under SMOD, America will have no industrial carbon emissions, and the Islamic State will be crushed. Hateful speech will be silenced, and no gay wedding cakes will be baked. SMOD has no super PAC and takes no money from unions. SMOD already has the only endorsement it requires: the cold impersonal law of gravity.

So if you want to end the messy bickering and negativity once and for all, SMOD is the candidate for you. Otherwise, expect more of the same in 2016 and beyond.