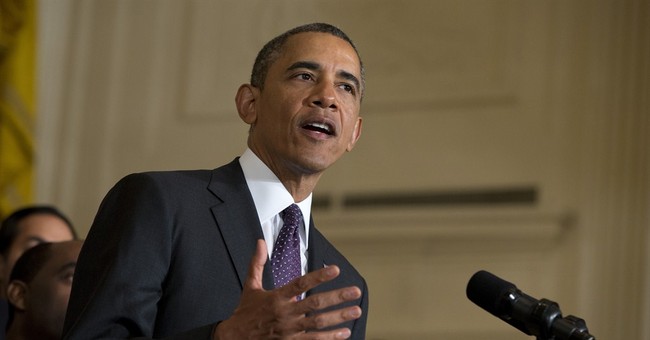 "Why are there no libertarian countries?"

In a much-discussed essay for Salon magazine, Michael Lind asks: "If libertarians are correct in claiming that they understand how best to organize a modern society, how is it that not a single country in the world in the early twenty-first century is organized along libertarian lines?"

Such is the philosophical poverty of liberalism today that this stands as a profound question.

Definitions vary, but broadly speaking, libertarianism is the idea that people should be as free as possible from state coercion so long as they don't harm anyone. The job of the state is limited to fighting crime, providing for the common defense, and protecting the rights and contracts of citizens. The individual is sovereign, he is the captain of himself.

It's true, no ideal libertarian state has ever existed outside a table for one. And no such state will ever exist. But here's an important caveat: No ideal state of any other kind will be created either. America's great, but it ain't perfect. Sweden's social democracy is all right, but if it were perfect, I suspect fewer cars would be on fire over there.

Ideals are called ideals for a reason: They're ideals. They're goals, aspirations, abstract straight rules we use as measuring sticks against the crooked timber of humanity.

In the old Soviet Union, Mao's China, Pol Pot's Cambodia and today's North Korea, they tried to move toward the ideal communist system. Combined, they killed about 100 million of their own people. That's a hefty moral distinction right there: When freedom-lovers move society toward their ideal, mistakes may be made, but people tend to flourish. When the hard left is given free reign, millions are murdered and enslaved. Which ideal would you like to move toward?

What an odd standard. You know what else is a complete failure? Time travel. After all, it's never succeeded anywhere!

What's so striking about the Lind standard is how thoroughly conservative it is.

Pick a date in the past, and you can imagine someone asking similar questions. "Why should women have equal rights?" some court intellectual surely asked. "Show me anywhere in the world where that has been tried." Before that, "Give the peasants the right to vote? Unheard of!"

In other words, there's a first time for everything.

It's a little bizarre how the left has always conflated statism with modernity and progress. The idea that rulers -- be they chieftains, kings, priests, politburos or wonkish bureaucrats -- are enlightened or smart enough to tell others how to live is older than the written word. And the idea that someone stronger, with better weapons, has the right to take what is yours predates man's discovery of fire by millennia. And yet, we're always told that the latest rationalization for increased state power is the "wave of the future."

That phrase, "the wave of the future," became famous thanks to a 1940 essay by Anne Morrow Lindbergh. She argued that the time of liberal democratic capitalism was drawing to a close and the smart money was on statism of one flavor or another -- fascism, communism, socialism, etc. What was lost on her, and millions of others, was that this wasn't progress toward the new, but regression to the past. These "waves of the future" were simply gussied-up tribalisms, anachronisms made gaudy with the trappings of modernity, like a gibbon in a spacesuit.

The only truly new political idea in the last couple thousand years is this libertarian idea, broadly understood. The revolution wrought by John Locke, Edmund Burke, Adam Smith and the Founding Fathers is the only real revolution going. And it's still unfolding.

Indeed, what's remarkable about all of the states Lind identifies as proof that libertarianism doesn't work are in fact proof that it does. What made the American experiment new were its libertarian innovations, broadly speaking. Moreover, those innovations made us prosper. Even Sweden -- the liberal Best in Show -- owes its successes to its libertarian concessions.

I'm actually not a full-blown libertarian myself, but it's an ideal I'd like America to move closer to, not further away from as we've been doing of late -- bizarrely in the name of "progress" of all things.