Time to Shake Up the Status Quo in Washington 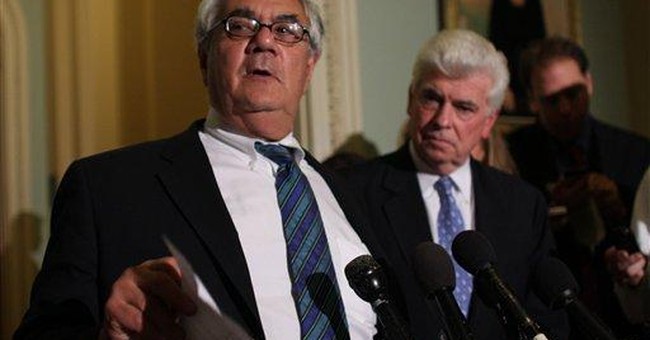 As we all know, spending in Washington is completely out of control and in desperate need of reform. We are facing an ever increasing budget, continually growing entitlement programs and a federal deficit that economists predict will hit $500 billion by 2010. Our financial markets are in turmoil and the risks the American people face in this crisis are clear and for the most part completely unprecedented – it is hard to deny that the entire federal government could use a good dose of accountability in its spending habits. Simply put – the federal government needs to clean out the attic and trim the fat in order to operate in the most efficient way possible, putting taxpayer money to good use, not waste!

I introduced legislation to do just that. H.R. 7071, the Federal Agency Program Realignment and Closure Act (FAPRAC) will put Washington on notice that the days of an unaccountable and wasteful federal government must come to an end. My bill creates a 17 member bipartisan commission, comprised of both public and private sector officials, closely modeled after the proven Defense Base Realignment and Closure (BRAC) process, which will provide an objective, non-partisan, and independent review and analysis of all federal agencies and programs. The commission will target agencies and programs that perform a duplicative function, would perform better at the state level or perform better in the private sector and create a list of recommended realignments and closures. The list is then given to Congress for a simple up or down vote and cannot be amended. Taxpayer savings from this legislation will be used solely for deficit reduction and cannot be used to fund any new or existing government programs. It goes without saying that BRAC is a proven model that saves taxpayer money. If it is good enough to reform our nation’s military, it is good enough to be applied to the entire federal government.

I firmly believe that if we are going to keep putting new spending and programs on the table, then we absolutely must have a mechanism to take old things off the table. This week alone, each member of Congress could be asked to vote on billions, maybe even more than a trillion dollars in new federal spending – when I relayed that news to a room full of my constituents in a meeting this week, the room went silent. It is imperative that we look to trim the fat out of all federal agencies and programs and not continue to grow our national debt.

Every election season you hear politicians tell you they want to “change the way Washington works”, and “reign in run away government spending”, yet the status quo remains alive and well inside the beltway. Right now, we see that more than ever. Partisan politics and empty promises for change have caused the American people to lose faith in their government. My bill will take a major step toward restoring that faith by making our government more efficient and accountable to American taxpayers.

The handwriting is on the wall. It is time to get the Republican Party back to its core beliefs of limited government and less spending so we can lead the way in putting Washington on notice that the days of an unaccountable and wasteful federal government must come to an end. The American people understand that if you spend too much of your budget this month you cut back the next. They expect their government to work the same way. I firmly believe that the American people, not the government, should decide how to spend their hard-earned money. It is my goal to keep as much money as possible in your pocket and away from Washington bureaucrats. I hope you will join me in spreading the word and supporting H.R. 7071, which could save taxpayers untold billions of dollars and add efficiency to our government agencies and programs. It is time to drain the swamp in Washington and put the federal government back to work for the people.