John Stossel
|
Posted: Aug 22, 2018 12:01 AM
Share   Tweet
The opinions expressed by columnists are their own and do not necessarily represent the views of Townhall.com. 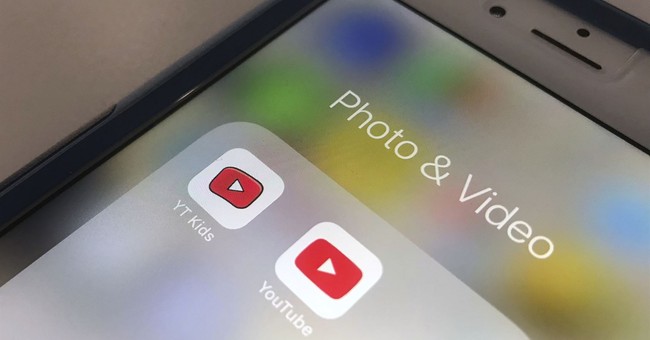 YouTube just added an "information panel" to all my videos about climate change.

We at Stossel TV do weekly videos on many controversial topics, but apparently YouTube thinks climate change is special.

The information panel seems benign -- just a link to a Wikipedia page about global warming -- and YouTube puts it on all climate change videos.

But Wikipedia's page was captured by activists. It's biased in favor of desperate alarmism. You'd have to read carefully to know that the billions we're spending now to fight climate change will make little difference.

It basically says the science of climate change is settled.

Only near the very end does the YouTube information panel briefly mention skepticism from conservative and libertarian think tanks. But the editors don't let skeptics give reasons for their skepticism.

In addition, adding these information panels is a form of bias. They don't add Wikipedia links on Bernie Sanders' ignorant videos on economics (this one would help, or this).

This is not a free speech issue because the First Amendment applies (and should apply) only to government censorship. YouTube is a private company (owned by Google) that can censor whatever it wants. We have several social media companies -- but just one government.

Jones is an irresponsible jerk, but most sites didn't ban him for any specific thing he did recently. As Robby Soave writes on Reason.com, "We don't know which statements he made were deemed hateful, or why. We don't know if Jones is being singled out, or if anyone who said the things he said would be banned."

McInnes founded a conservative group, and some of its members did attend racist rallies, something McInnes denounced. I cringe at things McInnes says. But he's not a racist. He's a defender of Western civilization.

Real extremists like Richard Spencer laughed about McInnes being banned on Twitter because McInnes often criticizes them.

McInnes suspects extremists like Spencer get to keep tweeting because they can so easily be dismissed or held up by the left to make the right look bad. Mainstream figures like McInnes are a bigger threat to Twitter liberals, he says.

"I'm not a violent extremist. I'm not even violent," McInnes says. "I'm just a Trump supporter who is fiscally conservative, socially liberal and refuses to kowtow to the PC left and their silly fads. That's more dangerous to the left."

Twitter never told McInnes what he did to warrant being banned, so we asked Twitter. They told us they have "nothing more to share at this time."

Facebook "shadowbanned" PragerU's videos. That's when the user of a platform (PragerU) assumes posts reach viewers, but Facebook doesn't show the post to many people. Facebook tricked PragerU into thinking their messages were getting out.

Facebook later apologized, saying, "We mistakenly removed these videos ... We're very sorry and are continuing to look into what happened."

I suspect what happened is that leftist "content monitors" at Facebook decided that fewer conservative videos should be seen. Whatever Mark Zuckerberg says about his miraculous algorithms, censorship is generally done by humans.

Private media platforms have every right to decide who can use them. But the platforms are wrong to shut down people with whom they disagree.

President Trump took to Twitter this weekend to urge open and freewheeling debate, tweeting, "Let everybody participate, good & bad, and we will all just have to figure it out!"

Trump, despite his bluster in favor of strong libel laws, added, "Censorship is a very dangerous thing & absolutely impossible to police. If you are weeding out Fake News, there is nothing so Fake as CNN & MSNBC, & yet I do not ask that their sick behavior be removed."

The answer to bad speech is more speech. We're better off when people speak their minds.