John Stossel
|
Posted: Nov 01, 2017 12:01 AM
Share   Tweet
The opinions expressed by columnists are their own and do not necessarily represent the views of Townhall.com. 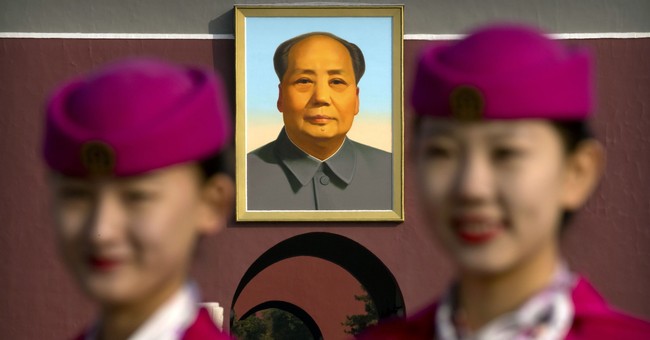 This year marks the hundredth anniversary of one of the worst mistakes ever made: the Communist revolution in Russia.

Communist regimes went on to kill about 100 million people. Most died in famines after socialist tyrants forced people to practice inefficient collective farming. Millions of others were executed in political purges.

Yet when the Russian Revolution happened, people both inside and outside Russia were excited. Crowds cheered Lenin. No longer would nobles rule; no longer would capitalists exploit workers. Now the people would prosper together.

British journalist Theodore Rothstein wrote, "The undivided sway of the Imperialist nightmare is at an end ...(there will be) rule of the labouring classes."

But you can't have government plan every aspect of people's lives and expect things to go well. Instead, you get bureaucratic planning commissions and secret police.

That won't stop some Americans from celebrating Communism's anniversary.

A day of anti-Trump protests is scheduled for Nov. 4, and I'm sure some protestors will wave hammer-and-sickle flags. Some will wear Che Guevara shirts.

A few commentators will call the protesters "idealistic" but impractical. They shouldn't. We should call them supporters of mass murder.

Lenin ordered the hanging of 100 property owners at the very start of the Revolution, saying people needed to see the deaths of "landlords, rich men, bloodsuckers."

Mass murder and starvation rapidly increased the death toll after that.

It wasn't exactly what philosopher Karl Marx had in mind, but it shouldn't have surprised anyone. Marx's writing is filled with comparisons of capitalists to werewolves and other predators who must be destroyed.

Marx admitted that capitalism is productive but said that "capital obtains this ability only by constantly sucking in living labor as its soul, vampire-like."

Even as the Russian regime killed millions, some journalists and intellectuals covered up the crimes.

Stalin kept most media out, so few Americans knew that millions were starving, but New York Times writer Walter Duranty saw it first-hand.

Yet he "covered up Stalin's crimes," says Tom Palmer of the Atlas Network, a group that promotes free-market ideas around the world.

Because Duranty wanted to support "the cause," he wrote that "report of a famine in Russia is today an exaggeration or malignant propaganda."

Duranty "saw the truckloads of bodies," says Palmer, yet, "he wrote on the front page of The New York Times how wonderful everything was." He even got a Pulitzer Prize for it.

In some ways, times haven't changed that much. This year, the Times ran a series of essays commemorating the anniversary of Russian Communism, including one piece arguing that sex was better in the Soviet Union because the Revolution destroyed macho capitalist culture.

At least The New York Times eventually admitted that Duranty's work was "some of the worst reporting in this newspaper," but the Pulitzer committee never withdrew its prize.

Communism kills wherever it's practiced. But people still people believe. Making a video on Communism's hundredth anniversary, I interviewed Lily Tang Williams, who grew up under the regime in China.

"Mao was like a god to me," she recounts. "In the morning, we were encouraged to chant and to confess to dear Chairman Mao."

Under Mao, Williams nearly starved. "I was so hungry. My uncle taught me how to trap rats. But the problem is, everybody is trying to catch rats. Rats run out, too."

Still, she says she was so brainwashed by Communist propaganda that she "cried my eyes out when Mao died."

But then, "when I was college student, I met a U.S. exchange student ... He showed me a pocket Constitution and Declaration of Independence. A light bulb came on!"

For the first time, she realized, "I have rights ... natural rights that cannot be taken away. Life, liberty and the pursuit of happiness."

She escaped to the United States. Now she says her mission in life is to teach Americans the importance of liberty.

I think her message is wiser than that of Karl Marx, Lenin and Stalin.

"Big, powerful government, it's very scary," she warns. "It will keep growing like cancer, will never stop. If you empower government, not the individuals, we're going to lose this free country!"