GOP Rep. Announces She Won’t Run for Reelection in 2024
OPINION

John Stossel  |  Feb 27, 2013
The opinions expressed by columnists are their own and do not necessarily represent the views of Townhall.com.
Top Columns
Trending on Townhall Media 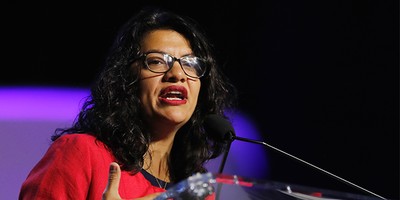 Last week, Conservative pundit Ann Coulter told me and a thousand young libertarians that we libertarians are puss- -- well, she used slang for a female body part.

We were in Washington, D.C., at the Students for Liberty conference, taping my TV show, and she didn't like my questions about her opposition to gay marriage and drug legalization.

"We're living in a country that is 70 percent socialist," she says. "The government takes 60 percent of your money. They take care of your health care, your pensions ... who you can hire ... and you (libertarians) want to suck up to your little liberal friends and say, oh, we want to legalize pot? ... If you were a little manlier, you'd tell liberals what your position on employment discrimination is."

We do, actually. We say employers ought to get to choose whom they hire. They created the business, so they should be allowed to discriminate against stutterers, TV hosts, old people -- anyone they don't want.

But Coulter has a point.

Government rarely makes a dent in people's drug use or their ability to partner with people of their own gender.

"Seventy percent socialism" does much more harm. It kills opportunity and wrecks lives.

But Coulter doesn't just want to downplay "liberal" parts of the libertarian agenda. She opposes them.

When I asked why gays can't marry, she said,

"They can -- they have to marry a member of the opposite sex."

I see why the students were annoyed by Coulter's shtick.

If Republicans were smart, they'd listen to that rising generation of young people who want government to stay not just out of the economy, but out of our personal lives, too.

Fortunately, some Republicans are onboard with that. Another of my guests was Justin Amash, congressman from Michigan.

Amash focuses on government spending. He has pictures of libertarian economists like Murray Rothbard in his office, and he warns that big government -- including military spending -- will bankrupt America. He's not afraid to call for cuts in popular programs like Medicare, Head Start and food stamps.

After Amash's complaints about government spending, establishment Republicans in Congress kicked him off the budget committee. One said it was because of the "a--hole factor ... inability to work with other members."

I asked Amash about that.

"It might be because I wanted to balance the budget," says Amash.

"The level of government spending is so insane."

It is. Even if the sequester cuts happen -- cuts the left calls "brutal" -- in eight years the feds will still spend $5.3 trillion annually ... just a little less than the $5.4 trillion they will spend if no cuts are made.

The "brutal" sequester is anything but. Even the much-feared Paul Ryan budget plan would only reduce the federal debt in 2021 from the $26 trillion President Obama projects to ... $23 trillion.

With our economic house in such disarray, Coulter is right to avoid getting bogged down in fights over drugs and homosexuality. But I prefer the way Amash handled the libertarian-conservative conflict.

Michelle Montalvo of Temple University asked him to "comment on your faith and how you reconcile that with your libertarian beliefs? There are stereotypes about libertarian students, that we're Republicans who love to do drugs, (but) we're not all godless."

Amash answered, "I'm an Orthodox Christian ... and I believe that the government is a hindrance, a lot of times, to our religious liberty." But he doesn't want government to promote Christianity. "Get government out of the way, allow people to make choices. We can't legislate morality and force everyone to agree with us."

The young people at the conference worry about the economy. They worry less about drug use and gay sex -- most have come to see those as socially acceptable.

Instead of insulting libertarians or kicking them off congressional committees, it's time for Coulter -- and other Republicans -- to stop suggesting that those who want the government out of their personal lives are morally suspect.

Then we can concentrate on the important things.