Whose Business Is It Anyway? 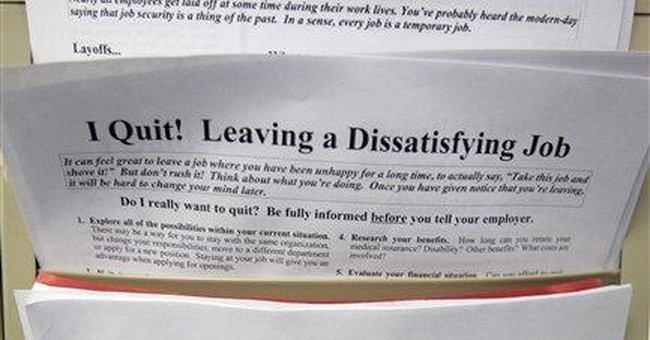 "Wait and see how he is going to react when he [gets] fired by ABC News without a reason, just because he is skinny like a monkey."

Lots of "20/20" viewers hated what I said about age discrimination laws on TV.

Most everyone says anti-discrimination laws are good laws, especially those that protect older workers.

"The reason for firing was [that] they're changing formats, which they didn't really," Max Floyd told me for my "Give Me a Break" segment.

"Why wouldn't they keep us?" Tanna Guthrie asks. "We've been there, loyal with the company, and they didn't change the music a lot."

Discrimination lawsuits like theirs are common today. They create nasty, unintended consequences: Older workers find it more difficult to get hired since companies are reluctant to hire people who could become lawsuit age-discrimination bombs. I'm told some companies set aside $100,000 for legal fees and settlement money for every older worker who isn't doing a good job. What a waste.

Lawyer Murray Schwartz has won millions suing companies for age discrimination. He told me, "A company shouldn't be able to say, 'A 36-year-old fellow would do it better than the 52-year-old fellow.'"

They just shouldn't be allowed?

"Never. And that's what the law says."

The law does. But the law can be an ass, and American law contradicts itself. FBI agents must retire at 57, airline pilots by 65. But it's illegal for ABC to fire me if my boss thinks I'm too old?

Bruce Morrow has been a radio star for decades. When the Beatles came to America, "Cousin Brucie" introduced them.

Three years ago, he was fired. Abruptly.

He was furious, but Morrow has a new perspective on the issue because he's owned radio stations.

"I've fired several disc jockeys. We are in a business of change. Many people on the radio station who have worked there 15, 20 years don't fit there anymore. They might not sound, age-wise, proper. There's ethics here. But [then] there's reality."

American labor law clashes with reality. The government once even tried to force Hooters, that restaurant chain famous for sexy waitresses, to hire men to wait on tables. Only after Hooters mocked the government by running ads depicting a hairy Hooters man in a skimpy waitress outfit did the EEOC lawyers drop their case.

Protecting older workers interferes with the market's "creative destruction", the dynamic process that allows businesses to grow though constant change. That growth creates new opportunity for other workers, including older workers.

Roger Pilon of the libertarian Cato Institute says workers should stop thinking they own their jobs: "Freedom permits unfairness, and free markets sometimes encourage it; but what's the alternative? Since the categories in which discrimination might be prohibited are in principle infinite, down that road is the death of individual choice."

Pilon asks the basic question: "Whose business is it? Suppose you're an Italian restaurateur and you want to have only Italian men as your waiters because that's the ambience you want. Shouldn't you be able to do that?"

I would think so, but American law says no.

We don't need laws against discrimination. We need a free, competitive marketplace. Competition is better at punishing sexists, racists and "ageists" than clumsy laws. If a boss discriminated against, say, women, he would be demolished by a competitor who obtains better workers by hiring the women the first boss turned away. If an entire group of bosses turned women away, then men's wages would be bid up over women's, and a new competitor would defeat the discriminators by hiring only women.

Schwartz indignantly asked me, "Who has the right to say that you should stop working when you're 50 or 52 or 53? The boss?"

I said yes, the guy who's paying you ought to get to decide.

"No," he said. "You own your job as long as you're performing effectively."

That's the attitude of today's parasitic labor lawyers: You "own" your job. And this attitude is winning in the arena of public opinion. Never have I received such consistently hostile e-mail.

"Give me a Break! Unless you plan on supporting me for the next 10 years, I suggest you revise your segment."

Give me a break. I didn't say older workers ought to be fired. Heck, I'm 61. Viewers are so invested in job "rights" that they missed the point about freedom of association, private property, an employer's right to control a business he created, etc.

Schwartz says repealing the worker-protection laws would be a "disaster."

No, innovation-stifling laws and lawsuits are the disaster.