Who's Afraid of Prosperity? 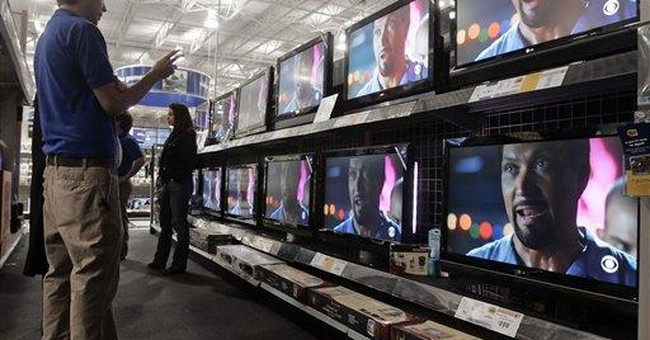 Should we worry that the people of China, India and other undeveloped countries are getting richer? Apparently so, according to the newspapers and the "experts" they quote. They don't come right out and say that global prosperity is bad for us. Instead they say, as The New York Times recently said, "As development rolls across once-destitute countries at a breakneck pace, lifting billions out of poverty, demand for food, metals and fuel is red-hot, and suppliers are struggling to meet it. Prices are spiraling, and Americans find themselves in what amounts to a bidding war with overseas buyers for products as diverse as milk and gasoline [http://tinyurl.com/2m6m8n]."

It is certainly true that China's economy is expanding dramatically -- 10 percent last year. The Chinese build factories like crazy to pump out the inexpensive exports we Americans love to buy. To do that, Chinese producers have to purchase oil, steel and lots of other commodities. The new demand drives prices up.

And as the Chinese and other people get richer, they improve their diets and eat more meat, putting pressure on world food prices.

So media handwringers suggest we should worry about the poor becoming rich.

Actually, we shouldn't. It would be a sad world if one person's economic success depended on another's failure?

More of us would understand this if we learned what the great economics writer Henry Hazlitt preached in his classic book, "Economics in One Lesson": "The art of economics consists in looking not merely at the immediate but at the longer effects of any act or policy."

In the short run, richer Chinese and Indians bid up the prices of things. But that's just the beginning of the story. Increased demand and higher prices create opportunities for entrepreneurs.

When the price of, say, oil goes up, entrepreneurs and inventors have a strong incentive to: 1) find more, 2) find alternatives, and 3) find ways to use oil more efficiently. You and I cannot foresee what they will invent, but that means nothing. Predictions about the end of progress have been issued countless times. There is no reason to think they will be right this time.

Assuming government stays out of the way. Our current "leaders" are full of promises about "protecting" workers and industries, creating new "green" industries, and starting worker-retraining programs. For example, Hillary Clinton promises government support for "research (to) stimulate the development of new technologies and life-saving medicines [http://tinyurl.com/37zo3s]." Mitt Romney wants "to initiate a bold, far-reaching research initiative -- an Energy Revolution, if you will. It will be our generation's equivalent of the Manhattan Project or the mission to the moon [http://tinyurl.com/3a92ut]."

The media lap it up, apparently believing that no one will produce unless our wise leaders create an inducement. Nonsense.

The market would deliver the goods if government doesn't impose crippling regulations and tax away everyone's capital to fund its coercive utopian schemes. I like what Henry David Thoreau once said: "This government never furthered any enterprise but by the alacrity with which it got out of the way."

George Mason University economist Alexander Tabarrok has another way to demonstrate the benefits of spreading prosperity. Tabarrok wrote in Forbes [http://tinyurl.com/32hqw3] recently that the bigger the market, the more worthwhile it is for companies to make products that require costly research and development, such as medicines and chemicals. As the Chinese and Indians become more able to buy things, businesses everywhere will find it profitable to make products that yesterday weren't profitable enough. The result will be cures for diseases and other products that make our lives better.

Tabarrok takes this a step further: "Amazingly, there are only about 6 million scientists and engineers in the entire world, nearly a quarter of whom are in the U.S. Poverty means that millions of potentially world-class scientists today spend their lives trying to eke out a subsistence living, rather than leading mankind's charge into the future. But if the world as a whole were as wealthy as the U.S. and were devoting the same share of population to research and development, there would be more than five times as many scientists and engineers worldwide."

When it comes to being wealthy, the more the merrier.