John R. Lott, Jr.
|
Posted: May 05, 2020 12:01 AM
Share   Tweet
The opinions expressed by columnists are their own and do not necessarily represent the views of Townhall.com. 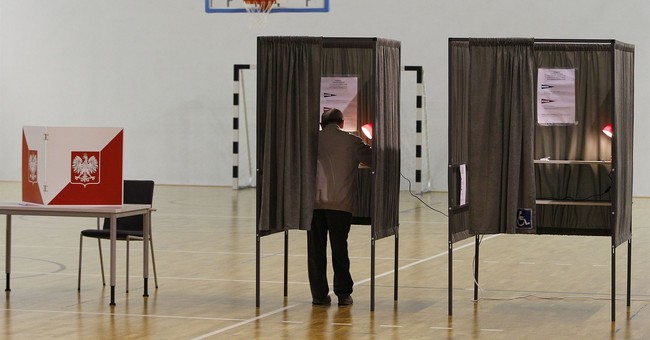 House Speaker Nancy Pelosi (D., Calif.) warns that voting by mail is “at the time of the coronavirus, very essential.” In a federal court case filed in Texas this week, the Democratic Party claims that the fear of coronavirus exposure necessitates expanded vote-by-mail access.

But how dangerous is in-person voting in the age of the Coronavirus? Unlike more than a dozen other states, on April 7th, Wisconsin had an in-person vote. Wisconsin Democrats tried and failed to change an election at the last minute into an exclusively mail-in affair, but the Republican state legislative majorities went to the state Supreme Court and kept the polls open.

The vote didn’t have the disastrous outcome many have predicted. A full 22 days after the vote, 52 people who had worked or voted in the Wisconsin election had COVID-19. With the average incubation period for the disease being nearly six days, it is interesting to note that there were only 19 such cases 14 days after the vote.

Even these numbers exaggerate the number of people infected by the virus because there is no evidence that these people contracted it at the polls and not some other source.

But even if the vote caused all 52 infections, what is the rate of infection? Over 1.55 million people voted in the presidential primaries, with 1.0 million using mail-in ballots. The number of in-person votes is greater than 550,000 votes since some people who voted didn’t participate in the Democratic and Republican primaries, and some people who sent in mail-in ballots did show up at the voting precincts even though they had mailed in their ballots.

There are also people working at the 4,050 polling places in Wisconsin. The precincts in Milwaukee had between 80 to 100 poll workers and 30 National Guard members at each site at some time during the 13 hours that they were open between 7 AM and 8 PM. So, there were someplace between 110 and 130 people working at each location. But suppose, conservatively, that the average polling site in Wisconsin had 50 people working at it — that is another 202,500 people who risked exposure.

The total number of people involved in-person voting was thus over 750,000. Even assuming that none of those 52 people could have gotten the virus any other way, the infection rate was then at the very most 0.0069 percent. To put it differently, 6.9 out of every 1,000 people who participated got ill. Fortunately, none of these cases has been noted as particularly serious.

But the Wisconsin vote wasn’t depressed. 34% of the state’s electorate voted. During the last presidential primary with an incumbent running for re-election in 2012, the turnout was only 26%. The average turnout in the 12 spring primaries from 2008 to 2019 was only 24%.

The dangers of in-person voting are greatly exaggerated. The standard refrain from Democrats has been to never let a crisis go to waste. But normal safety precautions that people took during the April 7th vote appears to have kept people safe. They are using people over the Coronavirus to push mail-in voting – ignoring concerns about vote-buying and fraud. There is a reason that most countries don’t allow mail-in voting for people not living abroad.