Felons Voting While In Prison In D.C.

John R. Lott, Jr.
|
Posted: Oct 13, 2019 2:57 PM
Share   Tweet
The opinions expressed by columnists are their own and do not necessarily represent the views of Townhall.com. 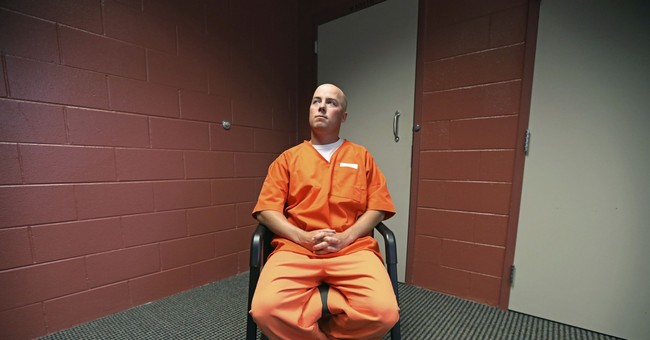 Washington, D.C.’s council seems posed to let felons vote while they are still serving their sentences in prison. Surely, that has the benefit of ensuring that these individuals turn out to vote. But one claim made to push the change, that felon disenfranchisement is racist, is absurd.

Many states have had that rule as long as they have been states, and places such as Vermont in 1793 or later in North and South Dakota can hardly be claimed to have adopted these rules because of concerns about black voters.

Democrats used to argue that once felons had served their time, they had paid their debt to society and should be able to vote. Now, after Senator Bernie Sanders (I-VT) earlier this year argued for felons to vote while they are in prison, even for those who have committed the most horrible crimes, other Democrats have picked up the cause.

Other than racism, there is a more straightforward explanation for this prohibition. We learn about murderers and rapists in terms of how they care about their fellow citizens in other ways. The Boston Marathon bomber killed three people and wounded 260 others. How will someone willing to take many lives and maimed or disfigured for life many others vote on issues from law enforcement to health care policy? How will they vote on issues that depend on compassion?

Why is it in the interests of women that rapists should have a say in deciding who will win elections? Sexual offenders aren’t going to support women’s safety and health issues or education the way that other citizens will. Criminals probably shouldn’t be deciding what the laws should be or how they should be enforced.

The push to enfranchise felons started after George W. Bush narrowly edged out Al Gore by 537 votes in the 2000 Florida presidential election. While felons weren’t legally able to vote in that election, thousands still cast their ballots. It was clear that felon votes could make a decisive difference, and Democrats took notice.

Florida’s 1.5 million felons constitute a substantial voting bloc. Even if felons would vote at rates of only 15 percent to 20 percent, they still represent 225,000 to 300,000 potential votes. In the 2018 Senate race, Republican Rick Scott received only 10,033 more votes than Democrat Bill Nelson. Republican Ron DeSantis beat Democrat Andrew Gillum in the governor’s race by 32,463 votes. Felons could easily erase Republicans’ razor-thin advantage in Florida.

In the last election, a ballot referendum did in fact enfranchise Florida felons who have left prison. Since that time, according to presidential adviser Jared Kushner, “We’ve had more ex-felons register as Republicans than Democrats.” But his comments are based more on wishful thinking than on actual data. Florida doesn’t provide a breakdown of registrations by criminal status.

University of Florida professor David Smith conducted a small survey of 61 Floridians who had identified themselves in the media as felons. Thirty-nine were registered: 25 as Democrats, 10 without a party affiliation, and four as Republicans.

A Public Opinion Strategies survey interviewed 602 adults in Washington State in May 2005; 102 respondents were felons who had their voting rights restored, while 500 were non-felons. I examined this survey and accounted for other differences that predict how people vote — race, gender, education level, religious habits, employment, age and county of residence. Felons were 37 percent more likely to be registered Democrats than were non-felons with the same characteristics. They were 36 percent more likely to have voted for John Kerry over George W. Bush. African-American and Asian felons in Washington State reported voting exclusively for Mr. Kerry.

One academic study estimated that Bill Clinton pulled 74 percent of the felon vote in 1992 and a whopping 85 percent in 1996. The study based these estimates on the race, gender and income of felons. My analysis of the Washington State data — which, again, found that felons are more Democratic even after accounting for demographics — suggests that these estimates, as high as they are, are actually understated.

It looks as if almost all felons are Democrats. Felons are not just like everyone else — they are even more likely to vote Democratic than was previously believed. This guarantees that some Democratic supporters will continue in their efforts to get felons to the polls

If Democrats fight for and achieve felon enfranchisement, they can count on having an even more loyal voting bloc. It isn’t just state election results that could change. Prisons are often located in rural, low-population areas. The Louisiana State Penitentiary has 6,300 prisoners and is located in West Feliciana Parish, a county with only 12,888 non-prisoner adults. With 33 percent of potential voters easily located in one place, local candidates are going to spend a lot of time campaigning at the prison.

Lott is the president of the Crime Prevention Research Center and the author most recent of “The War of Guns.”

CNN Just Admitted Something Very 'Concerning' About How Economic Reporting Is Being Shaped
Townhall
'Hey YO, this is ACTUAL state run media': Oliver Darcy admitting media are working with the WH to 'reshape economic coverage' does NOT go well
Twitchy
Jussie Smollett's Testimony About Don Lemon Shows What a Dumpster Fire CNN Is
Redstate
The Morning Briefing: Democrats' Unhinged Trump Hatred Isn't Really Working Out Well for Them
PJ Media