The Government Shutdown Won't Cause a Recession

John R. Lott, Jr.
|
Posted: Jan 20, 2019 12:01 AM
Share   Tweet
The opinions expressed by columnists are their own and do not necessarily represent the views of Townhall.com. 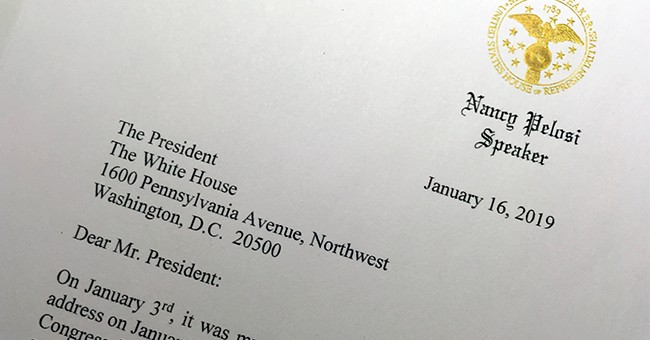 News article after news article is predicting the federal government partial shutdown will lead to economic hardship. That economic growth will slow in both the public and private sector. But despite all the doom and gloom mentioned in the media, the measure that counts most in predicting the future, the stock market as actually improved significantly since the shutdown started.

A headline on Thursday in Politico claimed: “Recession warnings pile up as shutdown wraps up fourth week.” The New York Times, CNBC, Yahoo News , and newspapers across the country have all had similar stories. Jamie Dimon, the CEO of J.P. Morgan Chase, caused shockwaves this week when he asserted that the shutdown could reduce economic growth to zero during the first quarter of the year. His comments got massive news attention.

There are real costs to the shutdown. Some companies can’t even operate now because they are so dependent on government regulation. For example, breweries need the Alcohol and Tobacco Tax and Trade Bureau to approve new labels. Currently, around half of all U.S. breweries are waiting for label approval.

Standard & Poors Global Ratings claims that in the next couple of weeks, the impact on the economy from the shutdown will exceed the $5.7 billion cost of a southern border wall. Others are shaving over three tenths of a percentage point in economic GDP growth.

Not bad for a few weeks’ work.

Nor is it just the overall value of the stock market that has risen. Well-known indexes with a smaller number of stocks have also gone up. The Dow Jones Industrial Average rose by 6.5%, the heavily tech-weighted NASDAQ soared by 9.1%, and the industrial S&P 500 went up by 6.9%.

Obviously, lots of things can change the value of stocks. The media has focused heavily on U.S. trade talks with China, but then if it is good news on the trade talks that is driving the increase, Chinese stocks should have risen by as much as U.S. stocks. Since China is even more dependent on trade with the U.S. than vice versa, good trade news should have caused stocks there to go up by even more.

Indeed, there have only been two countries anywhere in the world that have seen bigger stock market increases than the US: Argentina (19.1%) and Brazil (9.3%).

New data on other aspects of the economy won’t be released until after the shutdown ends, but if past history is any guide, even the longest previous shutdowns during December 1995 and January 1996 had no detrimental impact on unemployment, GDP or interest rates. In fact, while the unemployment rate remained unchanged during the shutdown, the GDP growth rate actually grew faster during the two quarters affected by the shutdown than it had during the preceding four quarters.

Just as now, stock prices also continued to rise throughout the whole drama, with the Dow Jones Industrial Averagerising by over 6 percent, from 4,873 on November 13th to 5,181 on January 5th.

But just as the media is trying to blame President Trump for the shutdown, they are trying to put pressure on him to cave by predicting economic disaster from the shutdown.

* Lott is the president of the Crime Prevention Research Center.