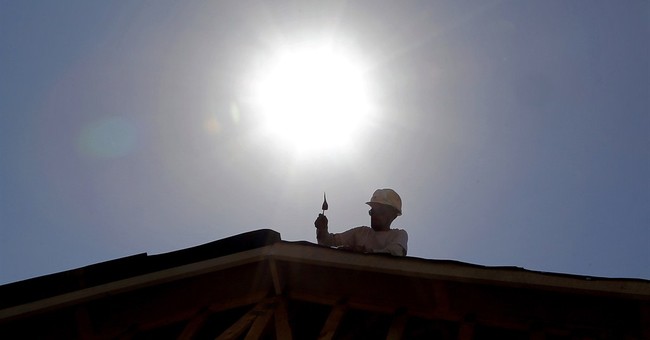 And now, the Bearded Lady will prove to you that, yes, indeed, that chicken with two heads really was real…really.

“I have scrutinized the data,” she says, “and I am convinced beyond a shadow of a doubt that, yes, global warm…err, the chicken really does have two heads.”

That or something like it is now what passes for scientific proof that the pause in global warming that has been observed is really just in our mind not in the weather.

A new paper put out by the Max Planck Institute to Support Global Warming says so, and that should settle it.

Really, it has too.

Because, remember: They say so.

In the scientific press release accompanying the report-- which to any unbiased observer upon plain reading contains no emotional bias -- the Bearded Lady says this:

“Sceptics who still doubt anthropogenic climate change have now been stripped of one of their last-ditch arguments.”

We are triumphant!!! Other humans are puny!!!

“Recently, Jochem Marotzke, Director at the Max Planck Institute for Meteorology in Hamburg, and Piers M. Forster, a professor at the University of Leeds in the UK, have impressively demonstrated this by means of a comprehensive statistical analysis.”

They are SOOOOO impressive. And superior!!!

“Quite apart from their role as scientists, researchers have another reason for greeting the study with mixed feelings: no all-clear signal has been sounded. Climatologists have been fairly correct with their predictions. This means: if we continue as before, the Earth will continue to warm up – with consequences, particularly for developing countries, that we can only begin to fathom.”

In other words “Our models are perfect, it’s the earth that is in error. We’ll show on a spreadsheet.”

I thought hard science wasn’t supposed to have feelings like this one way or another.

Or am I missing something?

I won’t get into the science involved in the report. I let others do that and report on the results.

But I am struck by how much of a vested interest these researchers have in finding that, yes, indeed, their god is alive and well.

They work at institute dedicated to prevent global warming. And of course, it would be bad for business to declare victory for them and move on.

Nothing says unbiased research like being a part of the carnival.

I guess that’s how they can make the simultaneous argument that: 1) 15 year weather intervals have no meaning; 2) yet, the assertion that 100 of the hottest years on record have happened in the last 10 years should merit everything (end sarcasm here).

Never mind that those “observed” temperatures that they used to declare it the “hottest on record” vary by a statistically negligible 2 hundredths of a degree. Or that the “observed” surface temperatures—as used the Planck study-- are not accurate even according to climate scientists polled by the Washington Post.

You might note that the Post buried the criticism of the much ballyhooed “warmest year on record” headline under gushing praise and a 12 inch graphic:

Because nothing says you are a part of the carnival quite like hiding the critics from view while the barkers bark.