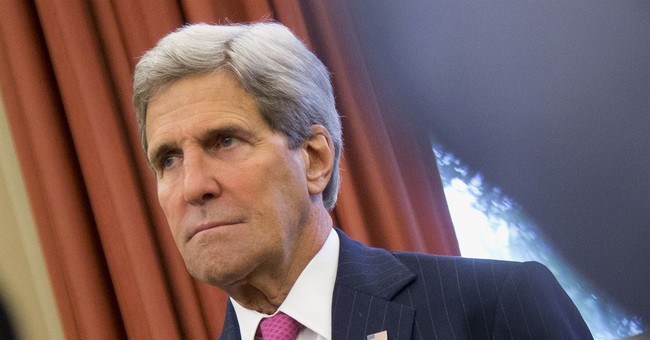 Many people are stupid. And I mean a lot of people.

So John Kerry went on national TV to triple double dog dare Edward Snowden to come back from Russia.

“Secretary of State John Kerry on Wednesday called National Security Agency leaker Edward Snowden a fugitive and challenged him to ‘man up and come back to the United States,’" reports ABCNews.

Man up? For the death penalty? Or life in prison?

Raise your hand if you trust this government to administer justice fairly, and honestly?

I don't know that Snowden is a hero or a goat, but I do know that because of him we're having this conversation today. I do know that a federal judge has said that the data gathering portion at issue is likely unconstitutional.

This is a government that won't even come clean about spying at the IRS.

Snowden, as you might remember, managed to steal tons and tons of secrets from the top-secret spy agency. He's been popping up from exile in Russia, trading jabs with administration officials in a way that he wouldn't be able to from a prison cell. The administration says he was a “low-level” IT guy at the NSA, who just managed to steal all those secrets undetected.

Here's what people need to know about that: In the intelligence community when they share information with the general public, especially when something's been as FUBAR and embarrassing as the Snowden thing, it's because that's what they want the general public to know.

Will they lie? Yes. It's a way of life for them, just like on a cheating girlfriend.

And here's the second thing that you need to know: Getting past the question of whether the 4th Amendment allows the massive data-gathering that's been going on since 9/11-- and I believe that it does not-- what the United States has always had a shortage of is human intelligence --that is, manpower on the ground

Let's take the example of if what we know is to be believed- and that's probably specious- about the killing of Osama bin Laden.

Yes, signals intelligence played its part, but what cracked the case was a guy on the ground with eyeballs, and that's called human intelligence.

The US has always been in love with technological solutions to intelligence problems. That’s because the American people view it as much cleaner.

But advances in technology have actually made the methodology much more dubious.

We have the technology today to go through a whole haystack and find the one needle, but the real question is: Is that the most efficient, most constitutional, smartest, and least invasive way of approaching intelligence gathering? Must we disturb the whole haystack to find the needle?

The answer is most definitely no.

Because the haystack here, is you and me.

And the problem with the haystack approach is a very human problem: any data that the government gleans, the government will use, especially when they get backed into a corner.

Just ask all the nonprofit groups who never had their applications approved because the IRS felt they “might be” political.

The solution for the intelligence community, and for our body politic, is to build up our human intelligence capabilities, and leave the haystack alone.

Neither you nor me nor the person sitting next to you has done anything to warrant having our personal data gone through. And if the haystack had to be picked through by actual human beings rather than machines, you'd find far fewer people willing to spy on their neighbors.

Yes, people are stupid. But outside of government, they're not that stupid.

The people that need to man up are John Kerry and Barack Obama, if of course, that's even humanly possible.