What a Disaster: Obamacare Shows the Dangers of High Capacity Legislation 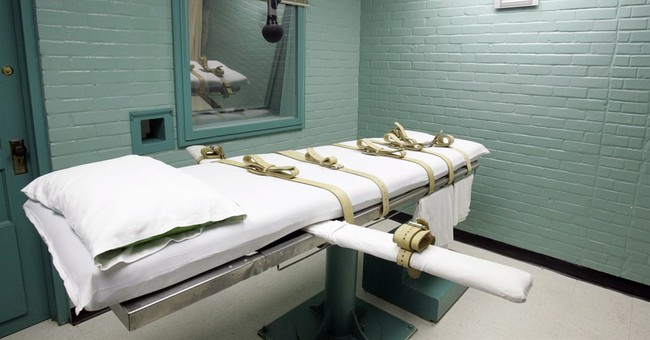 As my home state of Colorado rocks under the worst floods in 100 years, Obama has declared the state’s flooded areas a disaster area.

Estimates vary regarding the number of people missing. I’ve seen headlines put the number at between 500 and 1,000, but The Hill says it’s 200.

But what is a flood, in terms of life and limb, when Obamacare looms over the country as a whole? That’s not a rhetorical question either.

Obamacare has been likened to a “disaster,” a “trainwreck” and other implacable forces of nature or accident that gouge out the health, wealth and well-being of a community. The numbers of people affected just last week by the looming implementation of Obamacare easily numbers in the tens of thousands, or even hundreds of thousands.

Thousands of part-time employees at the boutique grocery chain Trader Joe’s, for example, were told last week that they’d be losing benefits in favor of a $500 stipend for exchange-based healthcare. Some of those employees will pay more now for health insurance, some will pay a bit less. But however those employees make out, the rest of us will pay more as Obamacare costs start to mount.

“Trader Joe's is essentially shifting the costs it used to pay for health insurance onto the federal government,” admits the Washington Post, one of Obamacare’s top proponents.

Trader Joe’s joins IBM, UPS, and the City of Chicago as the most high profile institutions that have shifted the cost of employee benefits to Uncle Same Ole, Same Ole.

But it’s not just costs that make it a disaster area.

Michael Cannon from Cato writes about a new book from David Goldhill, a Democrat, who has reexamined his belief in universal care after his experience with his father’s death convinced him that government healthcare killed his father.

“In 2007, David Goldhill’s father died from infections acquired in a hospital, one of more than two hundred thousand avoidable deaths per year caused by medical error,” says the publisher’s pitch for Catastrophic Care: How American Health Care Killed My Father--and How We Can Fix It. “The bill was enormous—and Medicare paid it. These circumstances left Goldhill angry and determined to understand how world-class technology and personnel could coexist with such carelessness—and how a business that failed so miserably could be paid in full.”

Suffice to say the book isn’t kind to Obamacare or government run healthcare.

“[T]he frustrating reality is that despite more than sixty years of government efforts – representing the work of both political parties,” writes Goldhill, “we are moving further and further away from what we want. Prices are higher, more people are excluded from needed care, more excess treatments are performed, and more people die from preventable errors.”

It’s that “more people die from preventable errors” part that should have all of us concerned. Preventable error is what the government is really good at. It’s also what designates Obamacare as truly a man-caused disaster area, just like other natural disaster areas.

There are a lot of good arguments against the implementation of Obamacare:  it’s expensive, it erodes liberty, it is unduly intrusive, it’s subject to political influence, it’s inefficient, it kills jobs, it gives incentives to companies to offload benefits on to the government. These are all good and true arguments.

Liberals try to trump these arguments by saying their commitment to universal healthcare proves that they CARE more about people.

But unlike the other disasters, the Obamacare disaster was a man-caused “Disaster of Choice” or a “Catastrophic Choice” to quote our current Secretary of State who seems to know a lot about catastrophic choosing.  After all he helped pass the Obamacare law when he was in the Senate.

Then they crafted it and created it just for you, and you, and you and you, with the belief that once imposed on all of us we may now rest in peace.