Why 2014 Shapes Up to be Another Tea Party Year 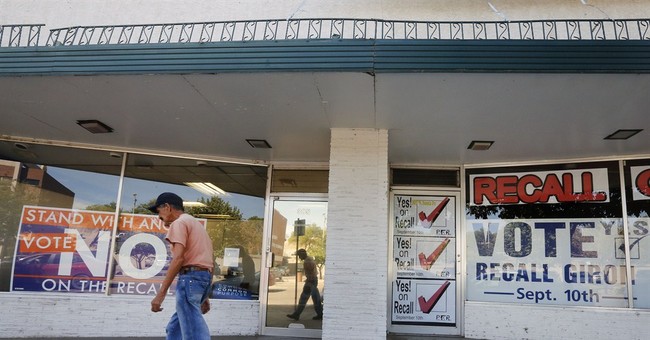 The last year has been highly informative for Americans who have been looking for information on hypocrisy, shabby intellectualism, broken promises, opportunism, populist dreck, and IPhones.

Since almost the moment Obama celebrated his re-election with Republican leader John Boehner by proposing to raise taxes on all of us, God has played an enormous practical joke on liberals.

In only ways He could, God has shown that liberals are wrong. Not just wrong, but really, really, seriously wrong.

Demented even. And yeah, I’m talking about Ezra Klein.

No, the world really doesn’t work the way liberals want, they’ve found out, and what’s more, liberal leaders and scribblers know it. They have known it for years.

Liberals have, in 50 years, morphed from the idealism of Camelot to the reality-game show hostness of Al Sharpton.

It’s not even just that they are wrong, it’s that at the top of the liberal pyramid they are liars, intellectually bankrupt, the moral and intellectual equivalents of Jim and Tammy Faye Bakker, spreading a gospel which not only they don’t understand, but the they exploit for their own, and no one else’s gain.

It’s been little less than a year for people who enthusiastically voted for Obama in 2012 to find this out.

And what liberals miss in being wrong on specifics, they make up in volume.

Liberals were wrong in blaming the rich for everything that was wrong with everything in the world. They got their tax increase on rich people- and poor people too- and it hasn’t ushered in period of great prosperity. In fact, research show pretty conclusively that the tax increase that liberals elected Obama on in 2012 has been bad for the economy.

Our contributor, Political Calculations has a nifty tool that can show you how quantitative easing, tax increases and government spending cuts have affected the economy.

“One thing that you'll find is that over 90% of the negative drag on GDP may be attributed to the tax hikes that took effect in 2013,” writes PC. “Less than 10% may be attributed to reductions in government spending at all levels in the U.S. Finally, if you really want to play the ‘what if’ game, try combining government spending cuts with modest tax cuts in our tool …. One may wonder why today's politicians aren't discussing implementing this particular combination of fiscal policies.”

One can wonder, but frankly the answer is easy.

Liberals are greedy for the wealth acquired by others so they can use it to keep their government-dependent constituency happy.

Which brings us to:

Economists- outside of nuts like Paul Krugman- agree that the sequester has had little impact on the economy short-term and provides a great deal of benefit long term.

Yet today the White House still says: “Harmful automatic budget cuts — known as the sequester — threaten hundreds of thousands of jobs, and cut vital services for children, seniors, people with mental illness and our men and women in uniform. These cuts will make it harder to grow our economy and create jobs by affecting our ability to invest in important priorities like education, research and innovation, public safety, and military readiness.”

Well at least the evil, terrible Tea Party people got what they deserved when liberals from government agencies like the IRS started recognizing the great danger they pose through tax-exempt donations that mostly measure in the tens and twenties of dollars. And just to be sure that ordinary people don’t get too carried away by that whole “freedom” thing, the government, we know now, has been reading all of your internet traffic, tracking all of your phone calls, breaking laws, even those laws promulgated by a SECRET COURT.  In the USA: A SECRET COURT. Really.

Right now as you read this, someone is watching you. Not that George Orwell predicted any of this, like the part about being constantly at war, hurling missiles at other countries in a standoff and fight war, or anything.

Because that was just fiction, right?

Which brings us to:

4) Missiles Over the Mid-East.

The president who said he was elected to bring us peace, has brought us more war, and losing war at that. Iraq, Benghazi, Libya, Afghanistan, Pakistan, Egypt- almost- will be lost despite Obama’s chest pounding in the region. While Carter only lost a country- Iran- Obama’s set to turn over the Middle East to implacable enemies of the United States.

But what worries most people is Obama’s willingness to spin up missiles for whatever foreign policy goals he’s trying to achieve. And most people, including, I think Obama himself and even Mrs. Obama, are unaware of his foreign policy goals. Make no mistake, no matter how the Syria thing turns out eventually, Obama didn’t just tarnish his own image by amateurish foreign policy, but tarnished the United States.

Among Democrats, 25 percent say the U.S. is more respected around the world today. That’s a 27 percentage-point drop from 52 percent last year.  Twenty-seven percent of Democrats say the U.S. is less respected, up from 11 percent.

A slim 51-percent majority of Independents thinks the U.S. is less respected, up from 38 percent last year.  At the same time, the number of independents who think the country is more respected fell to just 9 percent, down from 27 percent.

While liberals will likely dispute the objectiveness of a Fox News poll, the trend is clear: Even liberals admit that Obama’s a failure if judged by the global sniff test that liberals adore.

Yes, it seems the more things change, the more they stay the same. At least climate-wise.

When I wrote earlier this year that the UK’s official weather service had quietly and only tacitly admitted that there had been a unexplainable pause in global warming according to most climate change models, liberals predictably attacked the messengers.

The UK’s MET Office, more formally called the UK's National Weather Service, updated global temperatures for 2012 and the new dataset shows that an “unlikely” event has occurred, according to their own models: Global warming has been halted for 15 years and counting.

While the MET Office accused critics of cherry-picking a starting point and nitpicked about language-for example the Daily Mail reported that the “Met Office report [was] quietly released,” while the Met office whined they just updated the data and there was no “report” at all- they don’t dispute that from 1997 until the halfway mark in 2012 there has been no statistically significant rise in global temperatures.

But , as Forbes contributor Larry Bell relates, even as the “U.N.’s Church of the Burning Planet are scheduled to finalize their latest hellfire and brimstone sermon, a chilling development has occurred. A flood of blasphemous reports circulated among ranks of former faithful parishioners are challenging human-caused climate crisis theology.”

Turns out the UK’s MET office WAS making an admission by omission on climate, er, global, uh, stuff:

According to a recent Opinion & Comment piece titled“Overestimating global warming over the past 20 years”that appeared inNature Climate Change,the model-based fear and loathing attached to global warming may be substantially overheated. Notably, Francis W. Zwiers, one of the three authors, is a vice-chair of this relevant section for AR5.  The writers observe that whereas the global mean temperature over the past 20 years (1993-2012) rose at a rate of between about 0.14o–0.06oC per decade, average temperatures computed by 117 simulations of 37 climate models predicted a surface temperature rise of 0.30o-0.02oC per decade. The observed rate of warming was less than half of the simulated rate.

So what do you do when global warming doesn’t even remotely follow your “models” and Obamacare does the same? Start a war in the Middle East?

Which bring us to:

Obamacare is not just everything conservatives predicted- pork-barrel, bad for health, expensive, government over-reach, bad for the economy, rationing, subject to abuse, fraud and waste- it is much, much worse than even that.

Because the guys who decided that the Tea Party was a menace- the IRS- will be enforcing provisions of Obamacare. That means that while the NSA watches my tax return as I file it electronically, the IRS on the receiving end will be making sure that I’m not supporting any patriotic un-American activities like itemizing deductions for medical expenses. And the person Obama proposed to head up the IRS enforcement arm of the government? The exact same person at the IRS who was at the center of the IRS Tea Party tax scandal.

She was the one who, in front of Congress, invoked her constitutional right not to tattle on herself.

She’s also invoked her constitutional right to hide from the press and the public, while being on official paid leave with the IRS.

With Obama there is always more.

But I’d run out of ink before I’d get through it.

So now I leave it to you Townhallers, Tea Partiers and Patriots to finish below what I started.

Just as I always do. And you know what? You guys never let me down.