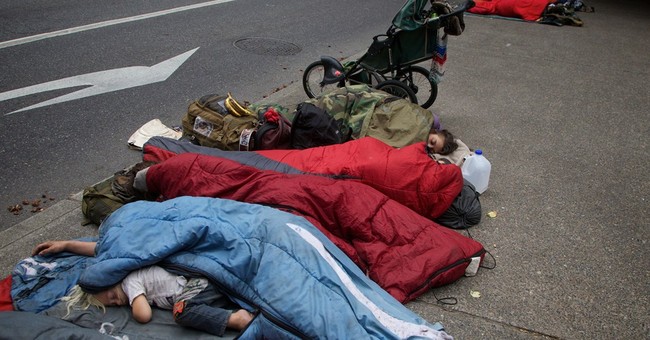 There they go again: while admitting to their lie about first quarter GDP, government economists are finding new ways to lie about second quarter GDP.

While all of the attention for market-watchers has been on will-they-or-won’t-they taper at the Fed, the real story GDPof the year is the fact that the Commerce Department just downgraded GDP growth once again, in at least a partial revision of the lie they first told last winter.

The tape doesn’t lie, they say in the stock market, but this government finds ingenious ways to lie every day about the economy as Main Street languishes.

If Mark Twain said that there were lies, damned lie and statistics, I would only add a fourth category: government statistics.

First quarter GDP was revised downward from an initial reading of 1.7 percent to 1.1 percent, a revision amounting to a whopping 35 percent. Even Republican pollsters got better margin of error against Obama in 2012.

I know what you are thinking: These are the same honest O’bam-a-con-O’mists who sold America Obamacare as a deficit reduction measure-- a measure that would decrease healthcare costs, improve healthcare, wash your car and make the seas part so Al Gore could walk to Europe instead of taking his jet.

Thus, we should just give them the benefit of the doubt like stock traders do.

Well, if this stock market ever tries to trade just on real fundamentals- like it used to- the new cash-induced highs that we’re told are the new normal could crash, as they normally do when taken of the Fed’s cash-drug abruptly.

And here’s a cautionary note for all of you: the second half of the year has tended to be troublesome the last few years for both the economy and the stock market.

Or let’s put it this way: If these revisions to GDP were a child, they’d have to put its picture on a carton of milk. Abduction- or some other crime- is the only way to explain the missing GDP from the first quarter’s initial read.

And then there’s the matter of the miraculous 2Q-2013 initial reading for GDP that was just reported at 1.67 percent. As our own Mike Shedlock points out, they got that result because suddenly inflation has been halved…officially and statistically.

It all adds up to GREAT NEWS for the market, while Main Street gets the bill .

“For Main Street, the GDP report is downright frightening. After several rounds of quantitative easing, and a somewhat sluggish improvement in the labor market, a 1.7% print is ridiculously underachieving for our economy," says Todd M. Schoenberger, managing partner at LandColt Capital.

However, "for Wall Street, this is terrific news. It's hard to fathom the Fed taking its foot off of the proverbial QE pedal with such a low and abysmal growth rate. It should be status quo for the bulls as the rally will continue for the rest of the summer," he added.

But there they go again.

7) Government Sequester- Remember when the world was coming to an end because the government was required to cut spending about half the amount that citizens were required to? Yeah. I do too.

6) Oil and Energy- you see a big problem is that we don’t have five dollars a gallon gas like they do in Europe. Ha, ha, ha, ha!

5) Too-Big-To Fail- it’s a good thing that they fixed the too-big-to-fail problem because, um, oh wait… they didn’t fix it.

4) GDP- yes the geniuses that brought us Obamacare have now included Miley Cyrus’s intellectual property as part of our GDP. Why? Politicians are getting ready for another round of reckless spending.

3) Inflation- inflation? what inflation? Oil is always $110 a barrel.

2) Obamacare- politicians are using Obamacare as the newest way to bail out big cities. Why? Politicians are getting ready for another round of reckless spending.

1) Unemployment- you want progress? Twice as many people are getting food stamps than jobs created since Obama took office. How progressive!