NPR: We Are Not At War With Libya

John Ransom  |  Mar 23, 2011
The opinions expressed by columnists are their own and do not necessarily represent the views of Townhall.com.
Top Columns
Trending on Townhall Media 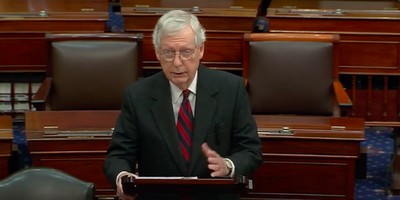 What if we had a war and called it something else? Well then we’d be a policy wonk for progressives.

NPR yesterday weighed in on the constitutional debate on the war in Libya that has split liberal from liberal, conservative from conservative: Are we at war and when do we have to declare it?

Thankfully, NPR allows us to remain calm. We are not at war, the Corporation for Public Race-baiting tells us, even if we are a bunch of Tea Party fascists and racists.

Quick. Send a link to the president, he’ll want see this.

And you thought we got nothing for our tax dollars? Call it what you will now, but the action in Libya is most definitely not a war under any legal definition or constitutional challenge. Think of the savings we’ll enjoy without Congress and the courts getting involved in another dispute over an Obama policy.

To bolster the NPR case, their totally, 100 percent, objective reporter found a college professor to tell us not to worry, we’re not at war.

"Would I consider us 'at war' with Libya at this moment?” Judkin Browning, a professor of Military History at Appalachian State tells NPR. “I would say no, simply because of the very limited nature of our military mission."

Wow. That was easy.

What this country needs is more can-do college professors weighing in on important matters of public policy. Then we could change our national mantra from “Yes We Can” to “Yes We Can-Do!”

We might even be able to pass healthcare reform the same way….Oh, wait….

Browning then gives us the clincher too: "We are operating under the authority of the U.N. Security Council — as we did in Korea, Afghanistan, and Iraq twice — and we have clearly stated that our mission is to prevent Libyan forces under Gadhafi from harming civilians." Presumably, he said all that with a straight face.

And of course, we are all agreed that none of the “operations” cited above were, um, wars.

The news must be comforting to the pilots of the downed F-15 that crashed outside Benghazi, and all of the other men and women who have not served in a war since 2001, sacrificing their own comfort and freedom and, at times, life.

Must be comforting to their families too.

I never knew liberals had it so easy intellectually.

Any time you are faced with a thorny question of ethics, morality, rights, wrongs, you can just deny the facts. You can spend years railing at a president, turning up the moral indignation meter, playing the victim.

Then you can say, “Oops. Never mind.”

The comedian Steve Martin once observed about his disillusionment with the Age of Aquarius that “[t]he vast numbers of us who changed our thoughts and lives for this belief proved that, yes, it is possible to fool all of the people some of the time.”

But don’t fear: Thanks to your generous donation to the Corporation for Public Broadcasting, you can’t fool NPR.

At least, not without a video to prove it.