Sounding the Alarm for Climate Change. Oh, and the World is Flat Too 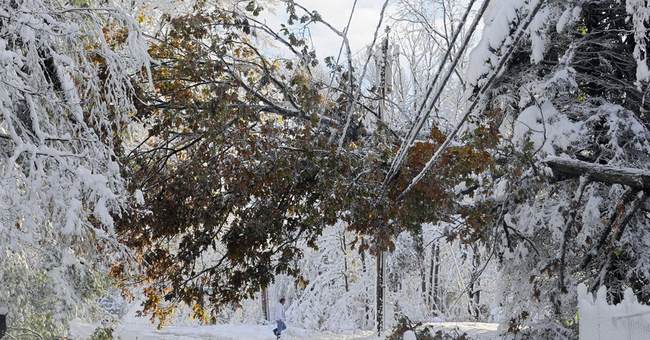 The tattered husk of climate change is once again being drawn from its dusty shelf in a pathetic attempt to distract from issues lethal to the Obama administration. Climate change is the current analog of the turn of the century flat earth theory. Barack Obama is the huckster in chief, touting a theory based in as much science as the belief that the earth is as flat as a saucer.

From ancient times through the early 20th century, the prevailing theory among classical Greek thinkers, early church fathers, and modern cosmographers was that the earth was a sphere. Only during the rise of Darwinianism did flat earth theory gain some popularity as an artifice to discredit opponents of the theory of evolution. As flat earth theory was a tool of intimidation and subterfuge, so do the proponents of climate change seek to discredit political opponents and distract from what’s really going on.

Climate change is merely based on supposition and is a theory in desperate search of supportive facts. A century ago, the flat-earthers were actually more scientific about their theory than the climate change experts are today. Flat-earthers based their early theories on observation, deducing that since other heavenly bodies looked flat, the earth must be flat as well. At least, the flat-earthers had the excuse of being technologically primitive. The climate-alarmists have access to the most advanced computer hardware and software; however, no amount of advanced technology can replace integrity. Since the email leaks from the University of East Anglia’s Climatic Research Unit, no thinking man can doubt that climate change is a colossal fraud. The “experts” have been cooking the books from the beginning. All the temperature data is a fiction. It’s all there in the emails. Climate change is a modern superstition which fills the boarders of its maps with the phrase, “beware, here be dragons.”

But, climate change isn’t a scientific theory so much as it is a political ideology. It’s the “Green” opiate of the masses and serves as a cudgel in the hands of despots, brining to heel the uninformed and weak minded. It’s a very convenient untruth through which a despotic agenda may be laundered and sold to constituents as something good for the environment. Who wouldn’t sacrifice a sliver of liberty to save the polar bears from extinction? The environmentalists are quite satisfied to watch liberty die a death of a thousand cuts.

Isn’t it odd that it’s always capitalism that is blamed for the destruction of the environment? Apparently, only socialists and communists are equipped to live in harmony with their environment. China can pump billions of tones of carbon into the atmosphere, pollute its air with choking and acrid chemicals, and blight its land with toxic waste, yet garner the warmest praise from hollywood and the peanut gallery of climate change “experts.” It would almost lead one to wonder if there isn’t something more sinister at play.

The climate-alarmists have been at this chicanery for decades. They told Nixon that if American capitalist interests maintained their destructive agenda of creating the greatest economy in the history of the world that we’d all be dead by the year 2000. Well, we’re all still here and breathing. The seas haven’t inundated continents and the polar caps are still there—and growing.

So, the Obama Administration sounds the klaxons of environmental doom and trots out “experts” who swear by their fictionalized computer models that capitalism must be curbed or the end is near. How convenient. The scandalous debacle of the Benghazi terrorist attack is gaining momentum and the establishment media have begun to actually pose a question or two. It’s enough to terrify any despot. But, Obama knows that the attention span of many Americans is short. After all, the Kardashians are so interesting. All Obama has to do is produce a shiny bauble and his slight of hand is complete.

Climate change or the earth is flat, take your pick because they’re both nonsense. The real trick is seeing what the conman doesn’t want you to see. It’s really not that hard. You just have to exercise a bit of critical thinking and work in the space outside the box. Obama’s bauble is climate change but what he’s hiding up his sleeve is Benghazi and the bodies of four dead Americans.