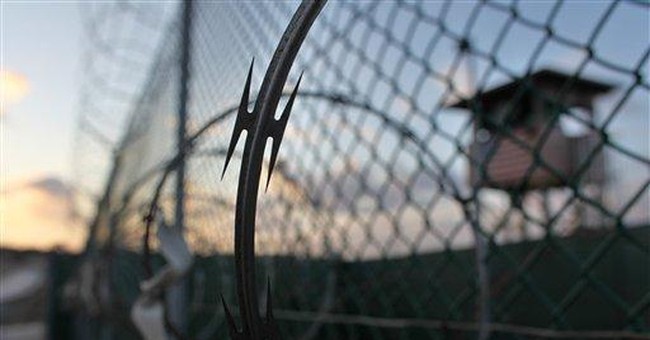 As the fate of the Guantanamo Bay detention facility for terrorism suspects dangles in the wind awaiting President Obama's decision, the Pentagon has made it clear that the controversial U.S. Navy base, seaport and airstrip in Cuba - the only strategic U.S. military installation in the Caribbean - will continue to function in full operation, as will its McDonald's, Taco Bell and Starbucks.

Regarding Supreme Court nominee Judge Sonia Sotomayor, New York City-based columnist Daniel Greenfield didn't beat around the bush when writing in the opening paragraph of Tuesday's column: "I would hope that a wise white man with the richness of his experience would more often than not reach a better conclusion than a Latina woman who hasn't lived that life."

Who needs a Republican to be critical of President Obama's economic policies when you've got Libertarian National Committee Chairman William Redpath working the political assembly line?

Mr. Redpath, like others in Washington, is outraged in the wake of this week's bankruptcy filing by General Motors - a filing that took place only after the once-mighty auto giant received $20 billion in taxpayers' money, with another transfer of $30 billion waiting in the wings.

As the Libertarian charged: "President Obama has accomplished at least one thing with GM's bankruptcy: a transfer of tremendous wealth from GM's lenders and U.S. taxpayers to the United Auto Workers union that supported his election."

Bill McAllister, communications director for Gov. Sarah Palin, is moving to the Alaskan Department of Law to serve as the special assistant to the attorney general, says LaDonna Hale Curzon, the Washington-based executive producer and co-host of Sarah Palin Radio.

She says his replacement is David Murrow, a veteran network TV producer who has served as an elder in the Presbyterian Church.

The National Oceanic and Atmospheric Administration's National Weather Service Climate Prediction Center is playing it safe with its outlook for the 2009 Atlantic hurricane season, which got under way this week and runs through November.

IN THE ARMY NOW

This columnist recalls attending an Alexandria housing community keg party and concert more than a decade ago and being introduced to one friendly attendee who was comfortably clad in shorts and a bright red Hawaiian shirt, his hair worn none-too-short.

To my surprise, it was Rep. John M. McHugh, now a nine-term New York Republican and ranking member of the House Armed Services Committee, who was nominated Tuesday by President Obama to become secretary of the Army.

"Weymouth has a self-deprecating manner and a handshake like a Marine."

Or so writes best-selling author Ronald Kessler, chief Washington correspondent of Newsmax.com, who praises Washington Post publisher Katharine Weymouth, 43, for her efforts to shed the newspaper of its long-standing liberal bias as practiced by her late grandmother, former Post Chairman Katharine Graham.