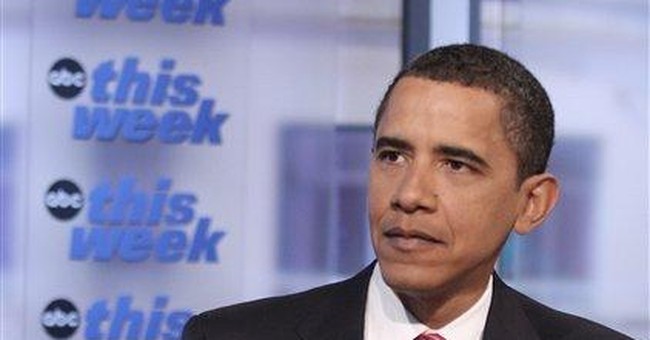 "The 111th Congress is less than a week old, and already the first tax increase has been put on the table," complains Americans for Tax Reform (ATR), referring to a proposed 156 percent increase (61 cents) per-pack federal excise tax on cigarettes to fund a $35 billion expansion of the State Children's Health Insurance Program.

"Remember the quote? 'If you make less than a quarter of a million dollars a year, you will not see a single dime of your taxes go up' (President-elect Barack Obama in the October 7 presidential debate)."

As many as 55 percent of American smokers are "working poor," according to ATR, with 1 in 4 living below the poverty line.

The president of Victims of Pan Am Flight 103 tells Inside the Beltway that the family organization is "outraged" that Georgetown University's Center for Contemporary Arab Studies has invited Libyan leader Moammar Gaddhafi to speak to the campus via satellite in a Jan. 21 videoconference.

"Three Georgetown graduates were murdered on that plane by Gadhafi's operatives, and the 'generous funding' [for the conference] by Exxon Mobil just adds fuel to the fire," says Frank Duggan, the victims group president.

Meanwhile, this column obtained several letters sent to Georgetown President John DeGioia, including one from a 1991 university graduate, (his twin sisters also graduated Georgetown, in 1996), whose brother was among the 270 passengers killed in the 1988 bombing over Lockerbie, Scotland.

"President DeGioia, in addition to my brother, there were also Georgetown alumni on the Pan Am 103 flight. How are we honoring these people when we allow the person behind their murder [to] talk about conflict resolution?" writes Mr. Flynn. "I ask you: Would you allow Osama bin Laden to speak?"

In another letter, Hafed Al Ghwell, a Libyan-American and longtime associate of the university's Arab center, says if nothing else Georgetown should distribute copies of Col. Gadhafi's "dismal human rights record ... so your audience can have a sense of the history ... of the speaker before them and grieve the tragic loss of direction of a once-credible Center for Arab Studies."

Restoring morale was at the top of his agenda when Michael V. Hayden was appointed to lead the CIA in 2006.

Now, as he prepares to step down two-plus years later, most would agree that Mr. Hayden, a former director of the National Security Agency who retired only last year as an Air Force general, was everything his predecessor - former Florida Rep. Porter Goss, whose 18-month tenure at the helm of the CIA is best described as rocky - wasn't.

Through congressional testimony and other channels, Mr. Hayden aired much of the CIA's so-called "dirty laundry," including describing the spy agency's interrogation and counterterrorism methods, procedures and policies.

One in house memo obtained by Inside the Beltway in 2008 had the CIA director reiterating to staff about waterboarding: "[T]his technique is not part of CIA's current program, has been used in the past on only three detainees, has not been used for nearly five years, and the threat and operational circumstances under which it was previously used have changed dramatically."

Still, as President-elect Barack Obama announces his intentions to replace Mr. Hayden with former Rep. Leon Panetta of California, who also had served as chief of staff to President Clinton, there are still grumblings heard within the media and elsewhere that the agency hasn't gone far enough to reassure a skeptical public.

"We've read and heard a lot over the past few days about the status of morale at CIA," CIA spokesman Mark Mansfield now tells Inside the Beltway. "A lot of this garbage appears to be coming from has-beens, wannabes or never-weres. Unnamed sources who suggest morale is low don't have any idea what's going on here ... .

"CIA employees don't spend a lot of time navel-gazing, pondering their fate, or feeling unappreciated. That's not the culture here, nor is there time. They're busy focusing on the mission and doing everything they can to help keep the country safe. That's what the American people expect of us."

A 2008 survey of CIA employees had 88 percent of respondents describing the agency as the best of all possible places to work.

"If what I'm hearing from reporters is true about shrinking budgets, layoffs, closing of bureaus, etc., I would imagine that morale here is a heck of a lot higher than in most newsrooms these days," Mr. Mansfield concludes.