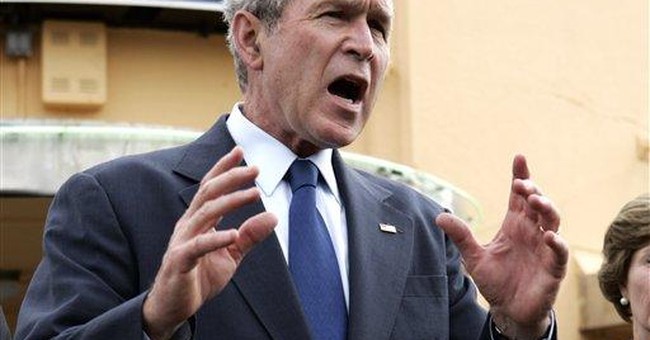 "It's the economy, stupid!" all over again.

And if not by university degree, the next president of the United States had better become an economist, and fast.

"Both candidates have gone on to play it rather safe politically through this economic crisis so far," he says, adding that "the best leadership, whether in business or politics, is set by bold example, not words."

He says Sens. John McCain and Barack Obama "have staked out strong and markedly different approaches on other key issues in this election, such as health care and social policy, but the economy may be the ultimate test of their judgment as possible leaders of the free world."

Fittingly, Mr. Baker, who served 18 years in the Senate, was introduced by Sen. Robert C. Byrd, the still-energized West Virginia Democrat, who turns 91 next month.

"In an unusual - perhaps even unprecedented - set of circumstances, Senator Byrd and I served as each other's majority and minority leaders for eight very eventful years in the late 1970s and early 80s," Mr. Baker noted. "And while there are some things Senator Byrd and I disagree on, one thing on which we're in absolute agreement is that being majority leader is better."

Among the Democrats not happy about bailing out Wall Street to the tune of $700 billion is former 2008 presidential candidate Rep. Dennis J. Kucinich of Ohio, who says the nation has come a great distance from "the New Deal to the raw deal."

In the category of what's remaining and what's on the horizon for the U.S. Supreme Court, we turn to Curt Levey, executive director of the Washington-based Committee for Justice, who observes that this week marks "the beginning of the last Supreme Court term of the George W. Bush era."

And what if Democrats led by Sen. Barack Obama storm the White House?

That said, he presents the "Top 10 Things to Expect from an Obama Supreme Court."

4. Stripping "under God" from the Pledge of Allegiance