John Kass
|
Posted: Jan 14, 2020 12:01 AM
Share   Tweet
The opinions expressed by columnists are their own and do not necessarily represent the views of Townhall.com. 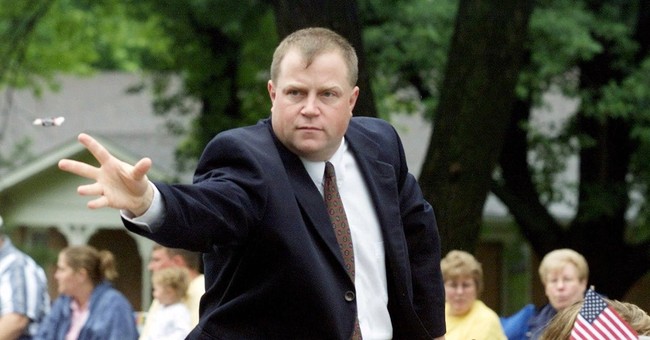 While watching Clint Eastwood's great new film "Richard Jewell," about the heroic security guard of the Atlanta Olympics who saved lives only to be savaged by the media mob, I thought about another innocent.

Nicholas Sandmann, the kid from Covington Catholic High School in Kentucky. He suffered the same kind of agony and humiliation.

It was only a year ago that Sandmann was all over the news, branded as a hateful racist in a MAGA hat. The media got it wrong. Sandmann was in the news again the other day, after CNN settled that $275 million libel suit he filed. Terms were not disclosed.

Jewell and Sandmann were each publicly stripped of their honor through no fault of their own. Yes, "honor" is a terribly old-fashioned word, a bizarre medieval concept to some, but others can't live without it.

Jewell was a security guard at the 1996 Atlanta Olympics. He spotted a bomb in Olympic Park and police began pushing people away. If it weren't for Jewell, many would have died. But he was torn apart by the media mob in wild, speculative stories pinning him as the prime suspect in the bombing.

But Jewell wasn't the bomber. The real bomber, Eric Rudolph, was eventually caught.

I've been a reporter most of my life, and "Richard Jewell" was unsettling. I've been in media packs staking out a story on some front lawn, the people frightened and unprepared and hiding inside.

Still, I'm glad I watched it. All of us need to be reminded.

"Richard Jewell" has been criticized for hinting that an Atlanta Journal-Constitution reporter -- the woman who broke the story that Jewell was a suspect -- offered to trade sex to an FBI agent for the leak on Jewell.

It wasn't proved, and was a terrible accusation against a now-dead reporter, and Eastwood should not have included it in the movie.

And still, for all that, "Richard Jewell" is an important film because it illustrates the herd mentality of journalism on a breaking, emotional story and how that can go horribly wrong.

And what of Sandmann? What was his true crime?

He was in the March for Life.

And he wore a red Make America Great Again Hat in support of President Donald Trump.

Sandmann, Jewell and the destruction of reputation is old news now for some. Don't worry. There's always something new to grab at your eyeballs.

Trump is the only story for some. Look at any newspaper or TV network news show, and you'll see a few who can only write and talk about Trump. And when they're not talking Trump, they're insulting his supporters and vowing revenge -- perhaps hoping for another French Reign of Terror? -- against any American who doesn't hate Trump as much as they do.

Trump impeachment is a story. Harvey Weinstein, Jeffrey Epstein, and what of Megxit? That's a fine story, because the saga of Prince Harry and Meghan fleeing the royal family is amusing, like some madcap romantic comedy, unless, of course, the stress kills elderly Queen Elizabeth.

And in Chicago we had a man who said he was bit on the buttocks by a coyote in the wealthy Gold Coast neighborhood. Anytime you see "buttocks" and "coyote" in a headline, copy editors get their wings.

But I'd rather think about Nicholas Sandmann. You remember Sandmann?

CNN settled, but NBC is being sued too, as is The Washington Post and others. Let's hope the dollar amounts, if any, are made public because, as we're told, democracy dies in darkness.

Sandmann, then 16, was branded as a racist over a video confrontation with an old man, Native American activist Nathan Phillips, who pounded a drum in Sandmann's face.

A CNN analyst wanted him punched in the face. Other journalists and commentators at major news organizations, and comics, poseurs and wits, called him terrible names and allowed his reputation to be destroyed.

Leftist mobs in the Twittersphere, that oily sea of anonymous partisan hate, clicked on anything that poured more hate on Sandmann. And journalism, desperate for clicks, served him up.

But Sandmann wasn't a hater. The haters were a group of angry Black Hebrew Israelites screaming horrible racist and homophobic taunts at the Covington kids and at Native Americans.

Sandmann wasn't doing any of that. He was just a white kid in a MAGA cap, confronted by the old man with the drum, and he smiled, nervously.

And for that, he was flayed by the media. All of it could have been avoided by the application of another terribly old-fashioned word: reporting.

But there was a mad media rush, and later, when passions cooled and it was established that the attacks on Sandmann were unfair, the subject came up on ABC's "The View."

I must confess that I don't watch "The View." It could be that I have a weak stomach and worry to see bits of flesh from some hapless conservative dangling from the teeth of the hosts.

But after the Sandmann story was straightened out, Whoopi Goldberg wondered why the media keeps making the same mistake.

"Because we're desperate to get Trump out of office," said co-host Joy Behar. "That's why."

And the studio audience laughed.