The 7 Worst Examples of Fake News From the Mainstream Media

John Hawkins
|
Posted: Dec 10, 2016 12:01 AM
Share   Tweet
The opinions expressed by columnists are their own and do not necessarily represent the views of Townhall.com. 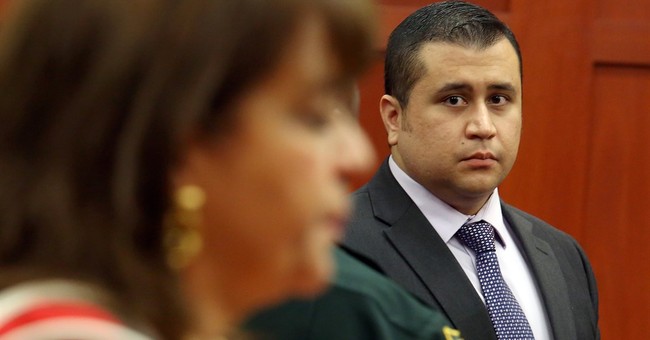 Have you heard that Hillary Clinton thinks we need to immediately do something about “fake news?”

"It is now clear that so-called fake news can have real-world consequences. This is not about politics or partisanship. Lives are at risk — lives of ordinary people just trying to go about their days and do their jobs, contribute to their communities. It is a danger that must be addressed and addressed quickly....It is imperative that leaders in both the private and public sector step up to protect our democracy and innocent lives."

Who would have ever realized that the woman who lied about landing under sniper fire in Bosnia, receiving classified emails on her private server and about a million other things cared so much about honesty?

Of course, in reality, what’s happening is that liberals believe social media contributed to Hillary’s loss in 2016; so there’s a big push to shut down conservative voices on Twitter and Facebook. The excuse they’re using to do that is “fake news.”

It would be easy to wave that all off as pure partisanship, but there is some “there there.” There are straight up fake news websites that specialize in turning out untrue stories for fun and profit. For example, here are some fake news websites run by a liberal who wants to embarrass conservatives.  Few people other than their ad agencies would care very much if websites like this were bounced off Facebook and Twitter.

It gets much more complicated from there because there are a number of websites that scramble for breaking news, do good reporting, but also churn out crazy stories in the, “How Hillary Is Teaming Up With George Soros To Give Trump Cancer” vein on a semi-regular basis. Then there are other websites that are okay with running sketchy stories if they believe they’ll get traffic out of it.  In fact, there are enough websites in those two latter categories that I have provided a list of them to our team at Right Wing News with instructions to never use them as a source on an article.

Of course, liberals being liberals, they lump pretty much every conservative website that gives them a case of the “sads” into the “fake news” category. Breitbart? Fake News. Right Wing News? Fake news. Redstate? Fake news. What they really want is to use “fake news” as an excuse to encourage social media platforms to censor conservatives.

Yet, for every piece of “false news” there are probably five pieces of news put out by left-wing sources that either don’t feel compelled to tell the truth about conservatives, have become largely indistinguishable from Democratic Party press releases or that have fallen so in love with a narrative that they don’t care whether a story is true or not as long as it fits.

There are so many small examples that could be listed that they could fill a book, but why not go big?

1) Newsweek’s Flushing The Koran Story: “The shakily-sourced May 9 Newsweek report that interrogators had desecrated a Koran at Guantanamo Bay is likely to do more damage to the U.S. than the Abu Ghraib prison scandals.

Since the story was published, there has been outrage and mayhem in much of the Muslim world. Demonstrations erupted in Pakistan after Imran Khan, a former cricket player and now opposition political figure, read sections from the article at a press conference. Riots broke out throughout Afghanistan, mobs attacked government and aid-organization offices, and 15 people have died so far. Anti-American demonstrations have taken place from North Africa to Indonesia.

Meanwhile, in the face of Pentagon denials, Newsweek has begun backtracking. Newsweek seemed to have had doubts about the report from the beginning, since it ran it not as a straight news story but as a squiblet in the “Periscope” section. Now, in the May 23 issue, editor Mark Whitaker admits that its sourcing was suspect and stated, “We regret that we got any part of our story wrong and extend our sympathies to victims of the violence and to the U.S. soldiers caught in its midst.”

Even if Newsweek publishes a full retraction, the damage is done. Much of the Muslim world will regard it merely as a cover-up and feel reconfirmed in the view that America is at war with Islam. It will undercut the U.S., including in Afghanistan and Iraq, far more than Abu Ghraib did. “We can understand torturing prisoners, no matter how repulsive,” Newsweek quotes one Pakistani saying, “but insulting the Qur’an is like torturing all Muslims.”

2) Rathergate: “CBS had an unreliable, mentally unstable man with a grudge against George Bush giving them copies of documents that he claimed were received from a person no one has been able to prove exists. Moreover, the documents, which were supposed to have been created on a typewriter in the early seventies, were written in the exact same font as Microsoft Word, which is on half the computers in America.

In other words, Dan Rather and CBS wanted to help John Kerry win the election so badly that they got scammed by a tall tale that wouldn’t have fooled the average pimply faced high school journalist...”

3) NBC And CNN Lying About The George Zimmerman Tape: “We mentioned the other day how during a Today Show segment NBC had edited the 911 phone call of George Zimmerman, the man who shot and killed Trayvon Martin. The edited version made him sound like a racial profiler.

Here's the transcript of the audio NBC played:

Zimmerman: This guy looks like he’s up to no good. He looks black.

Zimmerman: This guy looks like he’s up to no good. Or he’s on drugs or something. It’s raining and he’s just walking around, looking about.

Dispatcher: OK, and this guy — is he black, white or Hispanic?

“NBC isn’t the only network slinking away from overcooking the case against George Zimmerman’s alleged racism. On the March 21 edition of Anderson Cooper 360, a CNN audio expert enhanced Zimmerman's 9-1-1 call and suggested he had used a racial slur, 'f--ing coon,' as he was following Trayvon Martin. Reporter Gary Tuchman asserted: 'It certainly sounds like that word to me.'

...Two weeks later on the same show on April 4, CNN re-assessed the tape with another CNN expert, and now felt it suggests George Zimmerman was just chilly, muttering the words ‘f--ing cold’ under his breath. Tuchman explained: ‘The reason some say that would be relevant is because it was unseasonably cold in Florida that night and raining.’ Oopsy.

...Oddly, on other CNN programs, they’re declaring the word could be ‘punks’ instead of ‘cold.’ With this kind of analysis, if Zimmerman were charged, it would be tough to talk a jury into reading Zimmerman’s mind. CNN can’t seem to do it.”

Following a tip, GM hired detectives, searched 22 junkyards for 18 hours, and found evidence to debunk almost every aspect of the crash sequence. Last week, in a devastating press conference, GM showed that the conflagration was rigged, its causes misattributed, its severity overstated and other facts distorted. Two crucial errors: NBC said the truck's gas tank had ruptured, yet an X ray showed it hadn't; NBC consultants set off explosive miniature rockets beneath the truck split seconds before the crash -- yet no one told the viewers.

There was plenty of sarcastic speculation about what happened between Monday afternoon, when NBC was defiantly dismissing GM's charges, and Tuesday morning, when it drafted an abject apology largely on GM's terms. NBC News president Michael Gartner says he simply realized that he had goofed by speaking first and asking questions later: ''The more I learned, the worse it got. Ultimately I was troubled by almost every aspect of the crash. I knew we had to apologize….

But most journalists and, for that matter, most news consumers seemed to agree with former NBC News president Reuven Frank, who said, ''This is the worst black eye NBC News has suffered in my experience, which goes back to 1950.'' How could NBC go so far wrong? One veteran correspondent was not surprised. ''The whole atmosphere'' has been so competitive and overeager, he said, that the network was ''an accident waiting to happen. “

5) The Jayson Blair Scandal At The New York Times: “The New York Times is to be commended for ferreting out Jayson Blair, the reporter recently discovered making up facts, plagiarizing other news organizations and lying about nonexistent trips and interviews. A newspaper that employs Maureen Dowd can't have had an easy time settling on Blair as the scapegoat. Blair's record of inaccuracies, lies and distortions made him a candidate for either immediate dismissal or his own regular column on the op-ed page.

....’The Times offered him a slot in an internship program that was then being used in large part to help the paper diversify its newsroom.’

....The Times not only expressly took race into account, but also put Blair's race above everything – accuracy, credibility and the paper's reputation. It hired a kid barely out of college. In fact, it turns out he was not yet out of college. He had no professional journalistic experience, except at the Times. He screwed up over and over again and the paper had to print 50 corrections to articles he'd written.

Despite all this, Blair was repeatedly published on the front page, promoted and sent love notes from the editor in chief, Howell Raines. Ignoring the warnings of a few intrepid whistleblowers, top management kept assigning Blair to bigger stories in new departments without alerting the editors to Blair's history because – as Raines said – it would ‘stigmatize’ him.”

6) The Rolling Stone Rape Story: “Rolling Stone crossed the line in its now-retracted story about sexual assault on the campus of the University of Virginia. Now, it will have to pay.

A jury on Friday found that the magazine had committed defamation against a former UVA associate dean, who had been portrayed negatively in the article ‘A Rape on Campus.’ Wenner Media, the owner of Rolling Stone, as well as the author of the story were also found liable.

The jury also said that the author, Sabrina Rubin Erdely, committed actual malice — an important decision that means the author either reported something knowing it was false or recklessly disregarded whether something was true or false.

...The article, published in November 2014, instantly drew widespread attention for its graphic depiction of a sexual assault committed by numerous people against a woman at a fraternity party. The article went on to allege that university administrators, the associate dean in particular, had not responded to the situation. The story was lauded as a realistic portrayal of a problem that has only recently become visible a college campuses across the country.

The admiration was short lived. Other journalists began to investigate some parts of the story and found inconsistencies. Rolling Stone eventually corrected and then entirely retracted the article.”

7) Hands Up, Don’t Shoot: "Milwaukee Sheriff David Clarke criticized liberal hysterics about fake news on Tuesday, pointing out that liberal journalists ought to take a good look in the mirror over their reporting on the 2014 death of Michael Brown in Ferguson, Missouri .

The outspoken critic of Black Lives Matter argued on Twitter that ‘Fake news’ was born in August 2014 in Ferguson MO. when MSNBC, the New York Times and the Washington Post ‘all propagated the Hands up, Don’t shoot lie.'

Liberal journalists and activists spread far and wide the myth that Michael Brown had his hands up before being gunned down by police officer Darren Wilson. That claim was the origin of the Black Lives Matter movement and eventually lead to violent rioting in Ferguson

The facts of the case showed the ‘Hands up don’t shoot’ claim to be false and that Wilson was justified in shooting Brown."