The Top 7 Ways Liberals Are Making War on Women

John Hawkins
|
Posted: Apr 09, 2016 12:01 AM
Share   Tweet
The opinions expressed by columnists are their own and do not necessarily represent the views of Townhall.com. 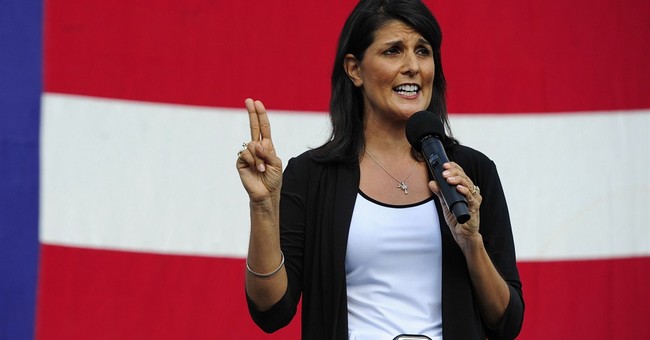 One of the weirdest accusations that liberals have made in the last few years is that there’s a conservative “war on women.” So apparently, women like Condi Rice, Laura Ingraham, Michelle Malkin, Dana Loesch, S.E. Cupp and Nikki Haley are making war on themselves. Who knew?

If anybody is “waging a war on women,” it’s liberals. Of course, in the midst of their war on capitalism, Christianity, the military and the Constitution, it’s understandable that people may not have noticed how hateful liberals have become towards women who don’t share their views, but it’s not hard to see if you’re looking.

1) Disarming women: Unless you happen to be Ronda Rousey or some other female mixed martial arts fighter, a woman is not going to be able to stand up to a man in a fight. The average criminal man can rape, beat or slowly squeeze the life out of the average woman at will in a hand-to-hand fight. On the other hand, no matter how strong the man is, he’s not as dangerous as a trained woman with a gun. That’s why the best friend robbers, rapists and violent thugs have are liberals who want to forcibly disarm law abiding women.

2) Infanticide: More than 25 million female babies have been killed via abortion. That’s more human beings than the Nazis killed during the Holocaust. Liberals have become so cynical about the mounds of human bodies their polices leave in their wake that they almost universally supported Planned Parenthood even after we found out that organization was literally selling the parts of the children they ripped to pieces.

3) They denigrate stay-at-home moms: As a general rule, conservative are fine with a woman staying home and taking care of the kids or having a career. On the other hand, liberals look down on women who choose to stay home and raise their children. They have the same attitude as liberal congressman Kyrsten Sinema who has said,: “These women who act like staying at home, leeching off their husbands or boyfriends, and just cashing the checks is some sort of feminism because they’re choosing to live that life. That’s bull****. I mean, what the f*** are we really talking about here?”

4) They’re pressuring the military to add women to the draft: It’s bad enough that our young men have to sign up for the draft in case there’s a national emergency, but why do liberals want to send 18 year old girls into a potentially violent situation overseas? To prove some kind of dumb point about equality or to spread that false that women are just as good at the sort of violent confrontations that go along with war as men have turned out to be?

5) Liberals are okay with even the vilest behavior towards non-liberal women: If you’re a liberal politician like Bill Clinton or a Hollywood director like Roman Polanski, liberals will even excuse a rape on your behalf. Ted Kennedy was loved by liberals even though he left a woman to drown to death and didn’t bother to get help until she was gone. Just in the last few days, rapper Azealia Banks called for Sarah Palin to be gang raped by black men. The price she’ll pay for that amongst liberals is zero because they are perfectly fine with the most disgusting, loathsome, violent and misogynistic threats being aimed at women they don’t like.

6) Their economic policies are horrible for women: As Stephen Moore has noted, Obama’s liberal policies have been disastrous for women.

During Mr. Obama’s six and a half years in office women have suffered steeper declines in take home pay than men have. Women have also experienced sharper declines in employment and a faster rise in poverty. The financial squeeze has been especially severe for single women.

...On Mr. Obama’s watch, 2 million more women have slipped into poverty. Wait a minute. This is supposed to be an economic recovery. The poverty rate among women is now 16.1 percent — the highest level in 20 years

Of course, the liberal solution to their economic policies that have been so bad for women are even more liberal policies. Try the free market and less government for a change. It helps everybody including, women.

7) They want to force women to share their bathrooms with men: Who in their right mind thinks an 8 year old girl should be using the bathroom next to a grown man who “feels like a woman?” How do you say you care about women when you want to force them to undress next to some guy wearing a sundress? It’s ridiculous and it’s potentially dangerous because it gives perverts and sexual predators a free pass to use the women’s bathroom.