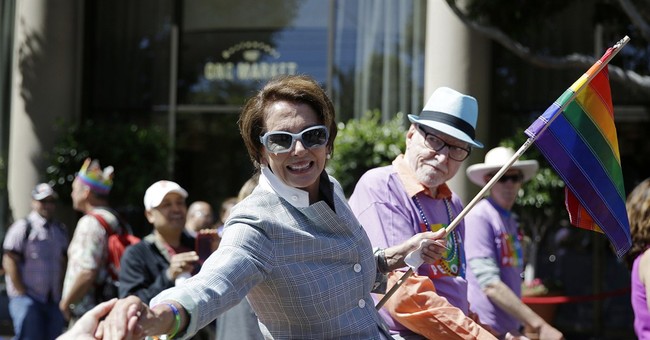 1) No matter what they fail at, it's always someone else's fault. George Bush did it, the Republicans are mean, the dog ate Obama's homework. It's not his fault that he's flunking every class!

2) They don't read history, they think their parents are stupid, and they don't need to know anything other than how they feel to make a decision. So despite the fact that everyone tells them that tying a towel around their neck will not allow them to jump off the roof like Superman, they're going to do it anyway.

3) THE BAD MAN WON'T CHANGE THE NAME OF THE REDSKINS EVEN THOUGH I DON'T LIKE IT! HE'S SO MEAN! WAAAAHHHHHHHHHHHH!

5) They demand to be treated like adults, but the moment they get an adult responsibility -- like being President -- they quit doing it the right way five minutes in because it's "boring" and wander off to find something more "fun" to do (like golfing or campaigning).

6) Yes, they would jump off that Obamacare cliff if their friend Barack did it, too!

7) They have no concept of how money works -- at least when it comes to government. Either get them the Playstation 4 AND the Xbox One AND the ten games they want or you're a BIG MEANIE who HATES THEM and they're going to THROW A TANTRUM in the middle of the store until they get what they want.

8) Like a little brat who's obsessed with a cartoon character (everything in my room must be Pokémon!), whatever they're not interested in is treated as stupid, worthless, and boring. They don't care about Christianity, patriotism, or guns; so anybody who likes or values those things must be "dumb."

9) Everything is a zero sum game to them. If Janie has the ball, then Sally can't have the ball. If America is successful, we must be doing it by taking things that belong in other nations. If you’re white, you must be better off because you hurt people who aren’t white. If you’re rich, then you must be making someone else poor.

10) They think they deserve a Nobel Peace Prize just for showing up and blessing everyone with their presence, regardless of how badly they perform.

11) When they don't like something, they throw a tantrum and demand that other people change their behavior to work around their attitude problem.

12) Their universe is made up of “nice” people who agree with them on everything, protected classes of "pets" who are too stupid to get along without them, and mean old poopyheads who don't cater to their every whim. That's about as nuanced as their worldview gets.

13) They really do believe the world -- more specifically, the taxpayers -- owe them a living whether they feel like working for it or not.

15) They torment, bully, and provoke other people at every opportunity until someone hits them back, at which point they start crying and demanding sympathy.