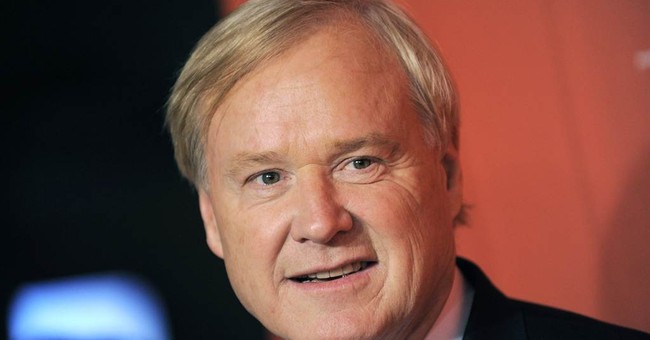 Bizarrely, racism in America is no longer mainly about race. Sure, race is involved in a peripheral manner, but racism has mainly become an excuse, a dodge, a way to escape responsibility.

Racism does still exist and always will, but once the Democrat Party joined the GOP in being opposed to racist policies, appealing to racism became a dead dog political loser in this country. The very fact that we've become so hypersensitive about it as a country is evidence of how far it has been pushed to the fringes.

Keep in mind that we live in a nation with a black President and a black Attorney General. Furthermore, the government is legally allowed to discriminate against white Americans based on the color of their skin and it happily does so; yet you can't go a day in this country without hearing liberals howling about what a racist country they live in. It has almost become a circular, faith-based argument. America is racist because so many liberals say it's racist because they've heard other liberals say the country is racist.

Well, if our country is so racist, why is it that the Left has to reach so far to find examples of racism? People didn’t have to do any reaching to find examples of racism in the fifties and sixties, did they? So, if racism is such an all powerful force in America today, how is it that liberals have gotten so desperate to see race in every issue that they've had to latch on to pitiful issues like these to support their claims?

1) Criticizing the IRS: "Republicans are using [the IRS scandal] as their latest weapon in the war against the black man. ‘IRS’ is the new 'N****r.'" -- Martin Bashir

3) Wanting to own a gun to prevent break-ins: "I am loathe to bring up what is in our head because we don’t like to talk about it so much. But on this particular day, on Martin Luther King Day, I think this needs to be said. That imaginary person that’s going to break into your home and kill you, who does that person look like? You know, it’s not freckle-faced Jimmy down the street, is it really? I mean, that’s not what really, that’s not what really people, we never really want to talk about the racial or the class part of this, in terms of how it’s the poor or it’s people of color that we imagine that we’re afraid of. Why are we afraid? What is that, and it’s been a fear that has existed for a very, very long time." -- Michael Moore

4) Mentioning the "Constitution" or "respect for the Founding Fathers:" "The language of GOP racial politics is heavy on euphemisms that allow the speaker to deny any responsibility for the racial content of his message,” Williams wrote. “References to a lack of respect for the ‘Founding Fathers’ and the ‘Constitution’ also make certain ears perk up by demonizing anyone supposedly threatening core ‘old-fashioned American values.’" -- Juan Williams

5) Calling Obama "angry:" "That really bothered me. You notice (Romney) said anger twice. He’s really trying to use racial coding and access some really deep stereotypes about the angry black man. This is part of the playbook against Obama, the ‘otherization,’ he’s not like us. I know it’s a heavy thing, I don’t say it lightly, but this is ‘n*ggerization.’" -- Touré

6) Saying that Barack Obama lies: "Surrounded by middle-aged white guys — a sepia snapshot of the days when such pols ran Washington like their own men’s club — Joe Wilson yelled “You lie!” at a president who didn’t. But, fair or not, what I heard was an unspoken word in the air: You lie, boy!" -- Maureen Dowd

7) Noting that Obama is privileged: "Spotlighting his elite education is tantamount to racial bigotry because it insinuates that 'he took the place of someone else through affirmative action, that someone else being someone white.'" -- Jonathan Capehart

8) Saying that unions boss Obama around: "The Republican Party is saying that the President of the United States has bosses, that the union bosses this President around, the unions boss him around. Does that sound to you like they are trying to consciously or subconsciously deliver the racist message that, of course, of course a black man can’t be the real boss?" -- Lawrence O’Donnell

9) Supporting voter ID: “If you go back to the year 2000, when we had an obvious disaster and – and saw that our voting process needed refinement, and we did that in the America Votes Act and made sure that we could iron out those kinks, now you have the Republicans, who want to literally drag us all the way back to Jim Crow laws and literally – and very transparently – block access to the polls to voters who are more likely to vote Democratic candidates than Republican candidates. And it’s nothing short of that blatant.” -- Debbie Wasserman Schultz

10) Saying "I want my country back:" "Do you remember tea baggers? It was just so much easier when we could just call them racists. I just don’t know why we can’t call them racists, or functionally retarded adults. The functionally retarded adults, the racists – with their cries of, ‘I want my country back. You know what they’re really saying is, ‘I want my white guy back.’ They apparently had no problem at all for the last eight years of habeas corpus being suspended, the Constitution being [expletive] on, illegal surveillance, lied to on a war or two, two stolen elections – yes, the John Kerry one was stolen too. That’s not tin-foil hat time. ” -- Janeane Garofalo

11) Being fans of Herman Cain: "One of the things about Herman Cain is, I think that he makes that white Republican base of the party feel okay, feel like they are not racist because they can like this guy. I think he(he’s) giving that base a free pass. And I think they like him because they think he’s a black man who knows his place. I know that’s harsh, but that’s how it sure seems to me." -- Karen Finney

12) Fighting for the 2nd Amendment: "I believe the NRA is the new KKK. And that the arming of so many black youths, uh, and loading up our community with drugs, and then just having an open shooting gallery, is the work of people who obviously don’t have our best interests [at heart]." -- Jason Whitlock

13) Republicans trying to keep Obama from being reelected: "Look at, look, the Tea Partiers, who are controlling the Republican Party….Their stated policy, publicly stated, is to do whatever it takes to see to it that Obama only serves one term. What’s, what does that, what underlines that? ‘Screw the country. We’re going to (do) whatever we (can) do to get this black man, we can, we’re going to do whatever we can to get this black man outta here.’… It is a racist thing." -- Morgan Freeman

14) Disliking the fact that Obama is President: "They can’t stand the idea that he’s president, and a piece of it is racism. Not that somebody in one racial group doesn’t like somebody in another racial group, so what? It’s the sense that the white race must rule, that’s what racism is, and they can’t stand the idea that a man who’s not white is president. That is real, that sense of racial superiority and rule is in the hearts of some people in this country." -- Chris Matthews

15) Disliking Barack Obama: "I think an overwhelming portion of the intensely demonstrated animosity toward President Barack Obama is based on the fact that he is a black man, that he’s African-American." -- Jimmy Carter