The 20 Greatest Quotes From Walter Williams 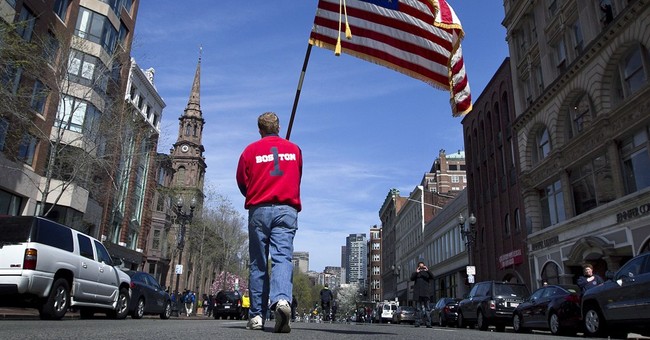 Walter Williams is a veteran, a professor of economics at George Mason University, a syndicated columnist, a fill-in host for Rush Limbaugh and an author of eight books. Williams has one of the finest minds in America as you're about to see as you read these quotations.

20) How many times have we heard “free tuition,” “free health care,” and free you-name-it? If a particular good or service is truly free, we can have as much of it as we want without the sacrifice of other goods or services. Take a “free” library; is it really free? The answer is no. Had the library not been built, that $50 million could have purchased something else. That something else sacrificed is the cost of the library. While users of the library might pay a zero price, zero price and free are not one and the same. So when politicians talk about providing something free, ask them to identify the beneficent Santa Claus or tooth fairy.

19) During the first Reagan administration, I participated in a number of press conferences on either a book or article I’d written or as a panelist in a discussion of White House public policy. On occasion, when the question-and-answer session began, I’d tell the press, “You can treat me like a white person. Ask hard, penetrating questions.” The remark often brought uncomfortable laughter, but I was dead serious. If there is one general characteristic of white liberals, it’s their condescending and demeaning attitude toward blacks.

18) Legality alone is no guide for a moral people. There are many things in this world that have been, or are, legal but clearly immoral. Slavery was legal. Did that make it moral? South Africa’s apartheid, Nazi persecution of Jews, and Stalinist and Maoist purges were all legal, but did that make them moral?

17) Households earning $250,000 and above account for 25 percent, or $1.97 trillion, of the nearly $8 trillion of total household income. If Congress imposed a 100 percent tax, taking all earnings above $250,000 per year, it would bring in about $1.9 trillion. That would keep Washington running for 190 days, but there’s a problem because there are 175 more days left in the year.

The profits of the Fortune 500 richest companies come to $400 billion. That would keep the government running for another 40 days, to mid-July.

America has 400 billionaires with a combined net worth of $1.3 trillion. If Congress fleeced them of their assets, stocks, bonds, yachts, airplanes, mansions and jewelry, it would get us to at least late fall.

The fact of the matter is there are not enough rich people to come anywhere close to satisfying Congress’ voracious spending appetite.

16) I don’t blame only politicians. For the most part, they’re only the instruments of a people who have growing contempt for our Constitution. You say, “Hold it, Williams. Now you’ve gone too far!” Check it out. How many votes do you think a James Madison-type senatorial candidate would get if his campaign theme was something like this: “Elect me to office. I will protect and defend the U.S. Constitution. Because there’s no constitutional authority for Congress spending on the objects of benevolence, don’t expect for me to vote for prescription drugs for the elderly, handouts to farmers and food stamps for the poor. Instead, I’ll fight these and other unconstitutional congressional expenditures.” I’ll tell you how many votes he’ll get: It will be Williams’ vote, and that’s it.

15) Three-fifths to two-thirds of the federal budget consists of taking property from one American and giving it to another. Were a private person to do the same thing, we'd call it theft. When government does it, we euphemistically call it income redistribution, but that's exactly what thieves do -- redistribute income.

14) If we look to benefits only, we'll do darn near anything because there's always a benefit. The National Highway Traffic Safety Administration reported that there were 43,443 highway fatalities in 2005. If we had a maximum speed law of 15 mph, the death toll wouldn't be nearly as high, probably not even as high as 500. You say, "Williams, that's a crazy idea!" You're right, but let's not call it crazy; it's more accurate to say: saving some 43,000 lives aren't worth the cost and inconvenience of a 15 mph speed limit.

12) A more insidious effect of minimum wages, as racists everywhere know, is that it lowers discrimination costs. Say a white and a black were equally productive and an employer prefers white workers to black workers. Since he has to pay $9 an hour no matter whom he hires, the cost of discriminating against the black worker is zero. But if it were legal for the black worker to offer a lower price, there’d be a cost to discrimination.

10) The human experience should have taught us that just getting rid of a particular dictatorship is only half the struggle. We must always ask what’s going to replace it.

9) You say, "Williams, you're just old-fashioned and out of touch with modern society." Maybe so, but I think that a society's first line of defense is not the law but customs, traditions and moral values. These behavioral norms -- transmitted by example, word of mouth, religious teachings, rules of etiquette and manners -- represent a body of wisdom distilled over the ages through experience and trial and error. They include important legal thou-shalt-nots -- such as shalt not murder, steal, lie or cheat -- but they also include all those civilities one might call ladylike or gentlemanly behavior. Police officers and courts can never replace these social restraints on personal conduct. At best, laws, police and the criminal justice system are a society's last desperate line of defense.

7) Maybe your college professor taught that the legacy of colonialism explains Third World poverty. That’s nonsense as well. Canada was a colony. So were Australia, New Zealand and Hong Kong. In fact, the richest country in the world, the United States, was once a colony. By contrast, Ethiopia, Liberia, Tibet, Sikkim, Nepal and Bhutan were never colonies, but they are home to the world’s poorest people.

6) People who denounce the free market and voluntary exchange, and are for control and coercion, believe they have more intelligence and superior wisdom to the masses. What's more, they believe they've been ordained to forcibly impose that wisdom on the rest of us. Of course, they have what they consider good reasons for doing so, but every tyrant that has ever existed has had what he believed were good reasons for restricting the liberty of others.

5) In general, presidents and congressmen have very limited power to do good for the economy and awesome power to do bad. The best good thing that politicians can do for the economy is to stop doing bad. In part, this can be achieved through reducing taxes and economic regulation, and staying out of our lives.

3) What's just has been debated for centuries, but let me offer you my definition of social justice: I keep what I earn and you keep what you earn. Do you disagree? Well, then, tell me how much of what I earn belongs to you - and why?

2) Suppose I hire you to repair my computer. The job is worth $200 to me and doing the job is worth $200 to you. The transaction will occur because we have a meeting of the mind. Now suppose there’s the imposition of a 30 percent income tax on you. That means you won’t receive $200 but instead $140. You might say the heck with working for me — spending the day with your family is worth more than $140. You might then offer that you’ll do the job if I pay you $285. That way your after-tax earnings will be $200 — what the job was worth to you. There’s a problem. The repair job was worth $200 to me, not $285. So it’s my turn to say the heck with it. This simple example demonstrates that one effect of taxes is that of eliminating transactions, and hence jobs.

1) Here’s Williams’ roadmap out of poverty: Complete high school; get a job, any kind of a job; get married before having children; and be a law-abiding citizen. Among both black and white Americans so described, the poverty rate is in the single digits.