Seven Things That Would Be Different If McCain Had Beaten Obama 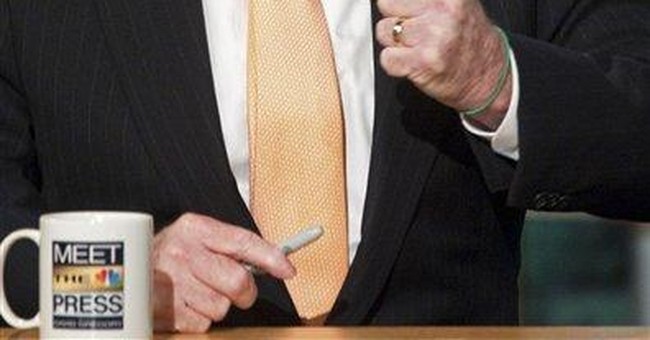 Back in 2008 conservatives were in a tough spot: we had a candidate that many of us believe is representative of much of what is wrong with the Republican Party -- running against an ultra-left-winger who told America we could trust him, in part, because Joe @$&*^%$ Biden was going to be around to be a voice of reason.

While a few conservatives couldn't bring themselves to pull the lever for McCain, most of us, in the end, gritted our teeth and decided to vote for Sarah and "the other guy." Ironically, the moderates in the party, like Colin Powell and David Brooks, seemed even more reluctant than conservatives to vote for a politician whose style of politics they championed.

In the end, the less-than-enthusiastic support for McCain from the Right wasn't able to make up for a Republican brand that had been dragged through the mud, a Republican president with a 25 percent approval rating, weak debate performances and McCain's completely inept handling of a major financial crisis that proved to be the last nail in the coffin for his decrepit campaign.

However, given the radical changes Barack Obama has been making since he was elected, you have to wonder how things would be different if John McCain had actually managed to make it to the White House. Of course, all we can do is speculate, but you'd have to think that it would have been a mixed bag, at best.

1) Sonya Sotomayor wouldn't be headed to the Supreme Court: Of course, there are no guarantees that David Souter would have retired had McCain won, but given that he announced his retirement so soon after Obama was elected, you have to think he was ready to call it quits.

So, had McCain gotten to pick Souter's replacement, the big question becomes: would McCain have picked a solid originalist judge? Different people can reasonably come to different conclusions about which way McCain would have gone and whether the Democrats would have seriously considered letting a judge who'd vote against Roe v. Wade make it through. Still, however you slice it, you'd have to think that whomever McCain picked would have been a much better choice than Sonya Sotomayor.

2) A smaller, but still expensive stimulus bill: Given that McCain campaigned relentlessly on his fiscal conservative credentials, you might think he'd have opposed a stimulus. Not so. He proposed his own stimulus bill in the Senate that admittedly, was much heavier on tax cuts, but still had a hefty $421 billion price tag. Combine that with McCain's support of TARP and it's clear that deficits would have spiraled out of control no matter who took the White House.

3) General Motors and Chrysler wouldn't be government owned: McCain advocated bankruptcy for Chrysler and GM. He also took a dim view of the government buy-in to the company and Obama's meddling to help the unions. While McCain would have likely succumbed to the pressure to help both companies in some form, it's doubtful that the taxpayers would have been on the hook for tens of billions, become part owners in both companies, and that the unions would have ended up as majority stakeholders in Chrysler had McCain been President.

4) Cap and Trade would be more likely to pass: The Cap and Trade bill that passed the House is, at least for the moment, not making any headway in the Senate. Although it's possible it will eventually pass, the odds are against it. The same couldn't have been said had John McCain been President.

Although McCain has criticized Obama's Cap and Trade plan, he had his own plan during the campaign and it seems likely that he could have worked with the Democrats to craft a bill that he found acceptable. Furthermore, President John McCain could have undoubtedly persuaded at least a dozen Republicans in the Senate to vote for the legislation. That means Cap and Trade would have been much more likely to pass under McCain than Obama.

5) Say "hello" to amnesty: The Democrats are understandably terrified of pushing amnesty during a recession with Obama's approval numbers already plummeting. That's why an amnesty bill probably won't be seriously considered until 2011 at the earliest.

Unfortunately, it seems unlikely that John McCain shares the Democrats' fear despite the fact that his soft-on-illegal-immigration stance aggravated conservatives and led to his collecting, by some accounts, only 1% more of the Hispanic vote than Republicans collected back in 2006. In an environment where McCain couldn't get any legislation passed without plenty of Democratic support, amnesty AKA Comprehensive Immigration Reform would have been on the agenda and would have had a decent shot of passing, if only so that McCain could say that he "did something."

McCain did have some good ideas about improving health care, but they would have gone nowhere in a Democratic Congress and he would have vetoed a socialized medicine bill. That means that "McCainCare" would have probably never been on the agenda.

7) You'd be talking Republicans down off of ledges today: After the last four years of Bush, having another Republican President who paid little attention to the grassroots would have been incredibly demoralizing. Moreover, if the President were moderate, the Republicans in Congress, who have improved their performance considerably since Obama came into office, would be tacking to the middle, instead of the Right, in order to support the President. That's part of what killed the Republican brand under Bush and the problem would have certainly continued under McCain. So, instead of seeing increasing energy on the Right, tea parties, and conservatives starting to get fired up, the Right would probably be descending into complete despair as we would seem to keep winning elections, but continuing to lose on issues we care about in Congress.

Obviously, those wouldn't be the only changes. If McCain were President, this country would be supporting democracy in Honduras today, instead of opposing it. Gitmo would still be closing, but it wouldn't be on an unreachable timetable. McCain's administration also wouldn't be threatening to engage politically motivated prosecutions of their predecessors, accusing cops of racial profiling without knowing the facts, or hiring tax cheats to run the Treasury Department. Of course, Sarah Palin also wouldn't be the governor of Alaska and...oh, wait, maybe that's not the best example.

Long story short, it wouldn't be all bad and without question, McCain would certainly have been an improvement over the guy in the White House today, who seems to believe being president mainly consists of giving campaign speeches, catering to dictators, and playing golf. Still, when you take a hard look at it, it's remarkable how much of a mixed bag a McCain presidency would have been for conservatives. Perhaps that's at the core of the Republican Party's problem: even when Republicans win, their supporters still end up losing on so many of the issues they care deeply about.