John C. Goodman
|
Posted: May 19, 2018 12:01 AM
Share   Tweet
The opinions expressed by columnists are their own and do not necessarily represent the views of Townhall.com. 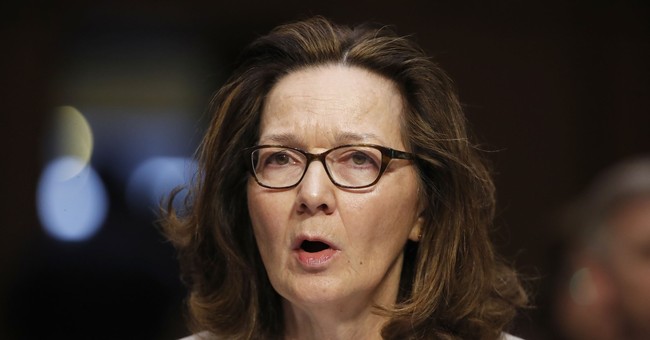 Is torture always morally wrong? Is it sometimes justified?

These are questions swirling around the nomination of Gina Haspel to head the CIA. Critics (mainly Senate Democrats) claim that torture is always wrong, even though some of those senators were aware of waterboarding and other “enhanced interrogation” for years and never once complained about it. In her defense, Karl Rove told Fox News viewers that whatever we do is legitimate if it’s for the defense of the United States.

As I explain below, both sides are wrong. But first things first.

Zero Dark Thirty. This is Hollywood’s version of Haspel’s backstory. She apparently supervised the harsh interrogation of al-Qaeda captives, gaining information that eventually led to the location of Osama bin Laden’s compound in Pakistan. She then supervised a raid on the compound in which U.S. special ops forces assassinated (a word which I don’t choose lightly) bin Laden and several of his colleagues. In what follows I am going to assume that the movie basically got it right.

Morality in the fight against terror. There is probably no country in the world that hasn’t tortured people. But ours is the only country that admits it. We not only admit it, we publish official government investigations of it, hold public hearings on it and make movies about it.

Having done all that, we could do the world a favor. Why not use this as a teaching opportunity? Given a world awash in ethical relativism, why not use bin Laden as a case study to explore what is and is not ethically permissible behavior?

Lifeboat ethics. Believe it or not, there are certain circumstances when ethics simply do not apply. Imagine you and one other person are in the middle of the ocean with a lifeboat built for one. What should you do?

According to (my admittedly lay interpretation of) Emanuel Kant’s universalizability principle, ethical behavior requires that you act on a principle that can be applied to everybody else – not just you. Let’s say that you selfishly push the other person aside and grab the lifeboat to save yourself. If the other person acts on the same principle, he will push you aside. So, you both can’t successfully act on the same principle.

On the other hand, suppose you behave altruistically and sacrifice yourself for the other person’s benefit. If he acts on the same principle, he will sacrifice himself for you. And you both drown.

Bottom line: there is no universalizable ethics that can solve the lifeboat problem. Ethics don’t seem to apply.

Now if all the world were one big lifeboat, we would be living in a Hobbesian jungle. Each of us would be pitted against the other. One person’s gain would always be another person’s loss. Life, in the words of Hobbes, would be “nasty, brutish and short.”

Extensions of lifeboat ethics. The idea of trading one life for another has fascinated ethical philosophers and psychologists alike. In one thought experiment, a runaway trolley is barreling down the track, about to kill five people. However, you can save the five by pulling a switch – diverting the trolley to a different track where only one person will be killed. Should you pull the switch? Why? Or why not?

Psychologists have experimented with a version of this dilemma by giving college students the opportunity to spare a group of mice from electric shocks by diverting the entire electric jolt to a single mouse.

In all of these cases, normal ethical rules don’t seem to apply.

The movie Dirty Harry provides an example more relevant for our purposes. Clint Eastwood tortures an unsympathetic villain to learn the location of an innocent girl who is about to suffocate in an underground tomb. Is it okay to torture someone to save a life?

Is torture worse than killing? It’s amazing how many people think it is. They include Barack Obama, the editorial board of the New York Times, Sen. John McCain and many Senate Democrats.

Let’s return to Osama bin Laden. The special ops forces killed him outright, along with several others in the compound that night. None of these people were armed. They weren’t in uniform. They weren’t resisting. If the movie is to be believed, they could easily have been captured. These really were assassinations. Yet the New York Times, which never hesitates to editorialize on the evils of torture, thought these assassinations deserved high praise. So did President Obama and the national Democratic Party – which used the raid as a reason to re-elect the president.

Of all the senators who are complaining about the use of torture to locate bin Laden, I don’t think a single one has objected to Haspel’s role in killing him.

To my knowledge, no one was tortured during the Obama presidency. But that was because no one was captured. That was because we killed them instead. Obama ordered more people killed outside of ordinary war (by drones), than all previous U.S .presidents combined. Again, none were in uniform, none were resisting and more than a few may have been innocent civilians killed by mistake.

Are women and children different? In the movie, our guys killed the men in the bin Laden compound, but they spared the women and children. I’m not sure this is normal. I’ve been told by someone who should know that our special ops forces normally don’t leave witnesses – regardless of age or sex.

Is this a distinction that should be part of the ethical boundary lines we want to draw? When the Titanic went down, everyone believed in chivalry. But these days, the whole idea of chivalry may be politically incorrect.

Are civilians different? Almost everything we call an act of “terrorism” is an assault on people we call “civilians.” As reprehensible as these acts appear, we have never come to grips with our own country’s similar behavior in the past. The allied firebombing of Dresden in World War II had no military purpose. Nor did the nuclear bombing of Hiroshima and Nagasaki. Millions of civilians were killed for no apparent reason other than to terrorize the enemy.

If these acts were wrong, if we never intend to do anything like that again, we need to say so.