Who Is On The Side of American Workers?

John C. Goodman
|
Posted: Jul 09, 2016 1:44 PM
Share   Tweet
The opinions expressed by columnists are their own and do not necessarily represent the views of Townhall.com. 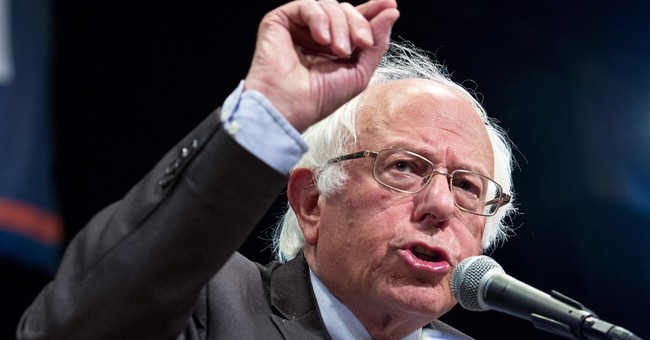 Is it Hillary Clinton? Bernie Sanders? Democrats in general? Or is it the supply side policies of the GOP?

Economists have been studying economic wellbeing and its determinants since the days of Adam Smith and we know quite a lot about it. So let’s jump to the bottom line. Aside from the rule of law and free markets, the most important determinant of the average wage is economic growth. And the most important ingredient in economic growth is capital accumulation. More capital, more growth.

If you place the origin of modern human beings at about 100,000 years ago, for almost all of the period since then our ancestors lived at the subsistence level. For 98,800 years, the average person lived on the modern equivalent of about $1 a day. If they were lucky, at a few times and in a few places they might have enjoyed the equivalent of $2 a day. And if they were really, really lucky they might have even achieved $3 a day. But that’s about it.

If you were a king or a queen, your life was a little bit better. But very few readers would want to trade places with even Caesar or Cleopatra. Compared to the average person today, the consumption opportunities of the royalty of old were dismal.

Think about going into a supermarket with one dollar and the awareness that whatever you can buy with that dollar is all you are going to get to eat for the whole day. On the average, that’s how your ancestors lived for almost 100,000 years.

Then, about 200 years ago – beginning in the West – things began to change. Economies started to grow and incomes began to rise. At first they grew slowly. Then faster. By the twentieth century, per capita real incomes—that is, incomes adjusted for inflation—were growing by 1.5 percent per year, on the average. Since 1960—for roughly fifty years now—they've been growing by about 2.3 percent.

Steven Landsburg explains what that growth rate means for the average person. “If you're a middle-class American earning $50,000 a year, and you expect your children, twenty-five years from now, to occupy that same modest rung on the economic ladder, then with a 2.3 percent growth rate, they'll be earning the inflation-adjusted equivalent of $89,000 per year. Their children, another twenty-five years down the line, will earn $158,000 a year. And if that 2.3 percent growth rate continues, then in fewer than four hundred years, your descendants will earn about $1 million per day— a little less than Bill Gates's current income, but at least in the ballpark.”

Note: These are not some future inflation-ravaged dollars we're talking about. They are the equivalent of a million of today's dollars. Your descendants are destined to be very, very wealthy unless something happens to stop all this good fortune.

And that, basically, is what left wing politics is all about.

Think about the last Bernie Sanders speech you listened to. What’s he saying? He wants to take money away from “the rich” or from “Wall Street” or from “big banks” or “big corporations” and spend it on … what? On health care, more Social Security, free tuition, maternity leave, sick leave, etc., etc.

In other words, Bernie Sanders wants to tax some people’s capital and use the money to increase other people’s consumption. But other peoples’ capital is what makes labor more productive. Without it, economic growth would come to a grinding halt.

Take, Warren Buffett – who I gather is the second richest person in the world, even though he apparently enjoys a very modest lifestyle. If we taxed 100 percent of his income away, we would not be harming Buffett. His lifestyle probably wouldn’t change one whit. But we would be removing funds from the capital market. The country would have less saving, less investment and lower wages in future years.

A lot of economists, both left and right, think we should not tax capital at all. For someone like Buffett they would tax only his consumption. In other words, tax him on what he takes out of the system for personal benefit, but don’t tax at all on what he leaves in the system – funds that are benefiting everyone else. Economists who lean left would probably make the consumption tax very progressive. But they would still let people accumulate capital tax free.

So there you have it. That is probably the way most economists think. But you would never know that reading the economic commentary in most newspapers – especially the columns of New York Times writer Paul Krugman.