Trump and Sanders: The Good, the Bad and the Ugly

John C. Goodman
|
Posted: May 14, 2016 12:01 AM
Share   Tweet
The opinions expressed by columnists are their own and do not necessarily represent the views of Townhall.com. 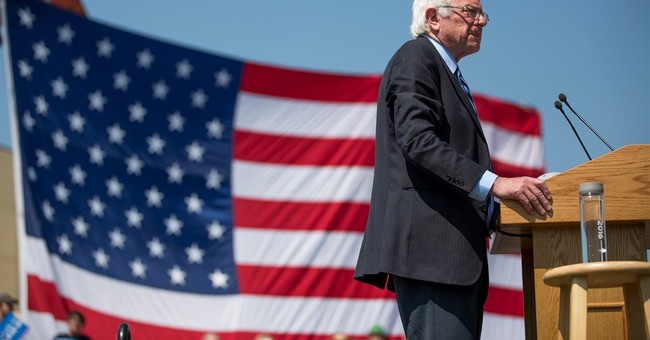 Have you ever stopped to think how different this election year has been because of Donald Trump and Bernie Sanders? They have both changed the public policy debate in ways that have made our political discourse different than it would have been.

Let’s start with four good things that have emerged because of the presence of these two candidates:

The Middle East. If these two had not run, none of the candidates would be talking about what a huge mistake the war in Iraq was. Perhaps the worst foreign policy decision in history. Establishment Republicans and a great many Democrats cannot seem to bring themselves to admit this. Other Republican candidates would have attacked the Clinton/Obama fiasco in Libya. But it’s very hard to argue that was a mistake without admitting the Iraq war was a mistake for the same reason (remove a tyrant, create chaos and leave the door open for ISIS). Donald Trump was the only Republican candidate and Bernie Sanders was the only Democratic candidate who could consistently and credibly attack what we have done and are doing in the Middle East.

Cold War Foreign Policy. Trump is the only candidate who recognized that our entire foreign policy strategy is based on a cold war model. We have 1,000 bases overseas, thousands of troops in South Korea, etc. All a waste of resources. Democrats and Republicans have been equally bad in being stuck in the thinking of the past. That’s why Trump is right to seek out non-conventional foreign policy advisors.

Hillary’s Crony Capitalism. Without Sanders and Trump, but mainly Sanders, no one would be going after Clinton on this. No reporters would be pounding on her for all the money she got for her speeches to Goldman Sachs and her refusal to tell us what she said to them. I doubt that reporters would bring up the subject at all. But even Sanders has largely ignored the Clinton Foundation and all the contributions it got from people with interests before the State Department (including laundered money from Canada). I think Trump will go after her hard on this. No other Republican would have done that (partly because they are all in bed with some of the same donors).

Hillary’s Hypocrisy on Women. I suspect that no other Republican candidate would have brought this up. Nor would any reporter. If Bill and Hillary were Republicans, the media would have been relentless about all the sex scandals and Hillary’s role in “bimbo control” and so would NOW and every women’s organization you can think of – and the Clintons would have had no future in politics. They get a pass from the media because they are Democrats. It really will take Donald Trump to make sure this issue is not ignored. According to Christopher Hitchens, Bill Clinton has raped at least three women. One has gone public and the other two have not – presumably because of their fear of the bimbo eruption brigade!

Now let’s turn to the bad:

Health Care. Give Sanders credit for raising the issue. No other candidate would have done so. After all the time, money and effort that went into ObamaCare, we still have 30 million people uninsured! His own solution to this problem is a fantasy, however. Medicare for all would not solve a single problem with ObamaCare and Sanders specific plan is underfunded by $1.1 trillion. Yet unfortunately he is drawing Hillary to the left on this very issue.  Republicans have a huge opportunity here. I’m trying to convince Donald Trump that we can insure everyone with money that’s already in the system and without all those mandates and regulations. I am not confident I will be successful.

Entitlements. This is the big disappointment of this year’s campaign. If you add up everything Bernie Sanders has proposed, the Tax Policy center says it would blow an $18 trillion hole in the federal budget over the next ten years. And here again, the longer Sanders pounds on Hillary the more she moves left – proposing a new entitlement idea almost every day.  Trump doesn’t want to change anything and as the lone Republican left in the race that’s too bad. George W.’s two biggest mistakes were the war in Iraq and the expansion of Medicare. The Medicare Part B program was the largest expansion of the welfare state since Lyndon Johnson. It costs about 2/3 of what ObamaCare cost and it was completely unnecessary – 85% of the elderly already had insurance for drugs.

Trade. Virtually all economists believe that freer trade has produced net benefits for the US economy and low-income families have benefited the most, because of lower prices for the goods they buy. But economists under-estimated the impact on communities where jobs were lost and underestimated how long-lasting that impact would be. These are the communities where Trump and Sanders draw their strongest support. It’s not bad that the issue of trade is being openly discussed. But TV commentators are doing a lousy job of explaining it and Hillary will be a disaster trying to defend free trade and why she flip flopped on TPP.

The last thing we need to do is set off a trade war.