Is Liberalism Keeping The Poor, Poor? 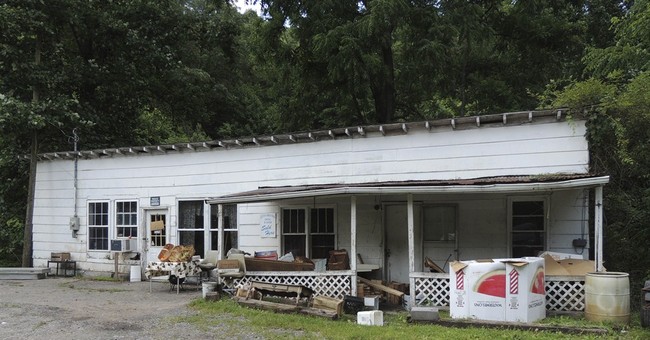 There is a new study out with the finding that urban sprawl contributes to inequality, making it more difficult for the poor to climb the income ladder.

Okay, let's accept that idea for a moment. Why is there urban sprawl? Isn't it directly tied to liberal policies that have prevailed over the past 40 years? Federal judges and the teachers unions combined to destroy the inner city schools. So middle class families who wanted a decent education for their children had no choice but to turn to private schools or retreat to the suburbs. Then, minimum wage laws, labor monopolies and the lure of welfare made the inner city increasingly unattractive to employers seeking a productive workforce.

As the tax base shrinks and taxpaying voters disappear, city government becomes completely captured by the public sector unions. They use their power to pad their own compensation at the expense of deteriorating city services and to wrest promises of post-retirement benefits that can only be paid by an (unlikely) influx of new taxpayers. Thus starts a downward political death spiral that can only end in bankruptcy.

So what's the obvious public policy conclusion? Don't adopt policies that chase the middle class and the job creator community away. Or at least that would be obvious unless you write for The New York Times. Here is Paul Krugman, who does a decent job of describing the study's conclusions:

Atlanta looks just like Detroit gone bust: both are places where the American dream seems to be dying, where the children of the poor have great difficulty climbing the economic ladder. In fact, upward social mobility — the extent to which children manage to achieve a higher socioeconomic status than their parents — is even lower in Atlanta than it is in Detroit…

And in Atlanta poor and rich neighborhoods are far apart because, basically, everything is far apart; Atlanta is the Sultan of Sprawl, even more spread out than other major Sun Belt cities…As a result, disadvantaged workers often find themselves stranded; there may be jobs available somewhere, but they literally can't get there.

As it turns out, the sprawl theory of perpetual poverty may be completely wrong. Randal O'Toole says it won't hold water and notes that only a few years ago Krugman blamed the housing bubble on anti-sprawl policies.

Even so, what are the solutions? All Krugman has to offer is:

Cars? What about the teachers unions? Not a word. What about the lack of school choice? Nada. Minimum wage laws, labor union monopoles, and other restrictions on the right to work? Not a peep. A culture of welfare dependency that erodes the willingness to work? Zero. City governments doing what private companies are no longer allowed to do: promising post-retirement benefits without funding them? Zilch.

What about the fact that the policies routinely advocated on the editorial pages of the Times are far more harmful to social mobility than the automobile could ever be? Not a word about that either.

What's true of cities is also true of states. People and capital move where they are welcome. As Travis Brown and I wrote the other day in the Dallas Morning News:

Texas is the nation's No. 1 job creator. Since the official end of the recession in 2009, Texas has been responsible for almost one out of every two jobs created in the entire country.

This is not a new phenomenon. For decades, Texas has been creating jobs faster than other states. Between 2001 and 2011, while many other states were hemorrhaging jobs, Texas increased private-sector employment by 732,800…

Why has Texas been so successful at job creation? We're a very labor-friendly state — meaning that government doesn't very often get between job creators and job seekers. The Mercatus Center at George Mason University ranks Texas No. 1 in labor market freedom.

I don't know what it is about the left, but they can't see the connection between the policies they advocate and the harmful results they decry.

Take President Obama. He is now talking about the economy. But the way he talks about it is as though (after 4 ½ year in office) he bears no personal responsibility for anything that's happened. As Charles Krauthammer pointed out the other night, Obama talks about the economy "as if he has been a bystander," as someone who "just arrived on a boat." "It's his economy and he's pretending he just stumbled on it."

Hmmm. Maybe we should send them all back to school for a course in mainstream economics.