When Will Atlas Shrug? 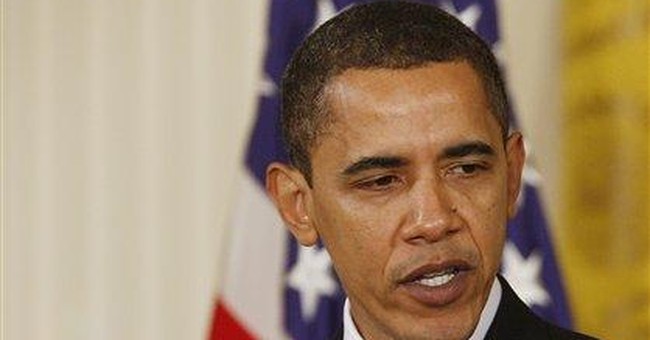 What is the breaking point? Where will the resistance form? Heavy questions, but unavoidable in the current political climate. The productive members of society can only be pushed so far, some say.

What they envision is not defiance of law or a reversal of the election. It is people’s growing disengagement from a new economic order that punishes effort and rewards envy – the creepy future that Barack Obama and the Democrats intend for us. Columnist Michelle Malkin calls that withdrawal, “going Galt.”

Malkin was the first speaker when several hundred Coloradans gathered for a free-market leadership conference in Colorado Springs on March 6-7. Her reference was to John Galt, the individualist hero of Ayn Rand’s novel, “Atlas Shrugged.” She told of seeing a placard at the Denver protest rally for Obama’s stimulus bill signing that warned: “Atlas will shrug.”

So what, you ask. So in human behavior, incentives matter. People are choosers, not automatons. Mess them over enough and they’re out of here. All history proves it. “We pretend to work and they pretend to pay us,” the bitter joke among Soviet factory drones, sums up collectivism’s ultimate failure wherever tried.

Of course in the 1950s, when Rand was writing her epic about a slow-spreading spontaneous strike among Americans fed up with big government, tomorrow supposedly belonged to New Soviet Man. Reagan, Thatcher, and John Paul II, the three champions of freedom who would prove otherwise, weren’t yet heard of.

But we’re now told that 2008, with its routine recession and its celebrity election, showed freedom is untrustworthy after all. Economic makeover via legislative intervention is the fashion fad of 2009, driven by Obama and congresssional Democrats under Pelosi and Reid. Suddenly everyone’s a socialist, crows Newsweek. Suddenly the headlines mirror “Atlas Shrugged,” laments the Wall Street Journal.

The novel -- with John Galt as capitalist superman and Dagny Taggart, Ayn Rand’s alter ego, as railroad tycoon – may not be great literature. But its message of radical self-reliance has inspired millions across the decades. And as a Coloradan, I like it that the story is set right here. “We can’t lose Colorado. It’s our last hope,” says a Taggart employee at the start. A Rocky Mountain valley is the retreat from which Galt triumphs at the end.

Retreat attendees in Colorado Springs, where Yaron Brook of the Ayn Rand Institute spoke after Malkin and “Atlas Shrugged” was assigned reading, weren’t about to unplug Galt-style from daily life in protest against wind power, national health care, and charity-choking taxes. But they took seriously the disincentive effects against wealth creation and social comity in these and other collectivist proposals. We should too.

As ever more people ride in the wagon and fewer are left to pull it, there will come a breaking point. Crowding taxation onto the highest earners and debt onto our kids, as President Obama proposes, invites collapse. Ignoring the constitution at will, as statists and the spending lobby do, breeds contempt. Ruin must result. Did the USA learn nothing from the USSR’s implosion, wondered Vladimir Putin recently.

Yes, we did. Cold War victory taught us the power of ideas. The East crumbled when the West asserted the superiority of liberty, wakened by thinkers like Hayek with his expose’ of the road to serfdom and Bastiat with his ridicule of “everyone seeking to live at the expense of everyone else.”

Also influential was Rand with her capitalist commandos. Galt and Taggart’s crusade was idea-powered. With moral truth they defeated the lies of something for nothing and freedom through coercion. Not even the government office of Morale Conditioner, censoring radio, could stop their entrepreneurial comeback.

Their strike against the redistributionist guilt trip was fiction. But we can shrug it off for real. The Tea Party movement is a symptom. Colorado may again play a role.

A Group Of Parents Sent Their Kids' Face Masks to A Lab for Analysis. Here's What They Found
Townhall
Patriarchal, sexist Victoria's Secret replacing the Angels with soccer star Megan Rapinoe and the rest of the 'VS Collective'
Twitchy
Joe Manchin Phone Call Leaks and It Has Massive Implications
Redstate
LOSING IT: Read Lori Lightfoot’s DERANGED Emails to Staff
PJ Media