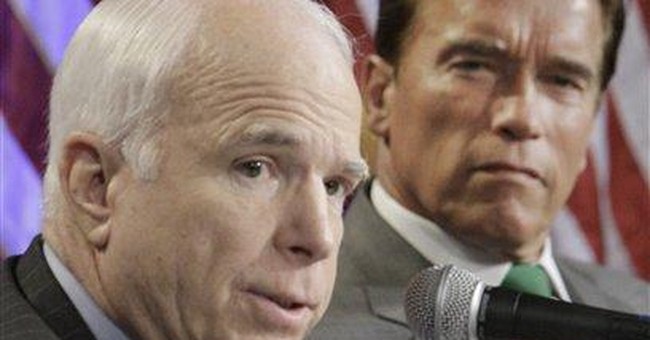 Will America become like Europe? Should it? Could it? Has it already?

Although our June trip to Italy, England, and Germany was pure vacation, reflections about similarities and differences across the Atlantic accompanied it like a Beethoven score. Lufthansa’s direct service puts Denver practically next door to places like Frankfurt and Rome. Yet the contrasts are striking and, for this American, vitally worth preserving.

The Old World is just that, old. Coloradans pride themselves on a State Capitol from the century before last. Our nephew in Bristol showed us a cathedral from the millennium before last. He’s a scholar studying the “relatively recent” Latin writings of St. Hildegard, 900 years ago. The Pantheon in Rome was built before Christ was born. Europe’s air is thick with the weight of the past.

With this comes a richness that we in the New World can marvel at, but also a weariness we should beware of. Our mother country and grandmother continent were already tired when pilgrims left for America to start afresh, four centuries ago. The divergence of outlook, expansive over here and constricted over there, has only increased since then. Back to that future is not where we should be headed politically.

Many Democrats don’t see it that way, of course. According to the transnational progressives who want the US and its neighbors to emulate the EU, borderless globalism is anything but burnt out. It’s the next big thing. What’s not to like?

Granted, hopping countries without the hassle of currency exchange or customs is nice. And your heart goes out to the relieved peoples of a continent long wracked by wars, now at last amicably unified under a single umbrella, 27 nations and counting. But when you look past the European Union as a structure and appraise Europe today as a civilization, the picture is less bright.

You learn the friendly locals are having fewer and fewer children. You find their magnificent churches crowded with tourists but empty of worshippers. Secularism officially prevails as Christianity wanes and Islam flourishes. Sluggish economies, heavy taxes, burdensome bureaucracies, and weak defenses are the norm. Books like “Death of the West” by Patrick Buchanan and “America Alone” by Mark Steyn give the details. Beneath the outward bustle and creature comforts, there is no sense of lively hope.

Yet the presidential candidate of hope and change is wildly popular there. Newspapers during our trip headlined a poll showing Obama preferred over McCain by 52-15 in Britain, France, Germany, Italy, and Russia.

Charisma is part of it, no doubt. My hunch, though, is that the Democrat’s collectivist, internationalist, government-centered message sounds more likeminded to Europeans than the patriotic individualism of his Republican rival. They sense US-EU convergence if Obama wins, and I fear they’re right.

Fear seldom clouds my sunny disposition, but I tremble at the decision our country faces in this election. Europeans have settled. They’ve got daily life in a tidy package cushioned with quasi-socialism and quasi-pacifism at the price of diminished freedom and responsibility, and never mind the eternal truths. Is that what Americans want?

Let’s hope not. America was born of a grander vision. If we settle too, how tragic. A torn and tired world needs the sword of our vigilance and the flame of our idealism. “Duty Free” is fine in airport stores, but lethal in the life of nations. The November outcome will hinge on how we see our duty.