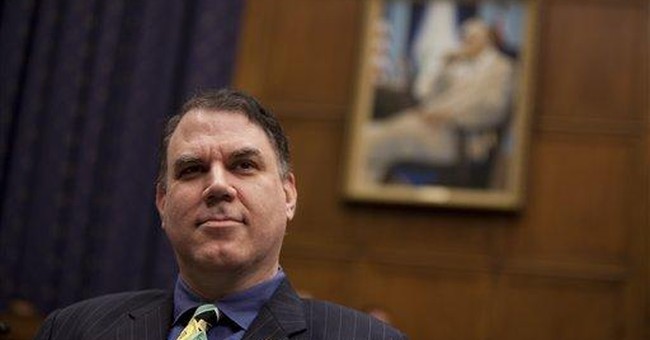 Grayson has used his Congressional office as a platform for extremist demagoguery, insulting his own constituents when they tried to organize against him and actually characterizing Republicans as murderers. He has remained totally unresponsive to his constituents by sneaking up on them in town hall meetings. He has gotten away with it by self-funding his campaigns from his $31 million net worth, which he made by prosecuting American contractors serving in the Iraq war.

The biggest question is why Grayson got elected in the first place, and why it seems that he actually has a chance to get re-elected this coming November. The answer to the first question is easy: he was first elected as a freshman Congressman two years ago because his constituents didn’t know his true colors, and enjoyed the fruits of the Obama electoral wave of 2008. The Republican that ran against him in 2008 was underfunded and suffered from a massive Democratic voter registration advantage.

Perhaps the answer to why Grayson still has a chance to get re-elected is that Grayson is still planning to use his massive war chest to steam roll his eventual Republican opponent. It’s also that his extremism attracts a dedicated wingnut Democrat following – consisting of many supporters outside the district – who prop him up, and as a result inspires too many Republicans to take him on. In other words, the opposition to Grayson is so massive and sprawling it’s hard to organize – and Grayson might get to enjoy the spoils.

That situation is clearly illustrated by the half dozen competitive opponents in the GOP primary, which doesn’t take place until August 24. The late primary date means there will be a brutally long internal Republican battle all summer for Grayson to mount attacks on each possible candidate. And when that candidate is decided upon, it’s not going to be pretty. Here’s how blogger Mike Thomas at the local Orlando Sentinal put it in July of 2009.

“I'd take on Hannibal Lecter at dinner before I'd take [Grayson] on in a political race,” wrote Thomas. “I can see him peeling Crotty's thin skin off ever so slowly, and then enjoying his liver with fava beans and a nice Chianti.”

Jordan Rayor, a Republican political consultant in the Sunshine State, breaks it down a little more clearly.

“As controversial as Alan Grayson is, his controversy works in his favor,” says Raynor. “He’s a phenomenal fundraiser. He’s raising a ton of money. I kind of wish the GOP had done a better job of raising more money at the height of his controversy about the health care bill.”

That’s when Grayson said that the Republican’s health care plan was to make people “die quickly,” a claim he actually repeated on national television. His defense of that statement was to call the lack of health care a “holocaust in America,” a statement which eventually led him to apologize to the Anti-Defamation League. But Grayson wasn’t done there. He then created a website, www.namesofthedead.com, to memorialize all dead Americans who, under his vision of America, were dead because there wasn’t socialized medicine.

“Alan Grayson has proven himself to be an embarrassment and a harassment to the citizens and is clearly out of touch with them,” said Kurt Kelly, one of the many contenders in the GOP primary. Kelly said that in Grayson had repeatedly cast votes against the wishes of his constituents. “Grayson's support of issues such as Union Card Check, passage of the nationalization of the health care industry and the government takeover of the automobile industry are just a sampling of the issues that go against Central Florida's voters' values.”

It’s true that the 8th district is center-right, but it’s also quite finicky, consisting of the main Orlando metro area in addition to miles of suburbs and rural Florida farmland. That’s a hard district to get a handle on, and one way to do it is the way Grayson has so far – by ignoring everyone and simply focusing on polarization.

Another problem is since this is a mid-term election, there might not be as much voter participation, said Bruce O'Donoghue, another GOP primary candidate.

“I don’t know if people here know its an election year,” said O'Donoghue. “There is a Senate race that people are more concerned with, Rubio and Crist. That might die down in the summer. But you have a Governor’s race with Rock Scott who has jumped in under Bill McCollum on the Republican side. I don’t think anyone’s going to give focus [on the Congressional races] until July. And then real focus in August.”

After that August primary, the national GOP is expected to simply dump trucks of cash into Central Florida, because of Grayson’s perceived vulnerability. Right now, his internal polling puts him strongly ahead of any Republican competitor – but that doesn’t say much given that the primary is so divided, and that the poll came from Grayson’s camp. There is simply too much liability for this political shark, and too much change in the air for this mid-term election season, for Republicans not to take notice.

“He’s not there to solve problems,” said Todd Long, another GOP primary candidate in the 8th district. “He’s an arrogant socialist who wants us to be a government dependent welfare state. …The money is going to start to even up a lot after the primary ends.”

The GOP Is Expecting Payback Post-2022
Townhall
Aaron Rupar's attempt to make Gov. Youngkin look stupid by taking him OUT of context does NOT go well
Twitchy
Woman's Disturbing Reaction to Man Calling Her out for Wrongdoing Shows an Infantilization of Society
Redstate
Rest in Pee: Miscreant Caught Urinating Every Morning on Grave of Ex-Wife He Abandoned Decades Ago
PJ Media