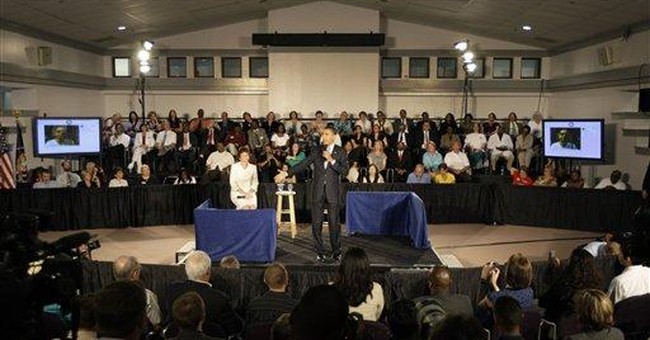 Republican Members of the House Ways and Means Committee will have only three days to read a health care reform bill that is being penned by Democratic staffers behind closed doors before a vote will be called. The bill will then be shuttled off to the House Rules Committee and sent to the floor for a full House vote.

"It has been a study in frustration watching this legislation being crafted on the House side," said Texas Rep. Michael Burgess, M.D., at a town hall-style meeting held Tuesday by the Medical Society of the District of Columbia. The seven participants at the event were both congressional Representatives and doctors. The town hall was broadcast to a questioning audience online and on CSPAN.

Burgess predicted that Republicans on the Senate side will be given a bill in the "middle of the night" and Senators will "have 45 minutes to vote on it" — an apparent reference to the vote called by House Democrats on the 309 pages of amendments added to the cap-and-trade bill at 3 a.m. the previous night.

The lawmakers brought up numerous other objections to the health legislation that is expected to cost more than the Pentagon's budget and create an unprecedented health care bureaucracy. House Democrats are scrambling to finish writing the bill by a self-imposed deadline of August 3 but have been locked in negotiations with health care lobbying groups.

Rep. Tim Murphy (Penn.) complained that a public option will follow in the footsteps of other government-run health care plans, which "will pay diabetic patient's legs to get cut off but will not pay endocrinologist to make a couple of calls a month" for preventative care.

Rep. Tom Price (Ga.) tied Murphy's concerns in to the President's recent reference to liability reform. If government mandates treatment guidelines, as is expected, doctors could avoid costly malpractice suits by following those guidelines to the letter. But that would put patients at risk.

If these guidelines "are the only defensible actions in court of law" then doctors could be "coerced into giving the wrong kind of care," said Murphy.

Another subject of the forum was the issue of the commonly-cited "47 million uninsured Americans" figure. Rep. Phil Gingrey (Ga.) said the actual number of uninsured Americans was closer to ten million. That's because fourteen million Americans are already eligible for an existing government health program but simply don't take advantage of it, another ten million are illegal immigrants, and 18 million make over 50,000 a year but simply choose not to buy health insurance.

"We really need to be careful with statistics," he said.

Many Members at the event, held at the George Washington University Hospital, attacked Obama's claim that Americans would get to keep their health insurance plan if they wanted.

Gingrey said that the design of the bill will cause more and more people "picking the public option, because that public option will not only be a competitor and playing in the game, but they will also be a referee," giving the government an unfair competitive advantage over private plans, and putting them out of business.

Murphy predicted that the House wouldn't pass the legislation by the Democrats' August 3 goal, but would instead pass it in October. He called the health care forum the only "in America that’s bringing health care providers and Members of Congress that brings people together and says, 'what do we want to do?'"