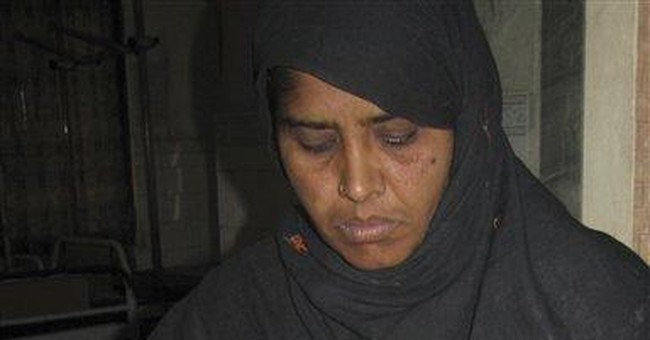 Julie Edgington was pregnant for six weeks before she realized that she just wasn’t comfortable taking Paxil while she was expecting.

“But by then it was too late,” she said.

Edgington said that her son Manny, now 5, had developed a heart defect – almost fatal – that was the direct result of her taking Paxil, part of a class of drugs called SSRI inhibitors. Since he was born, Manny has undergone 6 surgeries, and will have heart problems for the rest of his life.

Edgington is now part of a campaign against a bill recently passed by the House but stalled in the Senate called the Melanie Blocker Stokes Act, or Mothers Act, which calls for increased visibility and treatment of postpartum mental conditions. She says the bill will encourage mothers like her to start on psychiatric medications without being aware of the potentially deadly consequences.

“There is a lot of connection between Paxil, or SSRIs, and heart defects,” she said. “There’s no wording in the bill that says the pills they may give out might cause birth defects.”

The Mothers Act has fanned the flames of the anti-psychiatry movement, particularly as it applies to the administration of psychiatric medications before, during and after pregnancy. Those against the legislation, like Edgington, consist of a legion of doctors and activist mothers, who are opposed by at least an equal number of doctors and activists who say Mothers Act addresses a critical women’s health issue.

“[The bill] is a very simple thing – it’s about funding more research and services so we can do a better job of caring for these women,” said Catherine Stone, a mother who supports the legislation. “The whole idea that this bill advocates a specific treatment or funds a specific treatment – its just not there.”

Stone suffered from postpartum obsessive compulsive disorder after the birth of her son and was prescribed an anti-depressant that she said provided immeasurable support.

“We need to make sure all women have access to the right care,” said Stone.

The Mothers Act specifically calls for the Secretary of Health and Human Services to “provide education and services with respect to the diagnosis and management of postpartum conditions” and designates 3 million dollars in the federal budget to achieve those goals. Specifically, grants would be handed out to entities that carry out “projects for the establishment, operation, and coordination of effective and cost-efficient systems for the delivery of essential services to individuals with a postpartum condition and their families.”

Critics say these grants represent a free pass for drug companies to launch campaigns that will get mothers hooked on psychiatric medications, leading to a windfall in profits. They also say that the awareness component amounts to nothing more than a free advocacy campaign for the drug lobby.

“The groups that will be getting grants through this programs don’t warn mothers they way they need to. They don’t talk about the risk with the drugs, and downplay every kind of risk that exists,” said Amy Philo, who was hospitalized after giving birth to her first child – which she says was the result of her being prescribed Zoloft. “They try to pretend like they’re not pushing drugs when they really are.”

Sen. Robert Menendez (D-N.J.), a cosponsor of the Mothers Act, says the bill’s origins are benign. When he first introduced the bill, he highlighted its emphasis on education and early treatment in an area that’s currently underfunded.

But Sen. Tom Coburn (R-Okla.), a doctor, opposes the bill and says that he will try and block it if there is a move to pass it out of the Committee on Health, Education, Labor and Pensions, of which he is a member. Coburn objects because it’s disease-specific and because different government agencies are already working on these issues.

“Any time Congress does something there’s unintended consequences, that’s why its important to let scientists drive the research instead of politicians,” said a spokesman for the Senator.

More Republicans than Democrats are lining up against the Act, which Stone thinks is a tragedy.

“I realize it may seem odd for someone who is a Republican to personally endorse a bill that would involve the government in a medical issue,” said Stone. “But we can’t get funders outside of the government to pay attention, so perhaps the Melanie Blocker Stokes Act could jump start that and then the market will follow.”