The Faith of George Washington

Jerry Newcombe
|
Posted: Feb 24, 2022 12:01 AM
Share   Tweet
The opinions expressed by columnists are their own and do not necessarily represent the views of Townhall.com. 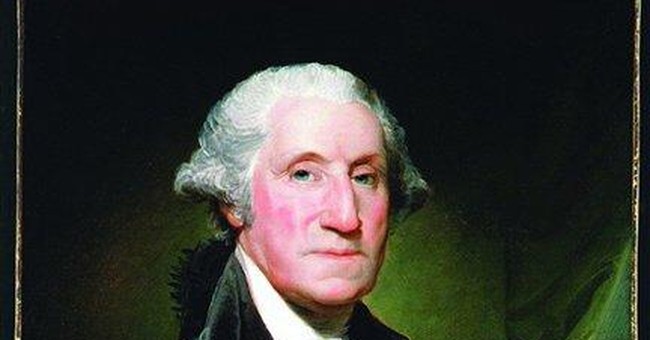 We live in an era where the heroes of yesteryear are often vilified. It’s hard to believe that George Washington, “the father of our country,” fits in that category.

Barbarians in the streets have even gone after statues of George Washington to topple them.

I have recently made a film on George Washington’s life, legacy, and his faith. The film is simply called, “George Washington,” which I made for Providence Forum, founded by Dr. Peter Lillback.

This film is one episode of a seven-part Foundation of American Liberty series. What is the foundation of our liberty? Our Judeo Christian heritage.

Lillback and I wrote a book many years ago about the faith of our first president,George Washington’s Sacred Fire.Thanks to Glenn Beck promoting it on radio and TV it became a bestseller.

Why does Washington’s faith matter?

In our documentary, Dr. Peter Lillback says, “When we look at George Washington, we’re clearly looking at the great icon of our country, the United States. A man who has given his name to our capital city, he was called the father of this country in his own lifetime. He has been called by historians the indispensable man. They looked to Washington as a general, as a government thinker, as the first president. He is extraordinarily important for America. So, whatever his faith was then becomes important for us.”

The take-home message of the documentary and the book on which it is based is simple. Contrary to the opinions of many today, even scholars, Washington was a committed 18th century Anglican Christian---and all that that entails. Many claim he was a Deist---someone who believed in a distant god who wound up the universe and went away. Such a god never answered prayer.

But eyewitnesses gave many reports of seeing our nation’s first Commander-in-Chief spend much time in prayer.

He was also a man who read the Bible a great deal, as well as the 1662 Book of Common Prayer of the Anglican Church.

Peter Lillback also said, “We know that he called Jesus the Divine Author of our blessed religion, and he said, We can’t be a happy nation unless we follow His example; we need to imitate Him.” This is a paraphrase of Washington’s “Circular to the States” of June 1783.

George Washington’s favorite Bible verse came from Micah 4:4 in the Old Testament: “But they shall sit every man under his vine and under his fig tree; and none shall make them afraid: for the mouth of the Lord of hosts hath spoken it.” He viewed this as a metaphor for the new nation. Here in America you would not be persecuted for your supposedly heterodox religious or political views.

One of the great aspects of George Washington was the way he pushed away power. He used the power he got to serve the country, not himself or his family.

David Gibbs III, the founder and director of the National Center for Life and Liberty, is another guest in the documentary. He noted, “[Washington] limited his terms. He could have easily been in for life. They wanted to call him king, sort of a royal family. And the understanding was, ‘No, we’re going to have peaceful elections.”

Throughout history---and even in our own day in many banana republics---there is a great deal of bloodshed in the transition from one political ruler to the next. But George Washington would not let that happen in America. As a servant-leader, he oversaw a peaceful transition to the next leader.

This film on our first president is dedicated to the memory of Dr. Walter Williams (1936-2020), whom I had the privilege to interview in 2019 on the campus of George Mason University, where he taught for years, a few months before he died.

Dr. Williams told us, “I think that George Washington probably was the most decent American that we have ever had. He was a very successful general, and he was just a decent person.  And after the war, they wanted to make him king, and he said, ‘No, we did not fight a war for to have a monarchy.’”

There are common objections to the thesis of George Washington the Christian. What about the fact that he was a member of the Masons? What about the slavery issue? What about his reported abstention from communion? There are answers to each one of these, for those willing to take the time to study them.

I close with the words of George Washington himself, from May 12, 1779, when a delegation of Delaware Indian Chiefs came to see him and ask him how their young men could learn from the ways of the Americans. He replied, “You do well to wish to learn our arts and ways of life, and above all, the religion of Jesus Christ.”

Jerry Newcombe, D.Min., is the executive director of the Providence Forum, an outreach of D. James Kennedy Ministries, where Jerry also serves as senior producer and an on-air host. He has written/co-written 33 books, including George Washington’s Sacred Fire (with Providence Forum founder Peter Lillback, Ph.D.) and What If Jesus Had Never Been Born? (with D. James Kennedy, Ph.D.).www.djkm.org    @newcombejerry     www.jerrynewcombe.com