Have “We the People” Stopped Being “Our Own Rulers”? 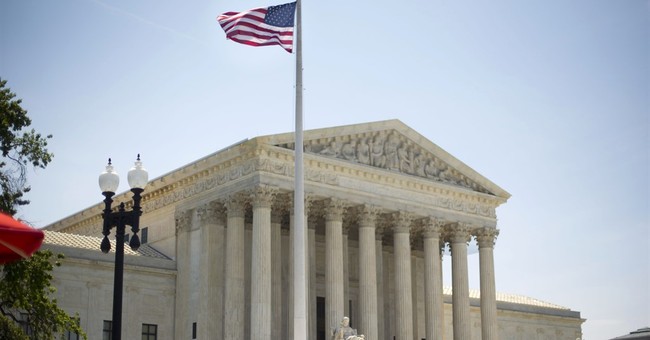 Once the Supreme Court has ruled, that’s it. Case closed. Right? Not necessarily.

Last week (10/8/15) a group of scholars issued a “Statement Calling For Constitutional Resistance To Obergefell V. Hodges” in reference to the Supreme Court’s same-sex marriage decision.

The statement begins: “We are scholars and informed citizens deeply concerned by the edict of the Supreme Court of the United States in Obergefell v. Hodges wherein the Court decreed, by the narrowest of margins, that every state in the country must redefine marriage to include same-sex relationships.”

The statement says, “If Obergefell is accepted as binding law, the consequences will be grave.” Here is my summary of those grave consequences:

*Denigration of the time-honored building block of society, and the best means for bearing and rearing children

*Dissent against same-sex marriage will be punished

*It opens Pandora’s Box on what constitutes a marriage

*The decision undermines “we the people.”

Consider what Justice Alito said about the second point above in his dissent of Obergefell---that dissent will be punished: “I assume that those who cling to old beliefs will be able to whisper their thoughts in the recesses of their homes, but if they repeat those views in public, they will risk being labeled as bigots and treated as such by governments, employers, and schools.”

By my count the statement is currently signed by 64 scholars, affiliated with such schools as Princeton, Notre Dame, Vanderbilt, Boston College, Villanova, University of Oxford, LSU Law Center, Pepperdine, and Regent School of Law.

Dr. Robert George of Princeton is the leading the charge. New York Times Magazine once called Dr. George “this country’s most influential conservative Christian thinker.” I’ve had the privilege of interviewing Dr. George a few times through the years.

George went on to say, “Everything else ultimately depends on it. It’s the family that produces what every other institution in society needs, but cannot produce itself. Every institution needs basically decent, hardworking, conscientious, honest people who will treat each other with respect, who will show up for work on time, who won’t be drunk or on drugs, who will pay taxes, who will carry the burdens of caring for those who cannot care for themselves.”

And he added, “If [the legal system] really had to rely on the threat of punishment to get anybody ever to do anything that was honorable and right, well, it wouldn’t work. The political system needs such people, but….they will be produced by one institution and one institution only, and that’s the family.”

But now the high court has undermined the legal and traditional definition of marriage, and thus, the family. And they have done so on highly questionable grounds. The statement cites several examples challenging the validity of the ruling from the four dissenting justices in the Obergefell case.

Did the founders of our country intend for us to be governed by judicial fiat? Not at all. See Federalist #81 by Alexander Hamilton for example. It says the courts are to be the weakest of the three branches of government.

The statement draws heavily on the example of President Lincoln. It cites portions of his First Inaugural Address, where he spoke eloquently against judicial tyranny.

Lincoln eschewed the idea that “we the people” should be ruled by “we the judges.” I’m sure he had the Dred Scott decision of 1857 in mind. In effect, that awful decision held that, “once a slave, always a slave.”

Lincoln disagreed with the premise underlying Dred Scott---that the Supreme Court has the Constitutional authority to sovereignly determine the meaning of the Constitution, which amounts to the power to just make up law.

He said: “if the policy of the Government upon vital questions affecting the whole people is to be irrevocably fixed by decisions of the Supreme Court…the people will have ceased to be their own rulers.” In other words, he didn’t buy the premise upon which judicial activism was built. Nor should we, say these scholars. Hear. Hear.