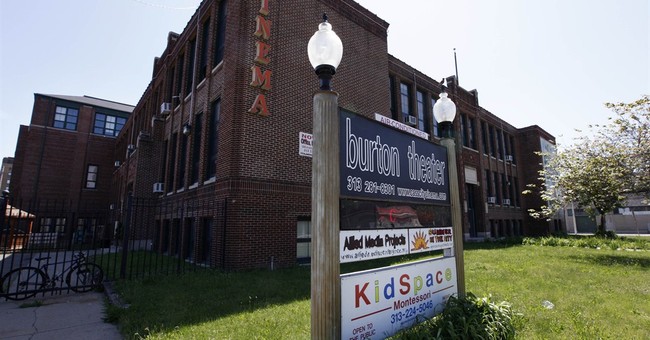 Do you remember the last time you saw a movie and, when it was over, you thought, "That was great, except there wasn't enough swearing?"

You don't? Neither do I.

There may yet be more profanity on broadcast television. For now, the FCC, which regulates broadcasting, is listening to “we the people” on the subject of what will be on television. There’s a deadline to voice our opinions by: June 19.

Hollie McKay wrote about this in her Fox News article, “FCC proposed to allow more sex and profanity during kids’ television viewing hours.”

We have become accustomed to so much profanity that many of us don’t even notice it. But there is a link between manners and morals and how civilized we are. Some might think, "What’s the big deal about swearing?" But you certainly wouldn’t try it in a job interview (not with success).

It’s an interesting fact that one of the Ten Commandments deals with the issue of profanity. “Thou shalt not take the name of the Lord thy God in vain. I will not hold him guiltless who takes my name in vain.” Of course, not all profanity is taking God’s name in vain.

Taking God’s name in vain, e.g., in profanity, is to make His name of no value. It is to lie about who He is and how great He is---the One on whom our every breath depends.

We are awash in profanity today. And it’s not just offensive. It reveals a limited vocabulary.

Even the recent, otherwise-decent, movie about Lincoln by Steven Spielberg showed the beloved president swearing. But was that historically accurate?

According to The Hollywood Reporter (Dec. 5, 2012), “Biographer Doris Kearns Goodwin reviewed the script and tells THR she ‘never had a problem with the language,’ but another historian who consulted on the movie says it's ‘completely unlikely’ for the 16th president.”

The historian is James McPherson, a Lincoln biographer. He said, “The profanity actually bothered me, especially Lincoln’s use of it…It struck me as completely unlikely---a modern injection into Lincoln’s rhetoric.”

Many great works of art are often spoiled or marred by the use of profanity. It adds nothing to the movie, but it certainly takes away from it.

I enjoyed Argo,the movie of the year. It was a fascinating, spell-binding movie, but it was needlessly marred by incessant profanity. It added nothing. It certainly detracted.

Hollywood claims to care about box office success above all else, yet they continue to drive away perhaps millions of potential customers through needless swearing.

During the Golden Age of Hollywood, when the church had greater influence in the content of the movies, actors and actresses had to communicate their emotions through good acting. They couldn’t resort to cheap laughs or cheap dialogue by swearing.

At the end of The Maltese Falcon, the Peter Lorre character blows up and lays into the Sidney Greenstreet character. It is as if he blasts him away in a string of profanities. But it’s all done through Lorre’s acting: “You imbecile! You bloated idiot! You stupid fathead!”

Millions of Americans avoid the movies today. Why? I think, in part, because they don’t want to be insulted by profanity, sex, and violence.

When Mel Gibson made The Passion of the Christ, he managed to attract millions of movie-goers who hadn’t gone to a movie theater in years (in some cases, decades). Obviously, that work was extraordinarily violent, but there was a reason for it.

When George Washington became Commander-in-Chief of the Continental Army in 1775, one of his first orders included a ban on profanity.

He said (speaking of himself in the third person): “The General most earnestly requires and expects a due observance of those articles of war established for the government of the Army which forbid profane cursing, swearing, and drunkenness” (July 4, 1775).

Washington did not want our fledgling cause to fail because we had offended God. He said at another time, “The blessing and protection of Heaven are at all times necessary but especially so in times of public distress and danger.”

Many of us pray today for a great national revival. If such a thing were to happen, I know that profanity would lessen and with it some of the crudeness and coarseness of the time.

So, if profanity is on one’s lips and about to come out, he ought to heed the words of the historical Lincoln: "Better to be thought a fool than to open your mouth and remove all doubt."