Jeremy Dys
|
Posted: May 09, 2018 12:01 AM
Share   Tweet
The opinions expressed by columnists are their own and do not necessarily represent the views of Townhall.com. 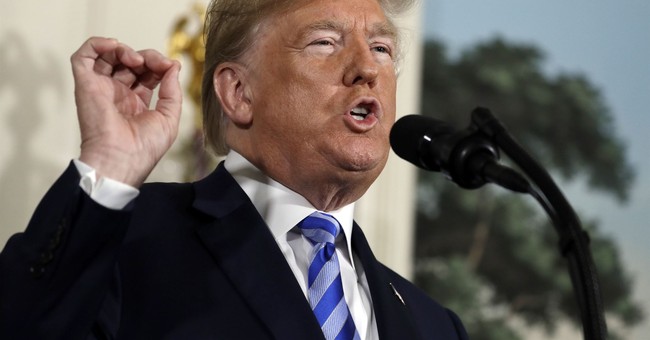 Americans have a long history of welcoming the compassionate and innovative work of religious individuals and organizations.

On this year’s observance of the National Day of Prayer, President Trump extended that history by announcing the creation of The White House Faith and Opportunity Initiative (“Initiative”). The initiative, rebranded from prior administrations, reaffirms our national commitment to welcoming the full participation of religious individuals and organizations to serve their local community, just like everyone else.

According to President Trump, “The faith initiative will help design new policies that recognize the vital role of faith in our families, our communities, and our great country.” Importantly, the President noted that the Initiative will bear the responsibility of ensuring “that faith-based organizations have equal access to government funding and the equal right to exercise their deeply held beliefs.”

Some may argue that the Initiative will unconstitutionally entangle the state with the church. It won’t. Religious organizations make an immense contribution to the country as a whole. When the White House welcomes the participation of religious organizations to the same efforts as their secular counterparts, there is little risk of church-state entanglement.

Others, with more nuance, will claim that the Initiative violates the spirit, if not the letter, of various state constitutional provisions known as “Blaine Amendments” or “no-aid” provisions.

They would do well to recall the plurality’s words in the Supreme Court case from 2000 questioning the provision of aid in materials and equipment to both public schools and private religious schools. In Mitchell v. Helms, the justices observed that the dark history of Blaine Amendments “arose at a time of pervasive hostility to Catholics and constitutionalized an idea born of bigotry.” In other words, these “no-aid” provisions are more contrary to our history of encouraging the free exercise of religion than consistent with the purpose of the Establishment Clause.

The Initiative does much to undo misguided attempts to disqualify religious individuals and religious organizations from fully participating in their local community. The language of President Trump’s executive order makes that clear: “The executive branch wants faith-based and community organizations, to the fullest opportunity permitted by law, to compete on a level playing field for grants, contracts, programs, and other Federal funding opportunities.”

To set a goal of a future “level playing field” suggests the field is presently imbalanced. This should not be. Across this country, Americans work to feed the hungry, end human trafficking, provide homes to the homeless, give advantage to disadvantaged youth, stem the opioid crisis, and much more.

Should organizations committed to any one of these be disqualified from “grants, contracts, programs, and other Federal funding opportunities” merely because their actions are motivated by religion? Certainly not!

But recent history suggests, unfortunately, that is precisely what happens. Last summer, after two hurricanes ravaged multiple states and territories of the United States, religious organizations—among the first of first responders to those impacted by the devastation—were told they would not be permitted to receive federal disaster relief funding.

In other words, just because the organizations were religious, they were excluded from critical funds that would help them continue to be the first responders to their community.

President Trump solved that problem earlier this year, but the recently announced Initiative will play a key role to maintain our national commitment that every individual, every organization is initially qualified to work with—and in some cases alleviate the burden of—the federal government to improve our local communities.

President Trump is right to recognize the important contributions that religious organizations make to their communities and our nation—and to use the power of his office to ensure that they continue to do so.