Israel's Golan Sovereignty Should Have Been Recognized Years Ago

Jeff Jacoby
|
Posted: Mar 27, 2019 3:00 PM
Share   Tweet
The opinions expressed by columnists are their own and do not necessarily represent the views of Townhall.com. 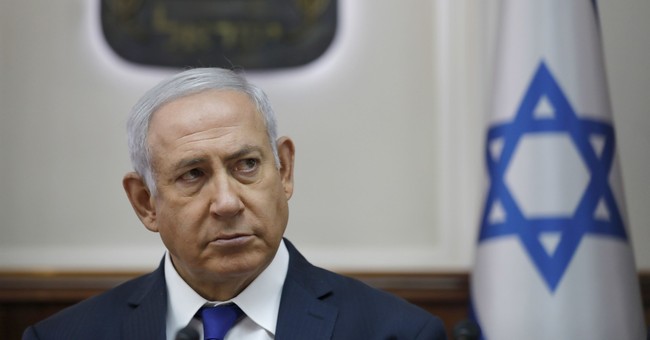 DURING A White House meeting with Benjamin Netanyahu on Monday, President Trump signed a formal proclamation that the United States recognizes Israeli sovereignty over the Golan Heights. In so doing, the president acknowledged a longstanding fact of life, bolstered a vital American ally, promoted stability in a deeply unstable neighborhood, and upheld the oft-ignored but crucial distinction between acquiring territory through aggression and acquiring it through lawful self-defense. Good outcomes all, extending the Trump administration's already exemplary record when it comes to the Middle East.

Trump's policy shift didn't sit well with everyone, of course. Those angrily denouncing it included the dictators and terror-sponsors who rule Iran, Turkey, Russia, Syria, and the Palestinian Authority. A few reflexively anti-Trump editorial boards chided the president for a "pointless provocation" that will "damage US diplomacy." Tellingly, though, there was barely any protest from most Arab governments, which in recent years have come to value Israel as an ally against Iran and its proxies. As a CNN headline put it, "Trump's Golan Heights announcement met with a shrug in the Arab world."

Trump's announcement is being described as a pro-Netanyahu campaign ploy, but no matter who wins Israel's upcoming election, the Golan will remain part of Israel. Which is why even Netanyahu's political foes applauded the American announcement. Benny Gantz, the retired general hoping to become Israel's next prime minister, publicly thanked Trump for his proclamation.

The president's signature changes nothing on the ground. Israel has held the western two-thirds of the Golan Heights — a plateau that towers over the Sea of Galilee and much of northern Israel — since the 1967 Six Day War. That war, recall, was one of blatant aggression against Israel: Syria joined Egypt and Jordan in an assault that Syria's Defense Minister Hafez Assad had labeled "a battle of annihilation" to "explode the Zionist presence" in the Mideast.

But Israel declined to be annihilated or exploded. It repelled its invaders and seized the Golan Heights, from which Syria had been shelling Jewish farms and towns for more than 20 years. In the aftermath of the war, Israel offered to return the territory in exchange for peace. Damascus refused to negotiate. It tried to recapture the Golan Heights in a massive armored invasion in 1973. Israel repelled that threat too.

Thus, Israel has ruled the Golan Heights for 52 years (1967-2019) — more than twice as long as the 21 years of Syrian rule that began in 1946. The contrast between the two eras could not be more open-and-shut, as Michael Doran, a former senior director at the National Security Council, testified before Congress last year:

"The last 70 years constitute the laboratory of real life, and its results are incontrovertible," Doran told the House Oversight Committee during a hearing on US-Israel relations. "When in the hands of Syria, the Golan Heights promoted conflict. When in the hands of Israel, they have promoted stability."

Nonetheless, Israeli and US leaders well into the 1990s kept trying to entice Damascus to make peace with its Jewish neighbor in exchange for a return of the Golan. In his first term as prime minister, Netanyahu used a secret back channelto communicate with Syrian President Bashar Assad about a land-for-peace deal.

Fortunately, nothing came of those efforts. Syria's implosion in 2011 plunged the country into a hellish civil war that eventually included Iran, Russia, the Islamic State, and Hezbollah. If Israel hadn't retained the Golan Heights, the plateau would likely have been captured by Iran or ISIS, and Israel might well have faced an unspeakable existential nightmare. Instead, the Golan Heights remained an oasis of stability and decency amid the savagery of the Syrian war. Israel even made use of the territory to provide medical care to thousands of Syrian civilians.

If Israel had seized the Golan Heights as an act of aggression, it would arguably have no right to keep the land even after all these years. But in 1967, Israel was the target. It seized the Golan in a defensive war against an enemy explicitly bent on "annihilation." Syria forfeited its sovereign right to the territory when it was defeated by its intended victim. To claim otherwise is to claim that a belligerent aggressor should lose nothing for waging an unlawful war. That would be folly. By endorsing Israeli sovereignty over the Golan, the Trump administration is sending a message of deterrence to would-be warmongers. It's a message that should have been sent years ago. Better late than never.