What Experts Predict, Reality Will Contradict

Jeff Jacoby
|
Posted: Jan 01, 2017 11:10 AM
Share   Tweet
The opinions expressed by columnists are their own and do not necessarily represent the views of Townhall.com. 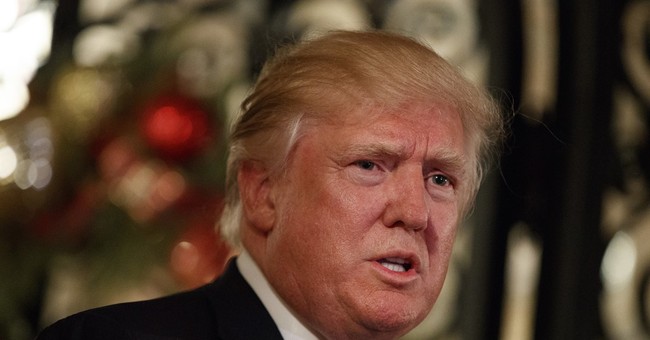 A new year dawns, and you know what that means: Insiders, pundits, and gurus will spend the next 12 months making confident predictions that turn out to be spectacularly wrong.

"I think that you listen too much to the soldiers," wrote the British statesman Lord Salisbury to the viceroy of India in 1877. "No lesson seems to be so deeply inculcated by the experience of life as that you should never trust experts."

But the experts themselves — often mistaken, but never in doubt — rarely seem to learn that lesson. Their forecasts will keep flowing in the year ahead, undeterred by their egregious blunders in the one just ended.

2016! Was there ever such a year for making donkeys out of seers? An entire column could be filled with nothing but the names of sages and savants, supposedly adept in the ways of politics, who confidently assured everyone that Donald J. Trump couldn't possibly win the Republican presidential nomination, let alone be elected president of the United States.

"If Trump is nominated, then everything we think we know about presidential nominations is wrong," wrote Larry Sabato, whose highly-regarded website at the University of Virginia's Center for Politics is called Sabato's Crystal Ball. Peering into his crystal ball on Nov. 7, he saw Hillary Clinton poised to harvest 322 votes in the Electoral College, handily defeating Trump in the next day's election.

Countless experts made similar predictions. "GOP insiders: Trump can't win," read a Politico headline last summer. Atop the story was the cocksure analysis of one of those insiders that nothing could keep Trump from losing short of "video evidence of a smiling Hillary drowning a litter of puppies while terrorists surrounded her with chants of 'Death to America.'" Pollsters, politicians, and even the incumbent POTUS announced with perfect certitude that a Trump victory was off the table. Indeed, prophesied Damon Linker, senior correspondent at The Week, not only would Trump lose, he would "lose in the biggest landslide in modern American history."

By no means was it only in the realm of US presidential politics that experts blew it.

At Fox Sports, Sam Gardner insisted on Opening Day that the Chicago Cubs "weren't ready to make the leap" to the World Series. He was still insisting six months later that the Cubs' World Series drought would persist.

Climate experts predicted that by the late summer of 2016, for the first time in 100,000 years, the Arctic Ocean would be effectively ice-free. Peter Wadhams, head of the Polar Ocean Physics Group at Cambridge University, said the decline in sea ice was unstoppable. But when satellite images for September were released, they showed ice levels greater than they were in 2012.

Fortune magazine played up the doomsaying of Wall Street strategist Albert Edwards, who warned that 2016 would bring the biggest stock-market crash in a generation. "The illusion of prosperity is shattered as boom now turns to bust," Edwards wrote in January, amid a market swoon. Bust? By year's end, the Dow was flirting with an all-time record high.

British experts of every description made the case for keeping the United Kingdom inside the European Union, and pollsters were sure Brexit would go down to defeat. But on the day of the election, voters tore up the script, handing the "Leave" campaign a victory margin of more than a million votes. Michael Gove, the UK's justice minister and a leading Brexiteer, had been laughed at when he contended: "People in this country have had enough of experts." Maybe the experts should have listened.

Maybe all of us should be more skeptical when experts are telling us what to think.

A book I cherish is The Experts Speak: The Definitive Compendium of Authoritative Misinformation. Compiled by Christopher Cerf and Victor Navasky, it mercilessly documents the uncanny ability of experts to get things hopelessly, cataclysmically wrong. Flip through it at random, and marvel at the howlers: Business Week reporting in November 1929 that the Wall Street crash would not lead to a depression because the economy was "stronger than ever before." The 50 political insiders unanimously predicting Thomas Dewey's defeat of Harry Truman in the 1948 presidential race. The 1977 declaration by Ken Olson, president of Boston's Digital Equipment Corp.: "There is no reason for any individual to have a computer in their home."

For hundreds of pages, on hundreds of subjects, the experts get it wrong. I've often wished that The Experts Speak was supplied with an annual supplement, the better to be reminded that knowledge is no guarantee of truth, and that renown doesn't equal prophecy.

A new year dawns. Really smart people are gearing up to tell you what to think. Hear them out, if you like, but remember: There's an excellent chance they'll be wrong.