Jeff Davidson
|
Posted: Mar 08, 2021 12:01 AM
Share   Tweet
The opinions expressed by columnists are their own and do not necessarily represent the views of Townhall.com. 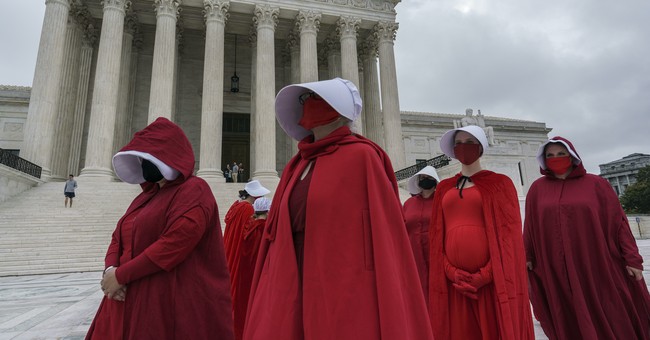 I switched to a mostly vegan diet years ago. My principal foods during the week are greens, beans, and berries. Occasionally, I allow myself to stray, a few times per week, with chicken or fish, and usually when I'm out and about with others. I’ve found that 19 vegan meals out of 21 per week still yield great benefits.

One of my local groups, Raleigh vegans, periodically holds a potluck dinner. Everyone brings some yummy dish that contains no meat, fish, eggs, or dairy. Periodically, at the start of meetings, someone will make an announcement of "community interest." Invariably these messages are political.

‘Progressive’ is Not Synonymous with ‘Progress’

Virtually all such announcements represent the liberal, "progressive" viewpoint, which I might or might not share (Hint: I do not.) "Progressives" believe they are on the "right side" of history, although I can discuss at length how "progressive" policies have doomed whole subcultures within our society, have decimated the black family, have placed us on the brink of national calamity, et cetera, but I'll spare you.

I've chosen to eat a mainly vegan diet, but I do not subscribe to the mindset that only "progressives" have the intelligence to do so. Being vegan or vegetarian doesn’t require being a liberal. Do not middle-of-the-road voters and Republican voters read health magazines? Do they not clip out articles on the benefits of plant-based diets? According to progressive dogma, they do not. Such an erroneous belief is, of course, silly, but then so many progressive viewpoints are silly.

I am registered as a non-affiliated voter. At a dinner recently, in conversation with one of the ladies at my table, I learned that she does not believe any Republican "would choose a vegan diet." I told her, "I know several who are vegans." She was surprised, as if no Republican could muster the requisite brain power to come to such a decision.

"Progressives" believe that anyone who does not capitulate to their point of view, by definition, must be an idiot. So, in their cloistered world, it's nearly impossible that a registered Republican could be a vegan. What’s more, it's not likely that a Republican could be interested in donating his time and effort to charity.

For any social cause or community good you can cite, the "progressive" view is that Republicans don't participate in such activities. Why not? Apparently, Republicans (and this means all of them) are too busy looking out for themselves, seeking to make obscene amounts of money, ravaging the environment, suppressing women and minority groups, and exploiting others, among countless other misdeeds. I personally participate in a variety of charitable activities. I know other independents as well as registered Republicans who do the same.

As someone who has voted on all sides of the spectrum, in the last couple of decades, I have leaned Right, despite the RINOs and some instances of their short-sidedness, because I’ve witnessed that the Left causes considerable damage in all realms.

The Altruism of the Right

I know Republicans who, whether in business for themselves or holding an executive position in a larger organization, are totally committed to the well-being of others. These people wouldn't think of making a dishonest dollar. They participate in community activities. They help others. They look out for the environment.

Indeed, in 2018, The New York Times article, “How Political Ideology Influences Charitable Giving,” states that, “Red counties, which are overwhelmingly Republican, tend to report higher charitable contributions than Democratic-dominated blue counties,” although giving in blue counties is often bolstered by a combination of charitable donations and higher taxes.

I have remained silent over the years when I attend functions primarily consisting of "progressives" when they endlessly perpetuate the same stereotypes and false narrative: "Everyone here must be a progressive because, after all, we know what's best, such as being vegan.” So how could a Republican, or someone leaning right, have any interests in this lifestyle?

Going forward, I have chosen to speak up. I state that I am here for the meal, not the politics, and the two, despite the intense wish of "progressives" that they are inextricably linked, are not linked.