Why Some States Are Ripe for Election Fraud

Jeff Davidson
|
Posted: Dec 12, 2020 12:01 AM
Share   Tweet
The opinions expressed by columnists are their own and do not necessarily represent the views of Townhall.com. 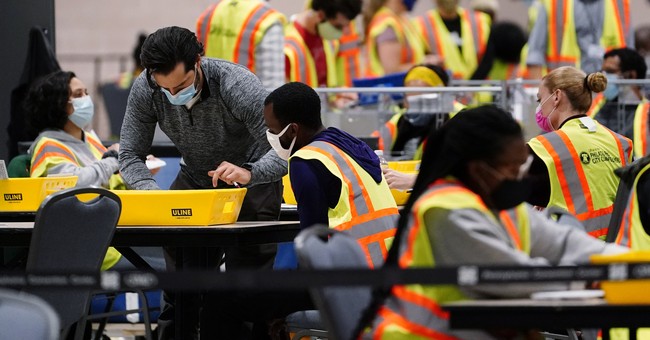 It’s been nearly six weeks since the election and electoral votes in swing states are in flux. Texas, joined by at least 17 other states, sought to sue Pennsylvania, Michigan, Wisconsin, and Georgia for unconstitutional changes to 2020 election Laws. The U.S. Supreme Court, however, ruled that Texas has no standing.

Texas and fellow litigants had a legal precedent from seven weeks ago. On October 26, 2020, the U.S. Supreme Court rejected a bid by a 5 to 3 margin from Wisconsin Democrats "to extend the deadline for counting mail-in ballots received after Election Day."

Apart from all the squabbles, legal wrangling, and controversy, what makes Pennsylvania, Michigan, Wisconsin, Georgia, Arizona, and Nevada conducive to election fraud and criminal activity, and less so in Florida, North Carolina, or Ohio?

Examining the population centers of the six states still in question, something unmistakable and rather remarkable emerges.

Why Not Florida, Ohio, or North Carolina?

Lastly, did other states, that have seldom been cited, experience notable election fraud? For now, no one knows, and few are even looking. In Minnesota, Minneapolis/St. Paul has the largest population by far. In Virginia, Fairfax County and counties near D.C. represent the bulk of the population. Any election malarkey in Minneapolis/St. Paul and in Northern Virginia can flip their respective states to one candidate or another.

So, why are Pennsylvania, Michigan, Wisconsin, and Georgia, as well as Arizona and Nevada, hotbeds of election controversy?” Considering population dispersal, all six are ripe for election fraud.