No Gap Between Political Correctness And Insanity

Jeff Crouere
|
Posted: Apr 09, 2016 12:01 AM
Share   Tweet
The opinions expressed by columnists are their own and do not necessarily represent the views of Townhall.com. 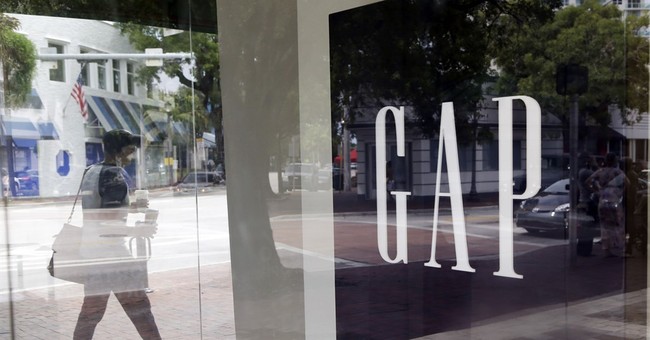 The United States of America in 2016 is a country in deep trouble. We are facing severe economic and national security challenges, made worse by almost two terms of destructive Obama administration policies.

Even more troubling is the assault on our culture through a never ending quest for more multiculturalism and political correctness. The flow of both legal and illegal immigrants has continued unabated for over five decades. Currently, according to the U.S. Census Bureau, there are 15.7 million illegal immigrants residing in the United States. Amazingly, attempts to deport these lawbreakers or even reduce the flow of government benefits being delivered to them are labeled as racist by liberal elitists.

Whereas previous generations of immigrants gladly assimilated into this country, newcomers are encouraged to retain their own identity and language. A pro-America attitude is discouraged in some communities and even flying the American flag is viewed as too nationalistic and even jingoistic.

Despite the election of the first African American President in 2008, the country’s race relations are at a very low point and getting worse. Barack Obama was supposed to unite Americans, instead he specializes in driving a wedge between the races. To make matters worse, he has surrounded himself with cabinet members who share his destructive philosophy. It is contagious and has been co-opted by radical groups such as Black Lives Matter, among others. The trolls on social media create an even more toxic environment by turning harmless situations into racial controversies.

The latest online racial flash point occurred this week after the hip, liberal and politically correct clothing company, Gap, released an advertisement featuring four young children. The models were pictured in Gap clothing, in various poses, with one of them resting her arm on the head of another child. Low and behold, the Internet exploded with anger as the smaller child is African American and the taller girl is white.

The reactions were truly ridiculous. One commented that ad supposedly shows that all black girls can do is “bear the weight of White girls.” Others said they were offended by the “optics” or found the context “off-putting.”

In today’s America, almost everything is viewed through a racial context and there is a constant stream of online activists ready to cry “racism.”

The result was predictable as Gap executives quickly removed the ad and apologized to “anyone we’ve offended.” They also emphasized that the company has a 46-year history of “championing diversity and inclusivity.” It was a disgusting display of politically corporate leaders asking for forgiveness and being traumatized by racial agitators. It is similar to the reaction of Fortune 500 companies when Rev. Al Sharpton or Rev. Jesse Jackson come calling.

Of course, there was truly no reason to apologize. The advertisement was innocent, not racist. Nonetheless, the incident and advertising nightmare did provide several delicious ironies. Not only did the criticism sting Gap, a bastion of liberal activism, but it was also directed at Ellen DeGeneres, a lesbian celebrity beloved by Hollywood liberals. The youngsters were modeling the Gap’s Ellen DeGeneres clothing line.

In addition, it was discovered that a previous Gap advertisement featured a young African American girl with her arm resting on the head of a white girl. Of course, such imaging is perfectly fine to the activists who cry that only “black lives matter.” At the time, there was no outcry and the company never apologized for such a display of obvious “racism.”

Thus, the message is that the “optics” of a white girl being used as an arm rest is fine, but not a black girl. It is insane that this controversy even erupted, especially when it was discovered that the young girls modeling the Ellen DeGeneres clothes are sisters. Their mother is actress Brooke Smith, who tweeted that “everyone needs to calm down” about the advertisement.

Yes, Ms. Smith is correct, the captains of political correctness in the media, Hollywood, our colleges and universities, the corporate world and throughout the Internet, all need to calm down.

Unless we calm down and change direction, this racial over-sensitivity will destroy the nation. We will continue to see manufactured controversies, more division and more unrest.

Americans must destroy the demon of political correctness, start facing reality, and stop living in a fantasy world where the bogeyman of racism is everywhere.