Jeff Crouere
|
Posted: Jan 16, 2016 12:01 AM
Share   Tweet
The opinions expressed by columnists are their own and do not necessarily represent the views of Townhall.com. 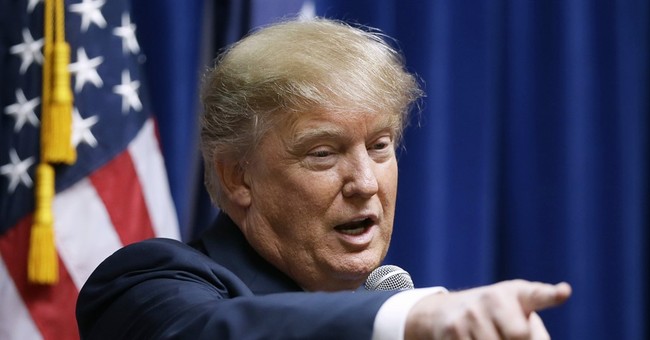 Most analysts believed it was Trump and Cruz who dominated the debate and maintained their position at the top of the polls. Clearly, neither candidate is a favorite of the dreaded GOP establishment, which is desperately trying to bolster the chances of a more moderate candidate to win the nomination. This is evil, because it is an attempt to thwart the will of the people and continue the power and privileges of a select few, the elite party insiders.

Their first choice, former Florida Governor Jeb Bush, has been a bust so far in the election. Bush is languishing in single digits, behind Trump, Cruz, Dr. Ben Carson and Florida Senator Marco Rubio. To improve Bush's chances, additional endorsements will come in from moderates such as South Carolina Senator Lindsey Graham, who threw his anemic support behind Bush today. Graham claimed that Bush was "ready to be a Commander-in-Chief on day one." Graham is known for his hawkish foreign policy positions and his call for more strident military action against enemies abroad. He claimed that Trump says things "that make no sense."

There is no love lost between Graham and Trump, who fired back at the Senator in a strongly worded tweet, asserting that "Sen. Lindsey Graham embarrassed himself with his failed run for President and now further embarrasses himself with endorsement of Bush."

Bush is hoping to make South Carolina his firewall and is trying to gain additional endorsements from key politicians in the days ahead. His next targets will be South Carolina’s Governor Nikki Haley and Senator Tim Scott. Bush realizes that if he loses Iowa, New Hampshire and South Carolina, his campaign will be on life support.

The establishment has a back-up plan if Bush continues to falter, Florida Senator Marco Rubio. He is attractive to the party insiders because he supports immigration reform. He was a member of the notorious "Gang of Eight," that tried to push through amnesty for illegal aliens. While Rubio has been struggling to connect with conservatives because of his pro-amnesty immigration position, the establishment clearly supports him.

If neither candidate can prevail against Trump, establishment Republicans have another option, block their nomination at the convention. In early December, a meeting of party leaders, including RNC Chairman Reince Priebus, was held to discuss the possibility of a brokered convention in Cleveland in July.

This same theme was championed this week at the Republican National Committee (RNC) meeting in Charleston, South Carolina. Holland Redfield, a committee member from the Virgin Islands, implored the party to stop Trump. Without mentioning his name, Redfield implied that Trump's position to block Muslim immigration and build a wall across the Southern border with Mexico was "reducing our label" and showing "disrespect in many cases for ethnic minorities." Redfield said he received plenty of support from other RNC members, who share his dislike of Trump.

It is no surprise that the establishment agrees with Redfield. For evidence, just look at how Governor Haley attacked her own party's presidential front runner in the official Republican Party response to Barack Obama’s State of the Union address. On national television Tuesday night, Haley said that the party should resist the "siren call of the angriest voices." She admitted in a television interview the next morning that her comments were "partially" aimed at Trump. Incredibly, her speech was approved by both House Speaker Paul Ryan and Senate Majority Leader Mitch McConnell, exposing to the nation once again the nasty rift in the GOP.

All of these attacks show that the Republican Party establishment is trying every possible method to destroy the candidacy of Donald Trump, their presidential front runner. Of course, the Democrats would never do this, they are too smart to commit intra-party suicide.