Yesterday’s WHO Report: Evidence Only of China’s Rise

Jason Killmeyer
|
Posted: Mar 31, 2021 12:01 AM
Share   Tweet
The opinions expressed by columnists are their own and do not necessarily represent the views of Townhall.com. 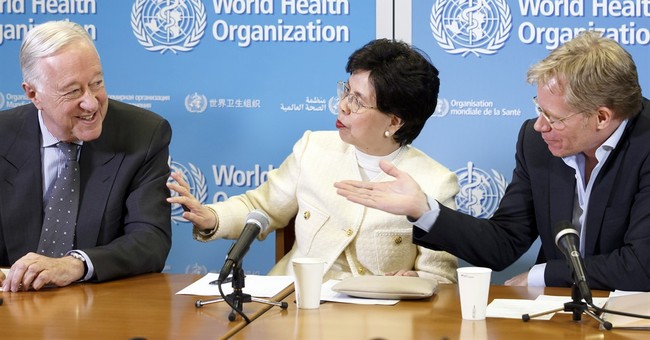 When the bigger chess pieces start to move, the capitulation of the world in this moment will be one of the seminal moments to remember. An unchecked rising power confidently and with little tangible consequence prevented a legitimate and timely investigation into a scourge that may also been one of the worst industrial accidents in modern history. Just to be clear, if it came from the lab, that’s what this was: a failure of safety protocols at a place of work. U.S. scientists and bureaucrats who visited the lab observed the lack of safety protocols, the insufficient mechanisms to prevent this from happening. That we won’t continue driving forward until there’s a greater degree of certainty – whichever origin is proven correct – is a collective failure; this is too risky an endeavor to leave such remaining doubt.

I am no longer privy to classified information, but I sure as hell hope our intelligence community is digging deeper than the WHO did. There was an early signal from February’s preliminary results that this report would not seriously answer questions about the origin of the virus. The very fact that the CCP conspiracy theory around food packaging was given the space that it was (even if its low likelihood was mentioned in the final report) told us enough of what we needed to know about the type of product we were going to receive. Other than the above intrigue, what’s interesting about the WHO Report isn’t what’s in the WHO Report. It’s of little practical value, and a small consolation for the $200 million in backpay we transferred to the WHO in February, while also politely insisting that China make available data from the beginning of the outbreak so the world could protect itself. Spoiler alert: they won’t.

The report’s utility instead can be found in what it teaches us about Beijing’s exercise of power within international institutions. This debacle is not the WHO’s fault, they are at the mercy of the great powers. And we have seen this before as the Soviet Union worked within our international institutions to advance its revolutionary goals in ways that complemented its other, more direct uses of power. What’s surprising is how crudely China is wielding its power and how quickly it’s doing so.

We need to stop being surprised: as a general rule the country with the actively operating concentration camp is generally going to be cavalier in how it behaves globally. As a corollary to that rule, when that same country faces very little response from the world about said concentration camps, they will generally not worry much about being responsive in other matters of importance to the world. In this instance, our world’s health organization – the group tasked with figuring out for the global community how to prevent another pandemic – has failed explicitly in that task. There isn’t a second WHO, and there is no other big global effort as likely to succeed. The opportunity has passed, and we are all less safe for it.

Three million people died around the world and we, all of us, have a vested interest in preventing another catastrophe of this scale. We do not make the next catastrophe less likely if we are unwilling to even dig further about the source of the pandemic. Yesterday's WHO report is too inconclusive to be of service to the medical and scientific communities we’ll task with making the next pandemic less soon or less deadly. This report essentially allows them nothing new or concrete to plan against as it relates to scientifically sound preventive measures.

Why yesterday is important is not about the usual scoring or domestic political points by dunking on China, nor about excoriating the flawed decision to give funds back to the WHO. The important takeaway is instead not for our scientists, it’s for our national security experts and our allies in the global community: this crisis is an output of China’s rise. Beijing is moving at speed, aware of and comfortable with forcing the world to accept the externalities of that rise: from record coal emissions, to widespread persecution within its borders and subversion outside them, to a deadly pandemic taking lives around the world at this very moment.